My last few 5Ks have been slower and more difficult, I'm not improving on my time, it's getting worse. This has all happened since I started doing longer runs, so I'm thinking my brain is having trouble moving between paces.

I'm doing hill/speed traiming once a week but it doesn't seem to be helping.

Has anyone else had this problem, and does anyone have any tips? 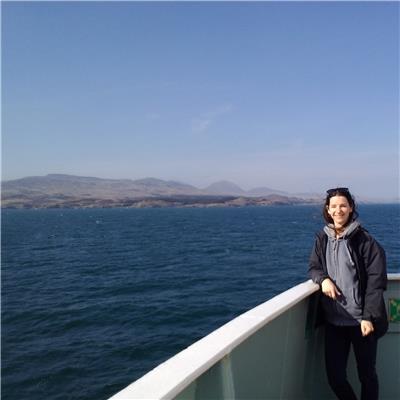 I_will
Graduate
To view profiles and participate in discussions please or .
20 Replies
•

Yep, I went backwards too and was running slower 5 k's. It does improve though but you have to give it time

Are you in training for a specific distance? I ask this as it's quite possible you're doing more running than you need to

I'm doing a 10K in November but running longer distances than that on my long run each week just because I like it. I'm just slowly increasing.

There is an 11mile run I wouldn't mind taking part in just before Christmas but I haven't set it as a specific goal because I don't want to end up doing too much too quickly. If I get there I'll go for it though.

Glad it's not just me, and that it improves. Did you do anything or did your body just make it's own adjustments over time?

Hi I_will. I've been doing that lately. Have you tried switching up routes? I have and it has helped some. My last run started way too fast and I faded. I think new tunes are in order. Hang in there, I'm in the same place

I am changing my routes around. Maybe it's just a passing phase ... I hope so.

Thanks for the encouraging words, it helps to know I'm not the only one!

Maybe try running a shorter distance when doing the hill/speed runs and do one 5k run a week. That's what I did and it seemed I had more energy on the 5k. I'm sure things will start improving naturally though

I_willGraduate in reply to paul2014

Funny, I'm starting to like 5K less which isn't helpful. Think I need to make friends with it again .... somehow!

I know what you mean. Try the shorter distances as above and you may start liking the longer, 5k run especially if your times start improving

I think you're probably trying too hard, too often. We're not meant to improve every time. It's quite normal to plateau for a bit, and if you're doing longer runs at a slower pace it's not surprising that your normal running pace is slower. Most training plans set up something like you're doing, but with the aim of a 5km on a particular date. So why not stick with your slower pace and then try a faster 5k on a day when you've tapered your long run for a week or two. Doing your faster 5k at a parkrun might help, because then you will have others around to help you keep going and not just settle into what feels like a "normal" pace.

I'll give that a go - (getting too obsessed with times isn't helpful!)

I started doing 3 k's to help make my 5 k faster. It works! Also do Fartleks. Just 30 seconds bursts are good! I think we believe that longer distances help the shorter ones but I don't think it works like that. Following my 5 k race training plan I found that I never had to run further than 5 k but lots of times I had to do 3 k's, which is what I meant by running too much. The short 3 k's are really good as they take less time up out of the busy day

I do fitness DVD's to help me get stronger. I think they're working as I feel much fitter. I do these 5 or 6 days a week as well as running every other day

If you're doing, walking, swimming and cycling etc you should be fine

Thank you. I started doing 3Ks but swapped them for hill training. I need to mix and match depending on my mood perhaps

Exactly, when I do my hill run and speed run I usually do around the 3k then I do a 5k once a week and it seems to give me more energy on the 5k

Yup I've been finding the same I will. I have my first 10 k on sat and times def not improving although I am finding I feel stronger when running. Taking about 2 and 3/4 times 5 k time to do 10 k which at first I found disappointing but now actually quite enjoy the long ( for me anyway) slow runs . Someone told me it takes few weeks to see benefit of training so I am ever hopeful. I have been following bupa 10 k intermediate training plan. It mixes up runs and fits with my life style. Good luck

I_willGraduate in reply to Fitfor60

We'll all get there eventually! I think I got a bit cross with myself after seeing the speeds of the other women in my age bracket at the Parkrun as well, but I think probably they've been running for much longer than me too.

Yes, I think we have to remember that we are new runners.

I was very comfortable with long, slow runs but found they were not helping my speed. It was only when I was confronted with a proper plan that I realised the error of my ways. I think getting a proper plan from asics or bupa does help. They are experts and we're not!

We will get better though. We learn as we go and have fun while we're at it.

Just the same ! I am going to try shorter and faster to see if that helps.

It seems more common than I thought!

I have read that we should exercise/train for a particular goal. Hence , when training for 10K , we will naturally run slower over 10K than what we do for 5K ( unless we are elite athletes

) Our body gets used to running at this 10K pace and wants to do it also for 5K. I have found that because I was training using run/walk for a 14K race, I am now having difficulty getting back to non-stop running - so I am starting out now on a beginners non-stop 5K race training programme. IN six weeks this will lead me to itnermediate and advanced non-stop %K training programmes . It is during those I should expect to be able to pick up some pace.

I_willGraduate in reply to Bazza1234

That's interesting Bazza thanks. Makes sense doesn't it? Trouble is, I want to do everything!

What happens after 5k? Any recommendations for apps?

I have two stone to lose and want to keep going at the end of the programme. Michael Johnson has...

right now I'm worried I'm going to go outside for the first time and embarrass myself. I'm scared...

plan now being that once I've built my strength and confidence up a bit, I will move onwards and...

I hope this gives inspiration to anyone who needs it

Grab your baked in the sun JUNE graduation badge here