what did you do after graduation?: Hubbie and I... - Couch to 5K

Hubbie and I have one week to go (how did that happen?) and so are looking for whats next. Really looking forward to running with own music, so def. want to do that, but not sure if should intersperse with some 5K+ pod casts - has anyone done them - how are they?

Also, I know now that we will not be running 5K on graduation, which is fine, but want to get there , so whats the best way to increase?

a) Should we do same time, and hope we gradually go further and further,

b) Increase time week on week by a small amount until we get to 5K and then keep running that distance, until we get quicker 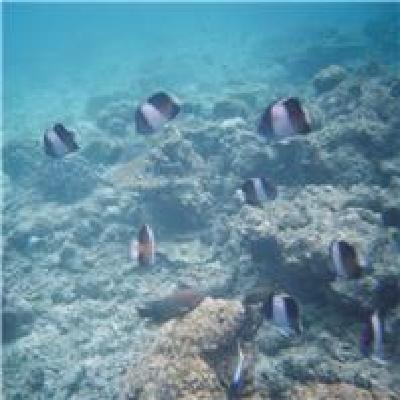 Plinth
Graduate
To view profiles and participate in discussions please or .
7 Replies
•

They are quite a few blogs on the 5k+ podcasts (which are excellent, by the way). Look out the tags "Stamina", Speed" and "Stepping Stones".

My own music for a while and my own thing too. It was lovely to have the freedom of doing a gentle jog or a short fast run, what ever took my fancy. I worked on reducing my time for 5K. I mixed up my running by doing some HIIT, some hill work and a long run throughout the week. This not only helped reduce my 5K time but also helped with extending my distance from 5 to 10K. Once the C25K+ podcasts were brought out I used Stepping Stones and Speed, loved the Speed. Good luck to you and well done.

the 5k+ podcasts werent available when I graduated so I just aimed for adding a couple of minutes a week until I got to that magic 5k. once I was comfortable running 5k/30mins I carried on running regularly & added a long run each week. just adding 10% so as to not overdo it too much. be careful though, I did overdo it on the treadmill, adding lots of faster runs & hills & ended up with poorly knee that took me out of running for a month, so the 10% rule is quite important.

I found I needed the structure of a plan so then went on to Bridge to 10K, the 6 week plan. after that I did occasionally add a run where I would run the first 10mins as fast as I could to see how fast I could go & then carry on for about 3 miles. or I would do some interval training. audiofuel.com have some great podcasts with voiceover, but not as much as laura, telling you when to speed up/slow down. maybe have a look at those.

good luck with finishing the plan. glad to hear you still want to carry on running

I just enjoyed bashing out the 30 minutes... worked up to 5k fairly quickly (which is a lot more time running for me) then used some Audiofuel which set me up well for the NHS C25K+ podcasts coming out. Worked a bit on hills. Did runs with no music, did runs with talk podcasts.

Most recently I've been doing Runkeeper's Run for Fat Loss plan... taking me a while but with 2 runs to go I am looking to the next challenge which I think will be 10K (that's going to be a long time out running as 5k takes 55 minutes fairly reliably)

I did my first 5k on 25/04/13. It took me around 34 minutes, so for a couple of weeks I concentrated on getting that below 30 minutes. Unfortunately, I still haven't managed it!

So, I decided to concentrate on distance and hope that speed will eventually come with fitness. I did 6k, then 6.3k (just for the sake of nominal improvement). Then I decided to have a big push and did 10k last week (07/06). I managed that and did 12k yesterday (7.5 miles) - that took me 1h 22m.

Amazed how far I've come - 5k to 12k in little over a month and 0k to 12k in about 3 months. I didn't use a podcast or anything like that to get from 5k-10k...just kept going. The final 1k was a bit strange...my legs were not doing as they were told.

Tempted to go back to 5k now to see if I can beat the mythical 30 minute mark...

I am too at the crossroads of completing c25k and what to do now. I would like to improve my speed. I also have always used the same route so would like to get a little bit adventurous and deviant from the norm to branch out to the surrounding area!!

I thought I might try the 5k+ podcasts and create my own playlist of music to provide inspiration. Good luck and well done!

I have recently graduated and now go to my local parkrun every Saturday morning and have also tried the local Sweatshop running community runs. I am amazed at how much is going on out there. My PB is 31'42 and I am aiming to get this under 30 minutes before increasing the distance.

My next goal is completing the KIngston 8.2 mile run on October 13th.

My 19 year old daughter who has never been interested in sport or fitness is now looking to join me on the runs..this running lark is infectious.

Life after graduation. What Sybil did next!!

line - every run counts and if you’re still out there running after graduation that’s what matters....

Graduates...what do you advise after C25K?

so once I graduate should I be looking to improve times or increase distance? Maybe both?

What to do after graduation?

is very slow, so maybe I should aim to improve this? Or aim to run further?

What to do if you graduated but didn't reach 5k?

What's the next step?

Do you continue repeating the last week? That'd be boring...

Graduation – did you do anything special for Week 9 Run 3?

a special run for Week 9 Run 3 (or for when you actually Graduated) or did you just Graduate...