Side effect or sickness?: I was on Augmentin for... - CLL Support

I was on Augmentin for a sinus infection. On the last day of the antibiotic, January 31st, I started taking imbruvica/ibutinib. The next day I felt great. Two days after starting I came down with a horrible cough and stuffy sinuses. Some days I don't have the cough and feel fine and then the cough comes back and I feel horrible. Yesterday I even ran a fever. Has anyone had any side effects like this? I can't decide if I'm sick because it seems to come and go or am having a side effect of imbruvica. 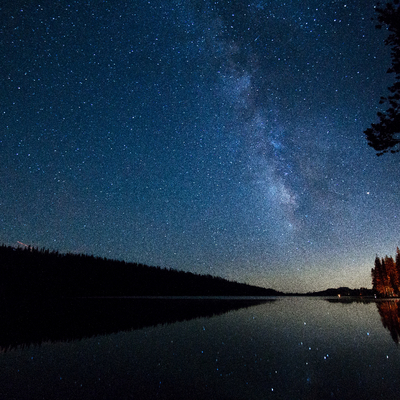 siciliansoul
To view profiles and participate in discussions please or .
Read more about...
11 Replies
•

Yes I have similar issues. For example, I will wake up feeling like I am coming down with a cold. Then the next day I will be fine. Right now I have had a cold since Christmas. I have had 3 different antibiotics. Some days my eyes get all watery, like I have allergies. I had allergy testing and nothing showed up. Also my oxygen will sometimes be very low; then will return to normal. My biggest issues are fatigue and joint pain. I am going to have a knee replacement next month. I think taking Imbruvica has a lot to do with my other medical issues. I have to go off for the surgery and am curious to see if this “cold” clears up.

Best of luck to you, I know what you’re going through.

Dorothy Star living with cll since 2004.

Thanks for the response. It is SO helpful to hear from other people. I'd like to hear whether or not your cold clears up, if you think of it. I have also had some joint pain but my fatigue was going on long before I started the pill so I can't tell if it is also causing it. Actually, I've only been on it for two weeks which is probably not long enough to know much of anything. Best of luck to you on your surgery!

I feel the same way. Sometimes I feel fine, and a little while later, it's like an allergy fit. I did read that a cough is a possible side effects? It's starting to really annoy me. It's like a very dry, unproductive cough.

Thank you for responding. It's really great to have input from other imbruvica users.

Thanks for the response. It helps to make some sense out of all of this. This one is a wet cough so maybe I am sick too. They just put me on a second antibiotic to go with the first. When all is said and done, at least I'll know what to most likely expect.

Since starting Ibrutinib I wake up every morning with a stuffy nose, some days worse than others. Also have a dry cough which comes and goes and is especially aggravated by breathing in cold winter air. Daily sinus cleansing with a saline moisturizing solution helps.

I will try that. Thank you so much. It's so hard to tell what's causing what.

I can't speak to being on ibruntinib, but I can tell you that sinus/chest infections seem to be part of the CLL package. I had a few rounds of FCR along with a trial drug, duvelisib. The winter after I stopped I had a sinus and chest infection that lasted 9 weeks - not terrible, but horribly annoying. I had another round the following winter - not quite as bad - and finally my CLL doctor prescribed IVIG - infusions of Immunoglobulins - every month. It has made all the difference - the following two winters have been fairly free of those issues. I don't know what your insurance situation is - it's very costly - but might be worth asking about if your symptoms continue. Best of luck to you - sounds as though you have just started treatment?

I started the imbruvica four weeks ago. My other illnesses seem to have run their course and I'm just left with a cough. My mother did the IVIG for years because she kept getting pneumonia and landing in the hospital. Her count was very low. They worked well for her too. She did not have CLL however. Best of luck to you too. It sounds like you've found a good source of help.

I am on ibrutinib now 5 years. I have pretty constant sinusitis. Maybe allergies, who knows? Runny nose especially in the morning. Tried the usual OTC allergy meds that seemed of no help. I have decided to put up with it. However, one sinusitis flareup 3 years ago did cause pain and fever. That needed antibiotics (amoxicillin\clav for 10 days). That cleared it up.

Thanks for your reply. I see that this is a fairly common side effect. It's good to know. It's like having little children and never talking to other parents. You start to think what you are experiencing is weird.

Side effects from imbruvica

I started taking imbruvica a week ago. The side effects are awful. Every joint in my body has hurt,...

worse in terms of side effects. Days 1-2 were fine, but these last couple of days have seen some...

Side effects from Imbruvica

Hello, I’m on Imbruvica for almost 3 years. Have some side effects: UTI, palpitation in my heart,...

Is imbruvica side effect reversible?

if the imbruvica side effects reversible if the drug stopped? I am sure 100% it is side effect...

Side effects of IMBRUVICA

I am 2 weeks in Imbruvica. Did someone say facial blotches can be a side-effect? What did they look...

COVID and (lack of) access to monoclonal antibody treatments