Plenty to think about: Another week over and... - Bridge to 10K

Another week over and another 3 runs under the belt.

Monday was my steady run of the week, as it was raining it was rather a soggy one! With high vis florescent waterproof on, I jumped outside, might as well not have bothered with it as I came back wetter than a drowned rat!

Wednesday was my interval session, bright and early. I recently changed my session to run for 100m flat out instead of 400m. This has increased my running speed but had me feeling I am not running enough as I end up walking the rests. So I am thinking about altering to do a mix of 100/150/200 during the same session. Also considering changing to an evening slot instead!!

My next running day was Saturday. Last week was a really nice gentle run which I loved but I was determined to make this week a faster run.

So it was out and off on my usual town and back run. After a push up the hill at the start, I was feeling that I wanted to rest but kept going. I knew that the uphill bit was followed by an easy downhill section so took that as my rest instead.

Going to have to think about how to get some longer runs back into my programme as I am beginning to miss them. There seems to be a lot to think about!! Even considering whether a 4th run in the week is a good idea or not. 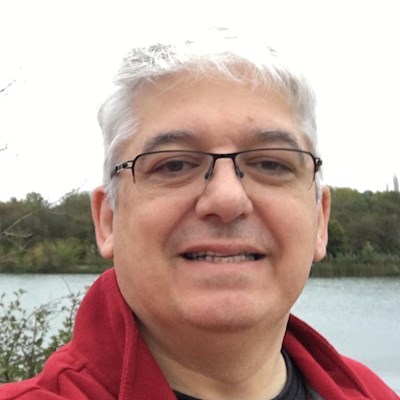 Richard7
Graduate10
To view profiles and participate in discussions please or .
10 Replies
•

I have long given up on so-called waterproof running jackets, Richard! They never work and make me sweaty! Plus, you can only get so wet, so I just embrace the rain these days. 💦😁

Sounds like a good running week to me. I do short runs in the week and save my lovely, slow, long runs for Sat or Sun. A short interval run, a 5km at whatever pace my body is telling me I am up for, and 7k plus on the weekend. Just got to find what works for you...easier said than done though!

Sounds good. I am thinking about alternating my weekend run between a hard 5 and gentler long!

Well done on pushing up that hill Richard. I'm trying to do a long run at the weekend but am adding hills which is very disheartening (but i can only get better right?), a 4km interval run at lunchtime (also tough but short) and a 5km recovery run (again at lunchtime). What's 100/150/200 please? Good luck

My interval runs used to be 400m run with 2 mins rest repeated 10 times. Following some helpful advice I changed it a couple of weeks ago to 100m run followed by 90s and repeat that 12 times and top and tail the session with a 1k run. So what I am considering because it feels like the interval run session does not have enough running in it is changing it to do something like 200m rest 150m rest 100m rest then repeat a number of times. That way I get more of a mixture in my interval session and more running. My problem is that after doing the 100m dash I end up walking the rest bit so the other option is to keep going with the 100m and try to jog the rest sections. I will probably decide Tuesday evening or Wednesday afternoon depending on when I had out 🤔

Did my first run with the new mixed up intervals tonight.

I had it programmed into my watch.

The intention was to have mixed pace but instead it allowed me to run at a more constant pace for more run time.

Still not jogging the rest elements but at least I increased my overall running distance.

Sounds like it's a better method than your last one, for the moment. I did intervals yesterday. I followed a 30 minute guided run on Nike Run Club. He had me running mile pace (very fast), 5km pace (fast), and walking between intervals. I really enjoyed it and I was pounding along at my mile pace (only for 1 minute intervals). My thighs feel very sore today. I'm going to experiment with more of those guided runs as it takes the worry out of it. I just obey orders!

Sounds interesting. Not looked at Nike Run Club. Is it worth taking a look at?

It's worth it for the guided runs. Long ones, mindfulness runs, fartleks, tempo runs. It's not possible to sync NRC to a computer and the distances and times are a bit off. But I use it and Runkeeper at the same time. Runkeeper for the stats and this one for the guided run.

I'm with Sadie-runs on the uselessness of waterproof running jackets - anything more than a light shower and it's like running in wet cling film (though I'd like to point out that I've never actually done this! 😂).

I was running on alternate days in the summer and found it really helped improve pace and distance. I generally did one lot of intervals (using pyramid 180 from audio fuel) a pacy 5k (using bpm track to keep me going) long run (8k or over) and a relaxed (think listening to audio book) 4-5k recovery type run. I was worried that it might be too much for my knees but if anything they felt (and still feel) stronger and I've really missed the routine since being back at work.

Thinking about a new challenge...🙄🏃🏻🙄

first 10k event yesterday, I am looking to find another 10k to do locally. However, I have also...

Funeral music, the things we think about whilst running

another 7k. What weird things do you think about whilst running? 🏃🏻‍♀️🏃🏻‍♂️😂

bumpy areas. I normally run on roads and pavements so found this mornings run quite difficult. I...

I think about running all.. the.. time.. FOOD LIST

March, I graduated in June and I’ve been running 3 times a week ever since, adding Parkruns to the...

Thinking about moving on after running 5K...

fears about doing the C25K course but I do have a few worries about moving on to the 10K runs, and...

5k in the morning and (not) Chi Running

Who Buys New Running Shoes When They Can’t Run?