Acquired a dog during my interval run today - Bridge to 10K 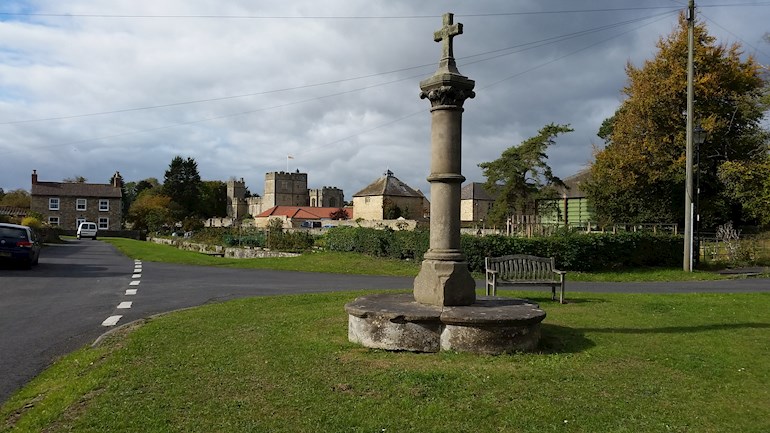 I'm in North Yorkshire this week, and headed off for my pyramid intervals session this morning. These sessions have been few and far between for several weeks, due to the excessive heat during my summer of travel! All was going well until shortly after the halfway point, when I turned around on my "there and back" route on a quiet country lane and found myself behind a woman riding a horse, with a man on foot and a large dog. It didn't seem a good idea to sprint up behind the horse, so I put my running app on pause and extended my jogging phase, intending to ease gently past the horse and only start the sprints once a safe distance beyond, to avoid spooking it. Then the horse started trotting, at the same pace as I was jogging, so I had no option but to keep going at the gentle jogging pace.

Another quarter of a mile went by then it stopped, turned and trotted back past me going the other way. Great! Time to re-start my intervals again! I sprinted off, and the dog now decided that I was more fun than its owners, overtook me, and cantered off ahead of me. Back to jogging again, I waited for the owners to call their dog. Nothing happened. So I did my next sprint and the dog kept coming with me, bounding along easily on its long legs. It'll get bored soon, I thought. Wrong! Half a mile later it was still with me, and we were getting close to the road through the village. Images of the dog being hit by one of the too-fast drivers leapt into my mind. I still had 3 fast intervals to do, so turned through 180 degrees and whistled for the dog who obediently turned back too, and off we went, galloping back down the lane. Another half mile done and I saw the parked car where I had last seen the horse and the man, though neither were now visible. At this point, the dog was ahead of me. I'd finished my fast intervals, so I took a chance and turned, running back up the hill. Luckily, the dog didn't follow me this time, so I assume she was re-united with her owners.

So my run was longer than expected, and my intervals were rather more erratic than planned, but at least I didn't end the day with a dog that didn't belong to me! Hoping for a more straightforward run next time ... 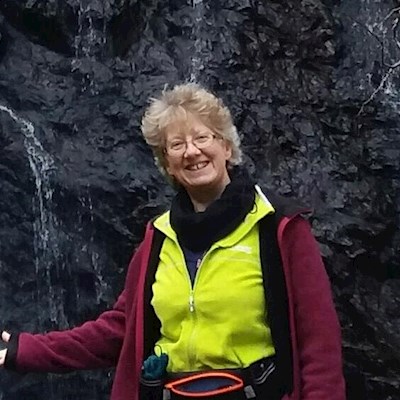 APScotland
Graduate10
To view profiles and participate in discussions please or .
20 Replies
•

Best laid plans and all that 😂

APScotlandGraduate10 in reply to Faith94

Well, that was an eventful session, AP! Dogs are nutters. I’ve had a few running alongside me before, and as much as I love pooches, I’m not quite ready to adopt random ones in the park! Good run, despite interruptions!

At least the dog ran with me, rather than at me

I had a similar experience while out walking near Gardenstown a few months ago, except the dog which adopted me was tiny - a long-haired chihuahua perhaps. I took her back to the house she had appeared from (in the middle of nowhere) and knocked on the doors, but no answer. She was just delighted to be going for a walk, ignoring her had no effect, so I stopped at the next house I came to - a good half mile from the original house, and a lady there kindly took her in, and said she'd take a walk back there in the evening, in the hope the owners had re-appeared. The dog was totally adorable, so really quite at risk of being dog-napped!!

What fun you’ve had APS. I seem to have the same problem with cats, but not when running 🐈 🐈

You seemed to adapt your run accordingly. 🏃‍♀️🐕

APScotlandGraduate10 in reply to Dexy5

Lol! I've only had my own cats try to come for a run with me so far. I then have to turn around, run back to the house, bribe them in with cat treats, and lock the cat flap to stop them from coming near the road!

Faith94Graduate10 in reply to Dexy5

Welcome to running in North Yorkshire! Escaped cows and flocks of sheep sometimes add to the drama as well. Most people around here are really good about getting their dogs under control as I approach. You were just unlucky. Hope you enjoy the rest of your time here.

APScotlandGraduate10 in reply to Beachcomber66

No escaped sheep or cows to contend with yet! But I did have a close encounter with a magnificent stag this afternoon, while out walking in the Fountains Abbey estate on the seven bridges walk. Also lots of beautiful hinds, squirrels, pheasants, grouse ... it was like an enchanted valley! Have you been there?

Have indeed been to Fountains Abbey; some time ago now. We do get deer in the forest near my home, but you don't see them often. Lots of owls foxes and bats to keep me company though, as well as the stray livestock. I don't listen to music when I run; there is always plenty of alternative entertainment, especially early morning or towards dusk. Lucky to live here. Sounds as though you are enjoying the place at its best with 17C temperatures too.

Dexy5Graduate10 in reply to Beachcomber66

APScotlandGraduate10 in reply to Dexy5

Herring gulls always remind me of my schooldays ... we used to have run the gauntlet of them on the way to and from school. They would nest on the rooftops around the school, and the playing field was a great place for their young to wander about in relative safety. I once saw my cat spreadeagled on the bike shed roof, with angry gulls diving down, trying to chase her away. I think that was the last time she ever went on that shed roof! (they didn't hurt her, luckily!). They didn't hurt us kids either - we used to just put our school bag or hood up over our heads when they got a bit close for comfort

Oh poor cat - that’s frightening for it. We have a glass roof panel over our stairs and the gulls think it’s water and keep trying to peck their way in. They are enormous.

Aw bless. bit of a worry though you’re looking for the owner when it’s not your dog 🤨. Maybe it’s a wiley dawg that just runs with everyone and then toddles home

Maybe it's a fitness fanatic... it was a lot fitter and faster than me! At least it was amiable

What a responsibility! You did everything you could, and hopefully the dog got home ok. The owners are probably used to it taking off with strangers.

I hope it found it's owners ok ... I assumed it belonged to the couple with the horse, but they all seemed to appear from nowhere as I had run down the lame just a few minutes before and there was nobody in sight! I didn't hear the humans talking to each other or the dog. All very odd really.

🤣 thanks for considering the horse - I expect they had an escort on foot for good reason and when you are training an inexperienced horse they can be upset by the slightest thing. Glad the dog found his way back too. Surprised, and not surprised the owner didn’t have much of a recall with an off lead dog... 🙄 what an eventful run 😁👍

Way back in my youth I used to ride horses, and now live in a very rural area so fairly often encounter horses on my runs and walks. I don't think many horses would cope well with me running up behind them at full tilt, gasping for air, during one of my faster intervals!

At least I only acquired one dog on this run. I once went for a walk in rural southern Spain and ended up with half a dozen assorted pooches joining me en route, with no encouragement from me! Animal magnetism?

Intervals, trails and happiness in the fog with my dog 😀🐕🏃‍♀️

at 2k, so I jogged another relaxed 2k to make a more respectable 4k run. I was heading back to the...

Fainted during my run

This afternoon I set off for a gentle 5m run, really steady and averaging 11 pace feeling good when...

resulted in one of her dogs ( a young German Shepherd I think) turning, running towards me and...

challenge. I've been running the Ju Ju plan. Only I realised I'd need to lop a week off it if I'm...

fit in regular runs and those I have done were little jogs or a short interval session. Yesterday...

Jeffing with two run buddies 😊🐾🏃‍♀️ and the mystery “Drum...

A steady morning 5k and a Chinese Gremlin 小鬼 !