My boyfriend and I have been together going on 4 years. I am his first everything. He is going to be 24 and I’m going to be 23. We’ve been having a sort of rocky relationship due to a number of different things. He has an addiction and has severe depression. He has always said no matter what he is never happy- even if it is with me.

Today he told me that he is unhappy in the relationship and he doesn’t know whether or not it is me or himself that is making him feel this way. He told me that he isn’t in love with me as much as he used to be. He told me he does love me though and he wants to wait it out to decide if he wants to be with me or not. He told me he can no longer promise commitment because he doesn’t know the future and he is only 23 years old so how can he commit to anyone. He told me the flame is gone and hopes to reignite it. Then after a normal conversation today he started flirting with me and he plans to see me tomorrow.

This is giving me mixed signals. This is completely unlike him and it came out of nowhere. Apparently he’s been feeling like this for two weeks. I had a panic attack today because of this and I love him more than anything. I couldn’t imagine spending my life with anyone else. I don’t know what to do. 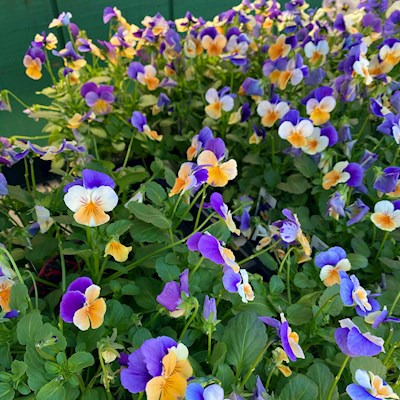 m123454
To view profiles and participate in discussions please or .
6 Replies
•

I can’t even stop crying. I’m so hurt. I cannot go through another heartbreak. He even gave me a promise ring. This is not like him at all. It’s like he changed over night.

It’s a well known fact that young men mature much later than young ladies so although he is 23, he may in fact only be in his teens.

If he is unsure now and wants to wait to see how he feels later, what if he decides enough is enough, and ends your relationship.

You are both young adults, and so much to expierience in the future, I would say, take a step back from the relationship, but no need to lose touch.

Go out, meet your friends, give your boyfriend space, the problem seems to be with him,although he thinks it might be you.... sounds to me like he might be blaming you for an easy way out of the relationship.... yes, it may hurt you to start with, but surely it’s better to be hurt now while he is being indecisive, than being hurt later when he has thought about it.

I think that you have been in love since your teens, and he may be getting bored, tied down even.... it’s how young men deal with things, blaming someone else.... so my lovely, give him space and time(but not too much time) and enjoy your young life before commiting to a long time relationship.

I am an old man who has seen many things in my life, so I wish you well, hoping this has helped.

Hi people with depression tend to push others away as it's the nature of the illness.

Is he getting any medical help with it? If not why not? If he is then there is hope he can recover and be able to have a healthy relationship.

I would think very hard though about tying yourself to someone who refuses to get help with his illness as this is a situation which can occur throughout your lives, and before you have children too. It's surprising how quickly love can die or it can grind you down if it continues indefinitely.

This is going to mess with your head, screw with your feelings and make you am emotional wreck. He can't treat you like that. MH problems doesn't give you a pass to hurt others.

If it were me, (and I appreciate it's not), I would take back control. End the relationship telling him that he clearly doesn't appreciate you on the way that you deserve. Then as hard as it is, go and LIVE your life. Take it from someone who hasn't got much left. Truly live your life for you, not waiting around to see if a fella like you or not. If he fights for you then you'll know.

Most adult males don't mature in their frontal cortex until the age of 23 so he is still very young. Go and live your life. You don't want to look back with regrets because someone held you back .x

It really isnt fair to you for him to say that he isnt sure about the future of the relationship without commiting to improving it or ending it. He's bassicaly left you in relationship limbo which from my experience is one of the worst places to be because you live veryday like you could be emotionally slapped across the face at any moment. You have the right to pursue your own happiness and he is taking that for granted.

If he cant commit to helping you to be happy then you don't have to commit to being in a romantic relationship with him. Whatever you do, know that your happines is important.

Oh goodness-sounds like he wants to explore other options but keep you on the side. Girl, you are worth so much more-a pearl beyond great price. I hope you will not settle for being the girl "when no one else is available". I hope you will consider your value and strike out to find someone who realizes your value.

been stopped at the airport and told there was a civil matter I know nothing much about. I was not...

I feel like my relationship with the couple I’m dating has strained over the past few days. I think...

city. He told me he had contracted covid 19 and told me he was on the verge of death. Later he told...

new relationship and I beg him to come home. This time I didn't do that, and I tried pulling a him...

simply just taking things slow. I’ve been seeing a guy and we’ve been on three dates so far. We...

Which room in your home do you like the most and why?

To all with religion