What’s your favorite song: Name a song... - Anxiety and Depre...

Name a song so I can listen to it. I’ve been trying to get into Rico Nasty I hear she is really good. I’m not a huge fan but I do like one song. Any suggestions on anything else? 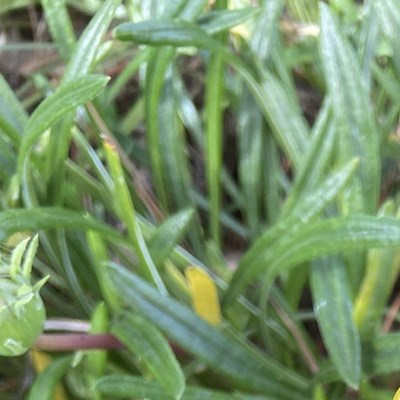 Mifresita
To view profiles and participate in discussions please or .
16 Replies
•

I love all sorts of music but everybody hurts r.e.m really has something on me.

I love the quirky songs like Del Amtiri Spit in the Rain. Sharlern Spiteri I am going to haunt you, in fact her Melody album I really like.

I also like Jess Glenn's Don't be so hard on yourself.

Lots of songs from the 80s, but then I am old enough that the 80s were the era of my teens.

kenster1 in reply to 20Voices

yeah im an 80s teen no mention of wet wet wet I see only joking.

I was Nick Kershaw fan and AHa fan. Wet wet wet was my younger sister.

I remember Nick Kershaw ‘Wouldn’t it be Good’ playing on the duke box where we used to play Asteroids after school.

Morten Harket was popular with the girls because he was so good looking. ‘Take On Me’ is a good song actually.

This is a rubbish time for young people.

I remember the 50p discos and the roller skating disco in the GAA hall.

The video to Take on Me was so cool.

I had a conversation with someone the other day about music, we were on a long drive and put on BBC Radio 2 on the radio. It was playing 80s music and we were saying that you can't beat 80s music or 60s music.

I agree I love the 60s too. Happy time’s. The way people dressed and danced.

People dated and went dancing on the weekend.

I was born in ‘69 so my parents witnessed all that and they were in London too.

Now it feels like society has died. It’s dangerous too.

I was born in 69 as well, but even was I have to put up with the Stat Wars joke of "May the force been with you".

I do get fed up with the Star Wars quote of "May the force be with you" on my birthday but love that my birthday generally falls on the May bank holiday.

Del Amitri. Now that’s a blast from the past. I remember them doing Good Tradition’ on ‘Top of the Pops’ in 1988.

I remember my Dad's very vocal opinion of Dexys midnight runners performance if Come on Eileen on Top of the Pops. Something along the lines of he came home from work better dressed than them and he worked on a mucky building site. We loved watching Top of the Pops just to hear my Dads comments. It was so funny.

kenster1 in reply to 20Voices

not sure if im right might have been status quo on top of the pops they had a smoke machine couldn't see two foot in front of them one of the band members fell of stage and yet the song continued perfectly couldn't make it up.

Not sure about that song name, but Status Qou were great. Loved their sing In the army now.

Sleeplessme in reply to 20Voices

80s were great. So diverse. We had iron maiden alongside debarge, Jacko, cliff Richard, go west, culture club, Bowie, queen, Phil Collins, Marvin Gaye, Ben e king, Frankie, Diana Ross, Tina turner... No problem with genres, gender, colour, age.. It was all there and we all bought it in huge quantities.

Strange how us older generation get told by the millennials that were all racist and homophobic... 🤔

Mifresita, I been listening to Christian music & found this beautiful song I really love & the singer is Jenn Johnson & she wrote this song for her husband, when he suffered a mental breakdown. The name of the song is "You're going to be ok!' You can find it on YouTube & she is singing the song at Joel Osteen's Church in Houston, Texas. Listen to the words & so touching!❤️🙏🙌🙏

So I listen to alot of music but heres this weeks repeats for me.

Every time I die - nothing visible; ocean empty

Wolves in the throne room - I will now lay down my body amongst the rocks and stones.

Daughters - the reason the hate me

Pallbearer - love you to death

Air Supply - making love out of nothing at all

The tallest man on earth - love is all

Tyler the creator - some songs off flower boy.

What a Wonderful World by Louis Armstrong

Fun post! What’s a line of song that you’ve got stuck in your head?

myself singing parts of songs as I go about my day and they usually are ones I like, usually. I...

What is your positive thoughts song today?

beat of this song just makes you want to get up and get out of the funky mood! So I would like to...

What is your favorite movie category🙏

Today i still dont like that movie😂😂😂. I love Freddy Krueger, i was such a big fan of him i had...

Just curious..What songs help you when your...

What songs help you guys feel better when your down?

what songs help you to get pumped up?

What Are You Grateful For?