Just found this new study. There doesn't appear to be any down-sides to taking it that I see. 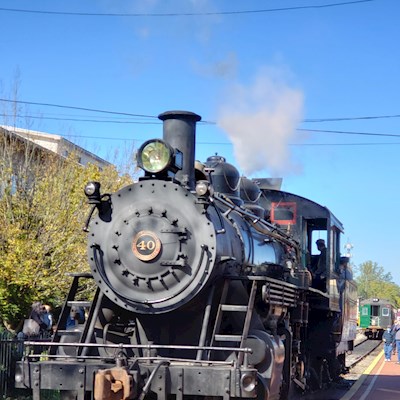 john_in_pa
To view profiles and participate in discussions please or .
42 Replies
•

The subject has come up many time. Might be worth searching. Here's one of mine from 5 years ago:

Spyder54 in reply to pjoshea13

I thought this exceprt from Patricks study was worth highlighting. Mike “Commercially available fractionated pectin powder (FPP) induced apoptosis (approximately 40-fold above non-treated cells) in both cell lines ... Conversely, citrus pectin (CP) and the pH-modified CP, PectaSol, had little or no apoptotic activity."

I suspected that FPP was made by Thorne. I contacted Debra Mohnen & requested the full-text of the paper. A very nice lady & an expert on pectin - not cancer - she said that she had been surprised by the interest the study had stirred up in men with PCa. & yes, the Thorne product was used.

I contacted Thorne & found that the head of research was unaware of the study, let alone with the paper. Thorne seemed clueless & eventually dumped the product in favor of ... PectaSol. Crazy.

The difference? Chain fragmentation in PectaSol is achieved by changing the pH, whereas Thorne used heat.

pjoshea13 in reply to Spyder54

An update to the Thorne debacle:

Thorne eventually abandoned it's own product & began selling the other one. I imagine that the profit margin was attractive. Dr Isaac Eliaz has done a great job of keeping the prices high on his products for many years.

Spyder54 in reply to pjoshea13

pjoshea13 in reply to Spyder54

Yes! If only we could persuade Nalakrats to come out of retirement.

How many oncologists read the 2007 paper - it was published in Glycobiology? None?

Debra Mohnen (& Crystal Jackson) are pectin experts - not cancer specialists. But maybe they know of an alternative source?

See the Discussion in the full text:

"Various pectin fractions were screened in vitro. Modified rhubarb pectin (EMRP) was identified as the most potent inhibitor of galectin-3 and compared to the well-known modified citrus pectin (MCP). Our findings were validated in a mouse model of myocardial fibrosis, which was induced by angiotensin II (Ang II) infusion."

Patrick, do you think the Pectasol-C works? A lot of guys are taking it. Where did it show that the fractionated commercial stuff works and not the Pectasol-C ? Why would Nal take it off it doesn’t work?

Pectasol-C is what they used in this new study. Here's the full text...

"Galectin-3 is approximately 30 kDa and, like all galectins, contains a carbohydrate-recognition-binding domain (CRD)" [1]

Galectin-3 isn't all bad, but: "Given galectin-3's broad biological functionality, it has been demonstrated to be involved in cancer, inflammation and fibrosis, heart disease, and stroke. [1]

"The roles of galectins and galectin-3, in particular, in cancer have been heavily investigated.[30] Of note, galectin-3 has been suggested to play important roles in cancer metastasis." [1]

There are many sources of pectin, a non-digestible carbohydrate. The chains can be very long - much too long to be taken up from the gut. Hence, they must be broken up by some mysterious process. (I doubt that 24 hours in a home blender would cut it, but what's so special about the process that Eliaz can continue to charge such a high amount?) The pectin fragments are taken up by the gut, are present in the blood and, presumably inactivate galectin-3 that is on the surface of cells & prevent the metastasis of circulating cancer cells. What's not to like?

The Eliaz product has been around in one form or another for 30 years. In spite of the high price, countless men have used it. I have spent a small fortune on MCP. I jumped ship in 2007 & used the Thorne FCP product until they switched to MCP. I have some MCP, but I have lost my youthful enthusiasm & use it only sporadically.

So, in theory, if MCP were to be used from diagnosis, metastasis could be prevented in heavily screened men. Even in men diagnosed with advanced PCa, metastasis might be limited to pre-existing sites.

Why aren't doctors convinced? With almost 30 years as a well-known supplement, why are statistics lacking?

Perhaps the cardiovascular benefit will restore my enthusiasm?:

"Chronic heart failure has been found to be indicated by a galectin-3 tests, using the ARCHITECT immunochemistry platform developed by BG Medicine and marketed by Abbott, helping to determine which patients are most at risk for the disease. This test is also offered on the VIDAS platform marketed by bioMérieux. Pecta-Sol C binds to galectin-3 binding sites on the surfaces of cells as a preventative measure created by Isaac Eliaz in conjunction with EcoNugenics.

"Galectin-3 is upregulated in patients with idiopathic pulmonary fibrosis. The cells that receive galectin-3 stimulation (fibroblasts, epithelial cells, and myofibroblasts) upregulated the formation of fibrosis and collagen formation. Fibrosis is necessary in many aspects of intrabody regeneration. The myocardial lining constantly undergoes necessary fibrosis, and the inhibition of galectin-3 interferes with myocardial fibrogenesis. A study concluded that pharmacological inhibition of galectin-3 attenuates cardiac fibrosis, LV dysfunction, and subsequent heart failure development." [1]

Is this the older product? Still available?

Rolphs in reply to Spyder54

Thanks John in PA for helping illuminate this subject. Spyder54 is it your opinion from your research that the PectaSol is not effective? A lot of us are wading through the data on supplements for PC. Much of stuff is frankly over my head but I thank Nalakrats and others for shedding light on this.

Spyder54 in reply to Rolphs

Rolphs. No. I am fascinated by this. If you read Nalakrats response, taking it 3x per day (powder form may have the best efficacy, and read the research from PJ, it appears that this fruit Pectin (possibly Rhubarb Pectin EMRP) may break down the glue that allows PCa to colonize and metasticize. I want to do this! These men are much smarter than me. I am taking so many supplements already, but this seems worth pursuing.

Metastisis is what eventually kills us. If we can stop or slow down, I am all about it!!!

The biz opp I mentioned was the company making the best fruit pectin out there stopped, and focused on a lesser mixture, without even knowing the power of its Cancer fighting ability.

Ps: I need to research which brand, price, availability to add.

Is that the turkey rhubarb that's part of the Essaic formula?

Spyder54 in reply to Rolphs

GeorgeGlass in reply to Spyder54

Did Thorne read the study and show it to their pharmacists?

How about this product? Is it still the old version you write about?

Is this the product?

When they dumped their own, they continued to advertize the other as "Fractionated". Classic bait & switch. Fooled me & others. I realized right away what they had done when I bought some - the word "Modified" appears beneath "Fractionated" on the label. Notice also that it is described as "pH-modified citrus pectin".

Thanks very much. I was getting pushback in another forum on this, with some saying, "Hey, look, it's still available."

I take modified citrus pectin daily based upon recommendations from Nalakrats. Nalakrats is probably the modified fruit pectin guru on the group. I’d guess he might jump in here and answer questions you might have or share some sage information and advice if he’s available. You could PM him as well. I use the capsules daily, many probably use the powder since it’s a better value price wise. In either case, modified fruit pectin is fairly pricey as supplements go.

Searching “ Nalakrats and pectin “ would probably produce all the info you seek.

I take a teaspoon first thing every morning with water on an empty stomach. I’ve read the studies and figure it can’t hurt in preventing or slowing down micro metastasis’s, and I’ve had no apparent SE’s after two years.

My Husband also takes it, as recommended by Nalakrats. Hope its doing what its supposed to. No issues with it either.

3 times a day on an empty stomach. Before breakfast before dinner, and before bed. MCP interferes with Galactin-3--as I wrote about 5 years ago or so. Galectin-3 is considered one of the protein substances, that acts as a glue that holds cancer cells together. Cancer cells need this to colonize as it is a process before metastasis.MCP also has great anti-Inflammatory capability--and you all may be tired of pjoshea13 and me harping on Inflammation--but trust us with Pca you want low inflammation markers.

There is new data on how it helps radiation on the killing of cancer cells, as we know, at least I do that Radiation often does not get every last cancer cell. I may repost an update--on new findings, I am aware of. I have not missed a dose since I started with MCP, on or around May of 2016. Just had my pre-Dinner dose. I am just reporting! Good Luck!

Where is a good source for MCP (Modified Citrus Pectin)???

I for one would be interested in an update--on new MCP findings.

Pectasol-C and I get mine as a 1 pound powder, from Amazon---about 106 Dollars.

What do you think about what spider and Patrick said above, about fractionated commercial version bring what was used in the study, and that Pectasol-C was not effective?

I’m going to share this study with my oncologists.

Thank for the feedback everyone. I blend MCP powder into my hot coffee with an electric hand mixer. How much does everyone take? I believe the studies used 5 mg 3x day.

Justfor_ in reply to john_in_pa

john_in_pa in reply to Justfor_

Yes I take it having read about it in Nalakrats posts. I take the powder version on an empty stomach

Anyone know of a good source?

I've been taking the powder from Swanson Vitamins. It's their own brand. It's much cheaper than Pectasol-C . I've been taking Swanson vitamins for years and find their quality to be very good.

The one item consistently taken for 5 1/2 years since diagnosed. Pectasol-C

You can order from econugenics. You can get a discount with a subscription. Three one-pound jars every three months is $266.

Just don't mistake that P for an R. BTW while I have your attention.

All info is voluntary, but it helps us help you and helps us too. When you respond, copy and paste it in your home page for your use and for other members’ reference.

THANK YOU AND KEEP POSTING!!!

From a dasher to an underscorer..... Thank you for your quick and detailed response. Good that it's in your home page. We have several members located in, I hate to say the name "Philly".....So maybe you can link up with them and talk about how bad your sport teams are😁......Anyway you've come to the right place for information and comradery..... Stay well and keep posting.....

Thanks John in PA for refreshing our focus! A little of this, a little of that, and we just may (should) make progress at extending life. Mike

I took one bottle but most trials seemed to have some connection to the doc who sells it.

This is the most economical brand that I've found. Swanson discount codes can also found via a Google search.swansonvitamins.com/swanson...

very interested in the studies that have been done with MPC (Modified Citrus Pectin) indicating the...

too much Galectin-3 where to much causes cancer. Is there any further research on this. MCP can...

plain water till dissolved. Tastes awful. Is there any other liquid that it can be mixed with?...