Hello - I m new here - any advice/thoughts would be appreciated - age 67, diagnosed at 65. Pretty healthy guy, with this exception.

RP 2/17 in NYC - PSA after that was detectable, so off to Sloan - thank god they are close.

After 1 month on Lupron, T level was 21 ( WOW - what a hit ) - stayed at the level for the year while on that medication.

Thoughts, comments would be appreciated.

I would hate ( but would ) take another hit on Lupron or Casodex, but would that be overtreatment - I can't drive myself crazy and I would living from blood test to blood test every 6 months -- I have to at least consider QOL.

DR has me scheduled for f/u in 6 months - but has yet to see current labs. 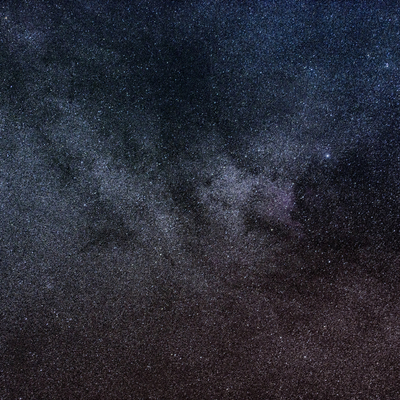 ken12491
To view profiles and participate in discussions please or .
Read more about...
12 Replies
•

This isn't something a doctor would be interested in, but I would want to know my estradiol [E2] level. (it should be 20-30 pg/mL).

With T at 421 ng/dL (<350 is hypogonadol), there is the possibility of estradiol dominance. Some would say so what?, but I believe the E2:T ratio is significant.

I can only say that I have been on continuous Lupron for 19 years and PSA is .17 after all this time. I do have fatigue but otherwise a pretty enviable life.

tallguy2 in reply to StonePilot

This is awesome! Thanks for sharing.

SP --- did u have any procedures b4 going on Lupron? How old were u when u started on the Lupron?

Thanks for your feedback - what was your primary treatment, surgery, radiation, etc ---- wow that's a long time to be on lupron --- did they give u many ' vacations ' from it.

I don't understand. You wrote:

Had several Lupron shots, may have had 5 in total over the year.

The shots and perhaps the IMRT kept me at a non-detectable level for the entire yr.

Had only ONE Salvage Radiation treatment of 40 treatment, they began on 11/6/2017 - call u have more than one?

I see more tests, possible ADT and not sure how much more testing I can go thru

Interesting nonograms from SMK --- they say:

I plug in all my #s and it says, without any other treatment then the RP I would have a

15 yr survival rate of 64%!! --- and since I had ADT and IMRT it would probably be higher - if that tool is close to being accurate - I would take those odds.

Another tool from Sloan:

Again, I plug my #s in and the tool says - without any 'curative treatment' at all, results would be:

You seem to be very knowledgeable - thoughts, suggestions, ideas are welcomed.

Wrote a similar note to my uro, said all great points and is calling later today

What you wrote is still not quite right, but it's close enough to give a picture. You wrote:

So whether your salvage radiation began in Sept or November doesn't matter, but it seems you only had one - yes, you can have more than one if they are in different areas. You don't specify which area was treated -- if it was prostate bed, and the PSA is only from pelvic LNs, you can still have your pelvic LNs treated. You also don't mention your post-RP pathology (Gleason score, positive margins, EPE, SVI) - I assume it was adverse if you got a year of Lupron with it. And if so, they probably already treated your pelvic LNs. If that's the case, hormone therapy may prolong your life.

Dana Farber is doing a trial for non metastic patients with Lupron and Zytiga.

SK may be doing the same trial.

Thanks but my is regional - I did talk to a MO about Zytiga but I was not a good candidate since it was regional. Are the MO now adding that even when it's not yet metastatic for a ' curative ' approach?

Thanks, Nalakrats - a question or two...

when u say ' Pet Scan may see where the PCa is Hanging out ' doesn't it go most times 80% to the bones - my PET scan in Sept 2017, was totally clean -- is it possible that the PC could have metastasized to other soft tissue that fast? I'm not even ( but very close to BCR ) but were could it be hanging out? Nodes were RT to the fullest degree I believe.

I was under the impression that mean time from BCR failure to metastasis is about 6 or 7 yrs.

This stinks, we all have clouds over our heads but at some point, and to save QOL, I might turn this over to Gods hands. I don't like it but do accept my mortality.

I honestly believe PC never really goes away for good - meet a guy during RT that was nadir for 10 yrs, then PSA showed up - was sent off to have RT.

How long to ride the Lupron train after salvage RT?

another 2 months to decide before the next Lupron shot is due . Is there a real benefit to...

PSA slightly up after salvage radiation

gms) weekly as well as artesunate. Lupron shot monthly for 6 months (last will be 6/5) plus...

What opitions are next for me

Between a rock and another rock...

HANGING UP MY SPIKES.

The Constitution of Medical Knowledge (Part 3 of 3)