Hi: I'm 63 and a 7 year PC survivor (Gleason 7). Over the past 7 years I've had surgery, radiation, and 18 months of ADT (firmagon/lupron). After a 6 month ADT holiday, this month my PSA went up to 60 and I have a pelvic lymph node that lit up. No other bone or soft tissue hot spots.

I've now restarted my healthcare adventures. My MO restarted me on lupron, plus added the Zytynga/prednisone cocktail. After 5 days on Zytinga/prednisone I feel fine. Tomorrow I'm going in for a biopsy to get a cancer sample for analysis.

I'm treating at the U of Minnesota Urological Cancer Center. I'm feeling a bit vulnerable, so what are your thoughts? I'm I missing anything? Is this a sound treatment path, etc.?

I'd appreciate any insights. 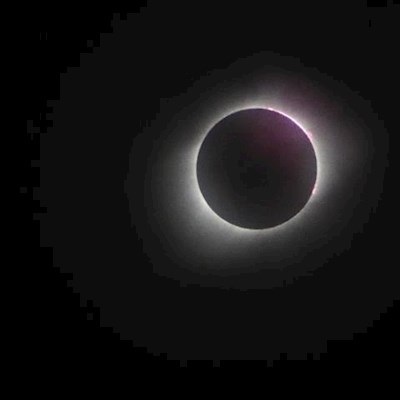 Pwjpp55
To view profiles and participate in discussions please or .
Read more about...
28 Replies
•

What kind of imaging have you done so far?

I think the biospy is a good idea. Would recommend looking at the genetic mutations as well as neuroendocrine differentiation in the biopsy sample. Hopefully they were already planning to do that, but I would check anyway. Certain genetic mutations have targeted treatments available for them and/or might benefit from using chemotherapy instead of Zytiga in addition to your ADT. Something to discuss with your doctor.

Ok. Thank you! I was glazed over when they discussed what they going to do with the samples, but I'll check!

get a new MO...that quack should never have let your PSA get to 60....should have restarted ADT when PSA got to 5 max

Exactly what my MO at Charing Cross Hospital told me and all her team of specialist registrars and Oncology nurses.

You have had to go through a lot of therapies, and it keeps coming back - frustrating! It sounds like a good plan. It's unlikely with a PSA of 60 that you only have one or a very few metastases. There are certain pathological and genomic characteristics they can look for in the biopsied tissue that may enable a more personalized approach.

TA, you got that right...my MO thinks a PSA of 50+ will ultimately prove fatal because of metastasis

rococo in reply to gusgold

Depends on gleason, psa velocity and imaging to put psa into context. Rocco

I do not know how anyone including yourself let the PSA get to 60---in 6 months. In my mind--I would have been doing PSA's every 30 days while on vacation---that way you could have caught the return of the cancer, and calculated the doubling time by the next month.

I myself am on vacation, and admit a bit scared---and doing PSA's every 28 days. My pathology stinks, and we are ready to attack if it rears it's head up.

I think Gusgold suggested a new MO---I might agree---but that is water under the bridge--lets pray your current treatment response is A-1 successful.

Wow. No one mentioned monthly PSAs. But too late now. I transferred to the U because of their reputation. In fact 2 of the docs I've treated with came from Mayo. (I hope because they wanted to leave Mayo :)). Here they don't get real excited about PSA until there is evidence of disease.

I have that now.

One of hubby’s urologists at U of MN came from Mayo (Dr Weight) and he made us aware of the choline scans at Mayo. We ended up getting acetate scans at KU.

I have heard they are doing Axumin scans at MN and you should push for that. Dr. Jha at the U of MN ran the initial Provenge trial and he treats prostate cancer.

Thanks. Weight referred me to Gupta for MO. That's who I. Now see.

I have been in this battle for almost 6 years (please see bio for complete treatment history).

Sound advice on firing any Med Onc that would not require monthly blood tests if you have aggressive cancer!

FoundationOne does analysis of recent tissue biopsies for genetic defects in your cancer.

One current state of art scan is Axumin PET/CT. You need the best scans you can get, because with a PSA of 60, you have multiple mets. To plan the attack, you need to locate the enemy.

Great! Thanks for the tip!

I heard him speak at our Prostate support group. He is a very down to earth, friendly guy. All the guys who are his patients RAVED ON HIM. I know he is top notch and really smart. He takes all the time necessary to see his patients which all appreciated.

Thanks, I'll watch for him.

I wish you the best as you fight this bastard. We all have decisions to make as we work with our healthcare professionals. I have no doubt that they want to help us beat PCa. I can only share my experience and results over the past fourteen years.

When faced with mets to L2 & T3 of my spine with PSA at 32.3 on May 8, 2004, I also had to decide how I was going to fight. My primary treatment of 117 Palladium seeds along with a short course of 25 sessions of IMRT failed at about ten months. My initial PSA of 6.8 never really came down. There was no doubt in my mind that my cancer was aggressive and called for aggressive treatment.

Oh, I was offered the standard Lupron injection and a wait and see, then try something else hoping to prolong life. To me this was unacceptable. Why? My research showed that according to the numbers of the day, I had on average 2-4 years, maybe five years to live. Thankfully the numbers have gotten a whole lot better with the silver bullets developed over the years; so many that I frankly have not been able to keep up with. However, in 2004, at 57, I just wasn't ready to die.

After being told by one of my Radiation Oncologist (in Private Practice) in response to my only two questions which I asked, "Doc, if you were me, what would you do?" And, "Do you know one?" His response was that he would find the best Medical Oncologist that specializes only in Prostate Cancer, not just any Oncologist. Not one who treated Breast, Liver, Lung cancers, etc.

I asked my other Radiation Oncologist (in academia) the same questions. He gave the sane answer and added that he knew one and sat on a PCa sharing committee of all the schools and hospitals within the Texas Medical Center complex. Didn't know if he could get me in, but would call. Within an hour of getting home, I received a phone call telling my that Dr Amato wanted to see me tomorrow and that he had already reviewed by scans. I spent over two hours with him the next day and enrolled in a six month trial.

Here is the treatment plan which I underwent:

I took no supplements of any kind. For nausea, I took Zofran.

Note, I came off of Casodex nine months after completion of chemo. I continued Lupron for a little over five years and then stopped that as well.

During this time I was also told that due to micro-metastasis, what ever primary treatment I had, it was too late as cancer cells were already floating in my vascular and lymphatic systems upon the first diagnosis of PCa. That is the problem with Gleason 7 and above, one just does not know if failure is around the corner.

Since I started the metastatic PCa journey, well ... my 85th PSA blood plus three pages of other test results will be in about three hours. Through August 2010, I had 19 nuclear bone and soft tissue CT scans and my twentieth was in November 2016. During the trial, I had PSA tests weekly, then monthly through May 2006, followed by every other month through June 2007, then quarterly through November 2016 and currently every 120 days. I am still being tracked on this trial.

Two years after my last Lupron injection in February 2010, I started testosterone replacement therapy with 4 mg of Androgel twice a week.

I have come to realize that early aggressive treatment is better than passive treatment and that not all chemotherapy regimens are equal. The standard for paclitaxel (Taxotere) is every twenty-one days for 6, 8, & sometimes 10 infusions. Some add another drug, some do not. Each case is different based on standard protocols. In fact, I was told by a hospital staff Medical Oncologist that doxorubicin would never work and was counter-indicated for PCa.

I recognize that my journey is atypical. I share it as possible talking points with your Medical Oncologist, to give hope, and to alleviate chemo fears. My last comment is to restate Dr. Amato's working hypothesis which I share. It is better to introduce chemotherapy while the body is strong and the tumor burden is minimal, then late intervention when the body is weakened by a large growing tumor burden.

What a story. Thanks for sharing it.

What was it before your 6 month holiday?

Who is your MO? We doctored at the U of MN for many years mostly due to Pomegranite study monitoring but they allowed PSA to get higher than I was comfortable with and offered scant treatment options.

Who did you have at the U and when/where did you end up for treatment?

We have had treatments in Florida and Arizona. Kind of a coincidence where lots of older folks live. The Mayo should have been a good resource for us as we were lifelong residents and it was somewhat convenient to go there. We always came away from Mayo disappointed so we stayed with the locals at U of M. I wish I could offer you glowing referrals. We had Dr. Gordon Grado do the brachytherapy in Scottsdale but that failed as well as we probably waited too long to have it.

Sometimes it seems like dealing with PC is just one big adventure in "healthcareland."

Best of luck to you!

At the very least insist on getting the Axumin scan which I heard is now available in MN.

Would appreciate Your Thoughts

mutations. My PSA a month after surgery on Lupron was <.1 as well as a subsequent PSA in May. I...

What are your thoughts on Pain Control

minimal pain. A few months later various aches and pains. At 6 months after starting ADT I was in...

acid: A case for a vitamin that moonlights for cancer? - PMC...

Your thoughts/experience with zoledronic acid?

Why I Choose an Unproven Treatment

After years of doctors, trials, tests, meds etc. it is time...