My experience on topamax last month was dreadful. I started the drug in January to help with migraines and within a day after taking it l, I started noticing I was getting extremely paranoid. Like, coworkers are trying to get me fired & wife is plotting stuff against me type of paranoid.

It’s so strange because everyone I talked to who took this medication seemed to be questioning me, claiming they didn’t get paranoid on the stuff.

I’ve done a little research and im seeing that this apparently happens between 0.05% and 0.08% of the population. I only went up to 100mg max before I backed off to 75mg, down to 50mg and then stopped taking it altogether. At first I was fooled by a coworker into thinking it was my vyvanse but I was positive that the paranoia happened from the topamax, weeks before I started the vyvanse.

What a freaking dangerous medication. That article seems to indicate that they think the psychosis effect might be dopamine related? I’m curious if any of you have taken topamax and may have noticed these symptoms. 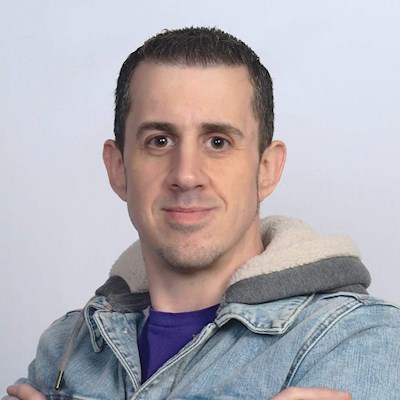 cjnolet
To view profiles and participate in discussions please or .
Read more about...
11 Replies
•

Wow that had to be frustrating. I’ve never been on that but I had an awful experience with Seroquel recently. My psychiatrist prescribed it to help me sleep but after being on it for about 6 months, it wasn’t really helping me sleep and my short term memory got wayyyyyy worse. I’d hang up the phone with a client and I couldn’t remember what time I had just scheduled to meet with them the following day. My annoying dr said “that’s classic adhd.” Ummm, no dickhead, I’ve had short term memory issues my whole life but not like that. It’s so frustrating when people don’t listen to you or try to tell you what’s going on when you’re looking for an answer yourself but you know the one they are giving you isn’t correct, if that makes sense? I stopped taking seroquel about a month ago and guess what, my memory is back to what it used to be......not great but I’m not as confused as I was before and constantly feeling like an idiot.

cjnolet in reply to Halem1982

Yeah that sucks, and what sucks even more is having professionals in the field not listening and making you out to feel more like an idiot. I recently, like today, took a break from therapy. I’m not at all interested in continuing to subject myself to feeling stigmatized by someone who jumps to conclusions and shares opinions without knowing enough about me and my daily functions.

Also I Totally agree, I may have certain quirks as a result of the adhd but I’ve gotten to know the pattern in my quirks very well. When a drug begins to change the way I am in some way that’s negatively impacting my behavior, I notice it right away. Why someone else wouldn’t believe that, I can’t fathom.... glad you aren’t having to deal with that anymore either.

Have you ever tried Immitrex for migraines. You only take one when you have a headache and most of the time, at least for me, one is all it takes.

Yeah. I was originally prescribed imitrex, it didn't do anything. Literally nothing. By the time the scintillating stacoma started, there was no turning back.

The crazy thing is, the topiramate actually stopped the migraines.

I hate when meds work but have, horrible side effects.

That's too bad. I really do feel for you. I have dealt with migraines since I was a kid, as did my Mom. Before Immitrex, I would spend days in a dark bedroom, sometimes have to go to the ER and feeling like life was just passing me by. Of course different people respond to different medications. I hope you find something soon that will work without side effects.

Ive had migraines for 34 years now. Wow, it’s wild writing that! These days I can get them under control for the most part with Excedrine Migraine because it doesn’t have the effects that the prescribed medicines do and I’ve learned to take it right away. I mean right away, like if I think there is even the possibility I’ll get a migraine. I’m probably singlehandedly keeping them in business.

I can’t tolerate imitrex. When mine are too much for the excedrine, I take Maxalt. I hate it but it helps.

I’ve been on different meds for this, going back to the stone ages when they used to prescribe Inderal. And the ergot meds which made me violently sick. The most effective medication for me was Midrin, which was taken off the market, but I guess you can get it prescribed as a different formulation using the components as the description instead of the trade name - a quasi generic. Anyway...

If you’ve not already done so, I highly recommend doing some reading at the website of the National headache foundation. Many good tips. I learned the usual triggers really didn’t trigger me (red wine, processed meats, cheeses, chocolate, MSG) however, I can-for lack of a better description- assign a value to these things and know if I combine too many, I can be promised a migraine. For example, alcohol doesn’t give me a migraine, nor does a sunny day, but being outside in the sun and having a cocktail will give me one. So no beers in the beach for me unless I can find some shade. I have quite a list of thing that alone won’t do it, but in combination assure a painful day and evening of course, it took only 34 short years to figure most of that out

And then there’s just “chefs surprise” which comes from no where and lays me out flat. Fortunately that has gone from a weekly occurrence to around monthly.

I think what has helped me most has been attitude. Like with ADHD I feel like if this is my heaviest cross to bear, I’m livin’ the dream. I wake up daily with a roof over my head, my kids are safe and thriving, safe water flows from the tap, there’s food in the fridge and the lights come on when I flip the switch. So many have so much less. I have two friends with cancer who have blazed a trail of “grace under pressure” that I try to emulate. If these are my biggest problems, I am truly blessed.

I hope you’re able to ascertain the triggers for your migraines and that eliminating them is simple. Try the detective work for triggers as you navigate treatments. You can do both and hopefully you’ll figure out enough triggering info that taking management medication will become unnecessary.

Wow.. that's interesting. No, I have not experienced paranoid.

I actually take it to help with my binge eating and it also takes the angry edge off the adderall xr .

Those are extreme side effects though and I'm glad you got off.

What results were you looking for from Topamax?

cjnolet in reply to TLJ828

Since my early 20’s I’ve gotten debilitating aural migraines that render me completely useless. When I began my career at 24, I literally had to take off work when I got them. I found out a few years ago that what I get are referred to as “scintillating stacoma”. If you search for that on YouTube you’ll see some mocked up examples of what it looks like to the person having them. It’s not fun at all and after the visual part I get hit with one of the worst headaches for the rest of the day, sometimes multiple days. It’s genetic, unfortunately, and no amount of dieting and exercise has done squat for fixing them.

So my psychiatrist put me on topamax in hopes that it would help the migraines. It did, but it brought about the nasty psychosis that started from day 1 and got much worse with time.

I have been taking topamax first three months I feel like I'm watching my life fall apart I cry all the time and I have the paranoia too! I feel like people are plotting against me I've been holding on for my June appt which will be Monday and I will find out from my doctor if its all from the topamax the only good the thing about it is that I lost 25lbs

same symptoms as you...

I've had to apologize to coworkers recently. What's strange is that before Vyvanse, I wasn't...

How do you stop the incessant worrying?

and diagnosed about two months ago; am taking Vyvanse and finding it to be very helpful with my...

well and having a great start to your week! I am still having problems with Vyvanse wearing off...

New diagnosis- Not sure if my medication is working for me

might as well. Anyways I recently started medication with vyvanse and have already been bumped up to

How do I become a functional adult

diagnosed with ADD and Anxiety in 2012. I take vyvanse. I am struggling to find and stick to...