I spoke with my son’s psychiatrist about his heightened aggression on guanfacine, so he suggested a slow-release methylphenidate tablet, and we are

giving it a try with my 6 1/2 year old son. We are hoping it will help to alleviate his aggressive outbursts and his inability to sit still and pay attention at school.

I know everything kid is different, but has anyone had success with this treatment? I won’t lie, I am nervous. 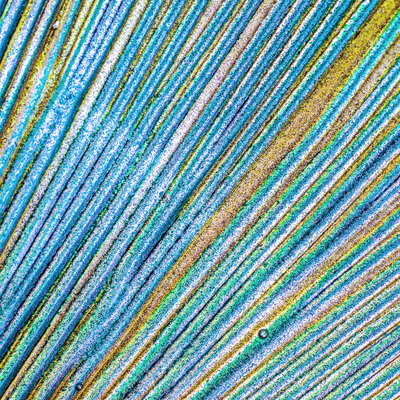 greenteamilk
To view profiles and participate in discussions please or .
Read more about...
8 Replies
•

We added concerta in the last year (our son Is 16), and it made a big difference to his outbursts. He also struggles with anxiety. He knows the right things to do but couldn’t control his impulsivity, especially when he was feeling anxious. His fight or flight impulse was strong. Through a lot of discussion in therapy and around the dinner table, we realized he had been holding himself together at school for years and was exhausted. Meds are scary to consider for us as parents but an unregulated teenager was a danger yo himself and others. I wish we had done it earlier.

One of my ADD kids is on methylphenidate and my husband has been on it since he was 12. Neither can take the long-acting because they metabolize it too quickly. It can be scary to try a medication, especially a stimulant, with all the negative press it gets outside the ADHD community. However, most people don't realize that caffeine is a stimulant and they don't have a problem with coffee, tea, sodas, or energy drinks. You may find that methylphenidate doesn't work and that is ok. My other ADD kid takes Adderall XR because he doesn't tolerate methylphenidate and he doesn't have the metabolization issue. It is a constant game of how much and what kind due to natural biological changes as kids grow but when they hit about 13 to 15 you will find the permanent sweet spot. As Maryca1974 said it is worse to have an unregulated teenager.

Also, don't overlook the importance of behavior management and teaching coping skills. The meds only help with concentration, they don't give them executive functioning or social skills.

Yes, methylphenidate has been helpful for children of this age, even those with frequent tantrums (if the upsets are impulsive in nature). Try it and see what happens. If it is not tolerated, the side effect should fade and leave no long term problems.

My son went on Methylphenidate when he was almost 7. Two weeks later his teacher told me he said to her “I can hear everything you are saying now.” He is 14 now and takes a 10mg booster in the morning and a 36mg ER after breakfast. (Sometimes I give him another booster after school.) At one point we tried Guanfacine in the evenings, but also found it made him more aggressive so discontinues it. Good luck!

Yes. My 5.5 year old takes 3 things: Concerta 27mg (stimulant for ADHD), Celexa (SSRI for anxiety) 7.5mg, and Clonidine .1mg (for sleep.) Sometimes he gets a booster of short acting Ritalin in the late afternoon.

It's taken us 6 months to find (what we think) is the right combination of meds, working with a child Psychiatrist. 6 months ago, our son couldn't handle 27mg of Concerta - it turned him into a Zombie. Now, it works like a charm. We also tried Guanfacine, and while it seemed like a miracle the first week we used it, it ended up giving our son Insomnia and making him very aggressive, as you described.

Good luck! It is a process with a lot of trial and error.

Thank you for sharing and not giving up on knowing this is what he needs right now.

Thanks for asking this. I am in the same boat with my 9 yr old, but guanfacine is still ok for us, just not strong enough

My son took it for the last few years, he is now 9, and he did have better behavior and focus. But I noticed he was starting to have a tic so we removed and moved over to Strattera. We will really see how effective that is once school starts!Also he is also on 2mg Guanfacine in the evenings...still!

afternoon, my son was diagnosed with ADHD and hyperactivity was prescribed Methylphenidate How...

Is anyones child on METHYLPHENIDATE? My child's psychiatrist prescribed 5 mg but we are hesitant...

Any success without meds?

effects, dependence and tolerance... Any parent was successful in treating ADHD without meds? How...

is on 30mg of methylphenidate, she recently is showing signs of paranoia, and nervousness ....

Anyone out there who can share success or positive stories?