It's a really good thing but my results came back normal. I have never had them done before in regards to pcos, so don't know if they have changed. But years ago I had a scan that revealed cysts on my overyes, I don't know exactly when that was, but I see a dietitian at the time.

The doctors records don't go back that far which doesn't help.

I am feeling a bit lost, although I was drinking alot of hot chocolate at the time and chips did tha affect things?

I am on a very strict diet and and wonder if that has worked. No carbs or milk, which could have calmed things down, I am now in my fifties and many years of careful eating may have helped.

Still hair coming out of my chin tho and a lot quicker now aswell.

I wish they never found cysts, but regardless of what anyone says I can't stop eating well because I am scared that they are wrong and I still am suffering with pcos.

Besides I know my own body. And carbs turn straight into fat for what ever reason. I have seen my weight go up without any effort.

I am on the pill so that will calm symptoms. I don't know what to think.

In puberty I had very irregular periods and alot of acne and I have become so skinny trying to control the weight gain.

I don't know what to think.

Gonna try to speak to a endocrinologist through the doctor, he is phoneing later. 😕 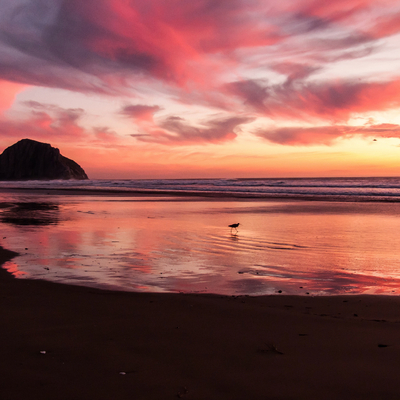 Smilithing
To view profiles and participate in discussions please or .
Read more about...
12 Replies
•

Bloods frequently come back normal - I was diagnosed by scan alone almost 30 years ago and my gynae said back then that they can be unreliable. Cysts can come and go too.

There is no cure for pcos but obviously keeping your weight down should help as often it is the weight gain that triggers more symptoms. As you had cysts before, you have pcos now just no cysts

They said pcos. As you probably know, when everything comes back normal it makes you feel like a nutter who they don't take seriously, I haven't had any sugar or carbs so there theoretically wouldn't be sugar in my blood?

The doctor should phone me back later, I would like to see an endocrinologist, tho I feel it won't be easy. And they don't have my original diagnosis records.

If your diet isn't aggravating things things could be normal?

If I am not careful I do go up like a balloon, it has so many times in the last 40 years.

And periods are all over the place if not on the pill.

Hols969 in reply to Smilithing

Look at the NICE guidelines on PCOS as you should be referred to an endocrinologist as it is their area. I also gain weight hugely when off the combined pill so I stay on it

but have to watch what I eat still.

You can still have sugar in your blood from natural sugar and there is carbs it quite a lot of non carb things too, like vegetables.

I wonder why they don't have your original diagnosis - you know you have pcos, sadly still a lot of doctors are not knowledgeable enough on pcos which is why you need to be referred, a lot still believe you have to have the cysts to have pcos

Hi, yes he just kept with the line that as I soon won't be having periods so pcos doesn't matter, making me feel my concerns are over the top.

My bloods were done in the morning, I had only had buckwheat & egg, and some black tea beforehand.

I thought dr keeps records of your whole life. I have never been to them about having children because I have never tried, so guess it has never been brought to their attention and as they only see pcos as a fertility problem. I have always been on the pill apart from the time when I found out that I had pcos.

If I eat processed and fast food of any kind I put on weight instantly. I have had nothing of the sort since October and have lost over a stone.

I am obsessed with my weight, I have never gone over 11+ stone size 14, if I forget and let go. I wonder if that has kept my bloods in order although I have had hair coming up in odd places and brown patches on my forhead, I thought I was going to be stuck with them but have since gone.

Hols969 in reply to Smilithing

I would have thought because you are quite strict sugar wise it probably would help hugely. I also thought your whole history was kept !!!

Yes me too, obviously they deleted old things when they started using the computers. My original doctor who actually owned the surgery sold it to another company that is probably why. I didn't go back about it till now.

What pill are you on? My bloods came back normal for testosterone but that’s because I’m on Yasmin which controls it! It masks PCOS symptoms. Definitely get yourself referred, that’s what I’m trying to do at the moment. Good luck

I am on cerazette, he thought I said celiac, lol xx

Hmmm I don’t know cerazette. Is it a combined pill? For pcos you need either Yasmin or Dianette to control the acne and for some people it works for facial hair too although it didn’t help me for that. It worked wonders for my acne and gave me regular periods. I would highly recommend going on either of those pills. Dianette is the best one but a lot of doctors don’t allow it anymore because of blood clot risks, although the risks are very small. Keep pushing, don’t give up

I did ask the dr the other week about whether this was the right pill for me and pcos and basically he said because I am 50 I don't really need to worry about pills because I won't really need it much longer. But I know that pcos doesn't go away with the menopause so I'm was wandering whats going to happen after I stop having a cycle?

He didn't seem to know that it won't stop.

God gps are so awful! You should push for a referral. Gps often just want women to go away and stop bothering them. They’re only interested if you’re pregnant or trying to conceive it seems.

Yes, i am going to see him, it was over the phone, I do seem to be having trouble, thank you. He didn't really see the point I think. A lot of ladies have trouble with their gps.

ate a few things I don't normally eat (like a potato, a bread role and a few other things over 2...

impossible to lose weight.. I only have to look at something and the pounds go on! Does anyone have...

Help am I pregnant I'm confused?

and I have pcos I was put on metformin two nearly three months ago and ever since then I been...

I had pcos my doctors have turned around and said its not after my second scan. And said I have...

Dr does not think I have pcos?

and he was saying that I could have cysts on my overyes but not have pcos and unwanted hair is just...

PCOS trying to get pregnant

Feeling a bit lost and stressed. Would like to have a child....

I'm struggling to find a drink alternative - any suggestions...