I visited my "rheumatologist" who has left the care of patients to a Physician's Assistant while he is busy opening another office. She has paid no attention to my report of visual loss left eye, temporal headaches, and every other symptom of GCA. (except fever); Instead she wants to reduce my Prednisone by 4mg. more and prescribe a drug for marginal osteopenia! which was reversed from severe osteoporosis by removal of a parathyroid adenoma 1n 2012.. I refused and will stick with Calcium Supplementation as directed by the expert parathyroid surgeons. The DEXA scan result was the same when prednisone started.

My neutrophil count is 17,698 when 7800 is high normal,. My lymphocyte count is 692 when 852 is low normal, 0 eosinophils, and immunoglobulin G subclasses 4 is 1.0 when 4 is the lowest of normal.So she has given me a referral letter to a hematologist which I understand is probably correct.

I imagine she is thinking of a blood disease or blood cancer. At the same time, she is not addressing my risk of going blind or having a stroke.

Has anyone else had blood count anomalies like this from prednisone? Prior to coming under rheumatology care, my blood counts were 100% normal. Or is it a progression of disease activity.? Monday I will make an appt. with a hematologist of my choice. I am still exhausted, not to mention that I had to admonish a clerk for rudeness after waiting in a claustrophobic room for almost 3 hours! Later she tried to smooth things over.

Nor does she ever examine, listen to heart, lungs, etc; relies totally on scans and blood tests. I think it is time to ditch this practice and find another rheumatologist. Anyone else with these kinds of blood result problems.? Thanks all. 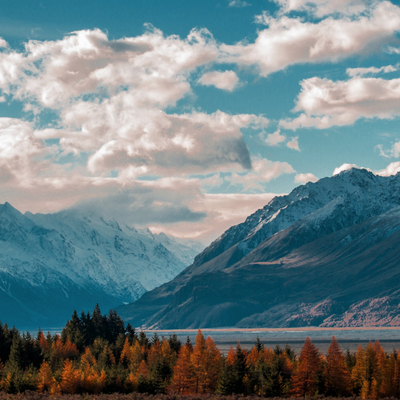 Alliand
To view profiles and participate in discussions please or .
Read more about...
20 Replies
•

I think that you are not in the UK? Have you been diagnosed with Vasculitis or trying to find a diagnosis?

PMRpro in reply to Nadine99

Alliand is in the USA. It says on the profile.

Nadine99 in reply to PMRpro

Why would I look at their profile? Never have as anothermember says

Alliand in reply to Nadine99

Dear Nadine and other members,

I am in the USA as another member has mentioned. The drug is methylprednisone or brand name here is Medrol. My diagnosis is very muddy. Every autoimmune test is negative. My CRP and SED rate are normal. The one finding was the presence of the PR3 antibody or C-ANCA+ at 1.6 titre as it is measured here and 1 granuloma annulare on my hand per biopsy. The biopsy mentioned the"family of granulomatous " skin diseases. And a very fast and dramatic response to Medrol.

However, my symptoms are square on with PMR/GCA which my maternal grandmother had when she was my age. Some physicians find this a diagnostic indicator of PMR. At the first visit , I was not having the GCA symptoms yet. The vision loss episode came after an attempt to taper the Prednisone per the recommendation of a Prof. at Johns Hopkins in their vasculitis clinic.

That was a one time consultation, and when I saw her I was feeling rather well on 16mg Medrol after 7 months on it. Her conclusion was that I was on an inflammatory continuum. She thought the titre of the PR3 was too low to be diagnostic for vasculitis "at that time" (pretty vague. )

And she suggested a 2mg. taper every 3 weeks. It was when I reached 8 mg., that I had the temporary vision loss. I went back up to 16 mg myself. It hasn't happened again.

That report prompted the rheumatologist physician assistant to start methotrexate and to taper the Medrol. So now my neutrophil counts are very high. I understand that is to be expected with steroids. ???? Per internet, usual cause is a bacterial infection which I have no sign of.

And I am going to find another rheumatologist. I will look into Dr. Peter Merkel in Philadelphia as one of you kindly suggested.

The question I have for this group is, since you are , or have been on steroids, did your white counts go high? Particularly the neutrophils ; Were any of you referred to hematology because of that?

And as I have mentioned early on, I had a mosquito- borne tropical alphavirus while in the Caribbean in June 2014; there are research studies showing a relationship between that virus (chikungunya) and autoimmune disorders 2 years later, especially in 65+ population. My problems started 2 years later, and were preceded by 2 viral type episodes ; it was a couple of days after the 2nd virus that the severe upper body pain began. I just toughed out the viruses ; they were just episodes of extreme fatigue with aches and pains without respiratory or GI symptoms. In between the first and second, I was fine.???

I think Peter Merkel would probably be a good option - I don't know what he is like with patients but he can be a bit daunting! Stand your ground and he changes in my experience. He is certainly a pretty good rheumy.

However - personally, my opinion is that a patient with possible GCA needs an experienced doctor not a PA. Even the experts get it wrong ...

I'm curious as to which hospital.....

Alliand is in the USA.

I rarely see people's profile, haven't even seen yours....Thank you.

Mention of prednisone rather than prednisolone usually means the US too.

But, thank you. You are a very kind lady. Wishing you a happy weekend.

Nadine99 in reply to

It's also prednisone in Europe or at least France

PMRpro in reply to Nadine99

True - but on an English language forum people usually mention it when they live outside the UK.

I only have one question: Why have you stayed with them so long?

If you want to hear experiences from a large community of patients with GCA, with quite a lot of them in the USA as I assume you are, I suggest you ask your question on the PMRGCAuk forum:

Neutrophils often rise when you are on steroids - but they also increase in untreated GCA:

If you have had visual symptoms then you need emergency care from a rheumatologist or possibly an ophthalmologist and possibly high dose steroids to reduce the risk of visual loss. Obviously that isn't going to happen with your current doctor - so, really, only the ER is left as an option. If you have ANY further visual symptoms please go to your biggest local ER.

I think that's probably true (is an understatement).

CNS Vasculitis/seizure (on another thread) is considered "so rare" because Drs don't know enough about it and if they get to read about it through "vasculitis" sites (not anywhere specific), it only reinforces their belief that it's rare, once more "and you won't be seeing this type of patient for many years". One of the problems I had over the years, leaving one consultant would/could be quite disruptive/time-energy consuming if you are still getting the diagnostic tests and especially if you are so ill (enough not to have enough energy and brain power).

You are so right about not having the energy to assemble voluminous medical records, repeat the details over and over and over, travel to a new location, etc. , argue with clerks and secretaries, etc.

But I think it has come to a point where I do have to do it.

Thanks , PMRpro for the link on WBC and GCA. I am curious why more Americans would be on the Aukland site than the UK site? And what difference that makes?The disease(s) are what they are regardless of country of citizenship, and, so far, the treatment approaches are virtually the same as I see it, controversies the same, and problems people are having with symptoms, diagnosis, treatment, etc. are shared by all of us whether in UK, USA, and Auckland? Just curious why that particular suggestion/comment? Thanks for your anticipated response.

Sadly, managing this disease can be terribly difficult in a field of physicians with little knowledge of the complexities of vasculitis. Though I live near Chicago, I struggled to find a rheumatologist with the knowledge and insight necessary to treat me effectively. July marks my fifth year since my MPA diagnosis and I am finally happy with my rheumatologist. My 5th. Two misdiagnosed me and two others passed me along to their assistants, similar to what you experienced.

I see you're near Philly. Have you heard of Dr. Peter Merkel? Here's a brief write up from the vasculitis foundation. It might be worth your while to reach out to him.

We here understand your frustration! You're not crazy; it's our medical system. Take a deep breath, exhale slowly, and try a different doctor.

Thanks, Michelle. I am going to take your advice; it's very hard to trust physicians, let alone their assistants.

Sometimes, I think these Drs can so easily end up being Death Merchants unless you defend yourself. There are very few that can handle these illnesses. I could even say, CNS V can kill and no wonder it's rare as Deaths have no voice.

Too much aziathioprine in system

125mg now. My regular rheumatologist at Airedale hospital who looks after my care has never heard...

ANCA marker low and steadily reducing. However when I finally got to 5mg of Prednisolone after a...

no flares. He said he'd discuss it with my rheumatologist in Oxford and to carry on taking the...

that I have no pulse in my left wrist and very low blood pressure in that arm. I met an A&E nurse...

disinterested. She wouldn't prescribe me any medication and forgot to send me for bloods. She did...

Questions after infusion of anticlonal antibodies - can you ...

Hi, just wondering if anyone has needed a general anaestheti...