Brief history, diagnosed hypothyroid last fall, still working on getting to proper dose of NDT, have had antibodies tested twice and all were in normal range both times.

So at my last endo appointment, I got to see the nurse practitioner again (she seems much more with it than the doctor). Based on our discussions, she suggested that we do an ultrasound (I have to clear my throat a lot, large pills don't get "stuck" but leave a sensation in my throat that is unpleasant, I often choke on saliva and drinks).

Ultrasound showed normally formed thyroid, no nodules, no cysts, no tumors; it did, however, show changes consistent with Hashimoto's thyroiditis. Doctor showed me the scan of the left lobe which looked like swiss cheese. Although we all know it to be true, he confirmed that it is possible to have negative antibody tests and suffer from Hashimoto's and that I fall into that camp. Personally, I appreciate knowing that this is what is going on.

The point of my post today is for people that go searching for this situation to see a confirmed case of negative antibodies with ultrasound consistent with Hashimoto's to help them in their decision process of whether to push for an ultrasound.

NP had increased my dose of NDT by 1/4 grain last appointment (which didn't make any change in symptoms), so after 2 weeks, I increased an additional 1/4 beyond that. About 5 days after that, my blood pressure improved slightly (watching carefully to see if I need to reduce my BP meds) as did my fatigue. Doctor didn't give me a hard time about it, which was good. I have increased another 1/4 grain (to 2 grain) after the appointment - hopefully they follow with an Rx for that amount... I don't have results of blood work from that appointment yet. 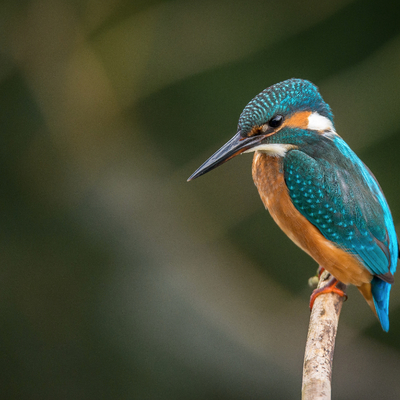 soupybp
To view profiles and participate in discussions please or .
Read more about...
4 Replies
•

I'm glad you are attempting a variation to try to get to an optimum dose. The following link may be helpful and it was written by one of Thyroiduk's advisers (now deceased)'Safely Getting Well on Thyroid Hormones.

Dr Lowe only took one blood test for the initial diagnosis and thereafter it all concentrated how the symptoms resolved by small incremental increases.

soupybp in reply to shaws

The only true interest I have in blood tests is to see how levels correlate with my symptoms. I like to guess what they will be, and I’ve generally been right.

Of course the Endo requires them, but then he doses based on that. If I can get the nurse practitioner, she pays attention to symptoms first.

I’m going to keep increasing regardless of doc. Basal temp is moving up slowly, but still low. Blood pressure is coming down - gp has reviewed and recommended bp med reduction.. Heart rate is stable.

Salvatore68 in reply to soupybp

Hello I am interested in process u did in order to reduce bp ?

How often and when did u take your bp?

By how much did u reduce bp medication?

This is strange as I first had choking since Dec 16, including choking on own saliva and then turning into strong tingling sensations in my throat which I get nearly every day now that make me cough. Also can't take my large magnesium capsules in the evening as it feels like they are 'stuck'. I can't get diagnosed as no-one listens to anything I say.

nodules. Is an ultrasound more sensitive than antibody markets for detecting Hashimotos? I really...

years. My thyroid antibodies have never been out of range - my last test in March this year showed...

was told I should see my doctor as matter of urgency.  They think I have Hashimotos disease.  From...

Diagnosis Hashimotos Based On Antibodies Only

lamotrigine. I did show my results to a general doctor who made the normal statement that thyroid...