Another paper (USA) showing TSH alone is not a ... - Thyroid UK

a primary marker to screen for thyroid function. Significant intra-individual

Objective: To quantify the degree of diurnal fluctuations in TSH

concentrations of healthy individuals and assess its diagnostic reliability. To

Design and Methods: Healthy volunteers (n=102) were recruited from

4 participating sites. Couplet (AM and PM) serum samples were drawn and

Results: Significant AM to PM increases in TSH levels for both men (P <

Conclusion: TSH should not be used as a single marker for the assessment

of thyroid function. We recommend that TSH be used in conjunction with Free

concentrations, suggest we should question the reliability of TSH as a

TSH Should not be used as a Single Marker of Thyroid 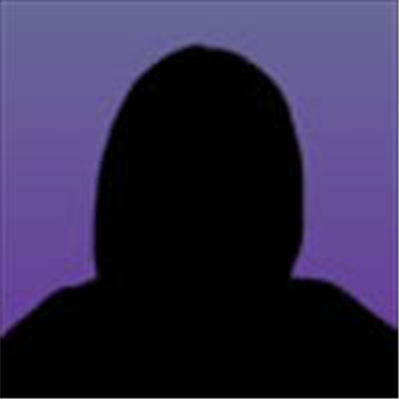 diogenes
To view profiles and participate in discussions please or .
Read more about...
27 Replies
•

Link to PDF of paper: austinpublishinggroup.com/t...

I don’t recognise any of the names except J Jonklaas, who was the lead author of the American Thyroid Association’s 2014 Hypothyroid Guidelines. These guidelines focused very much on measuring TSH, so this change of direction to include ft4 and ft3 is very welcome.

I wonder why they are keen on including a total t3? I think that's no longer tested here in Aus = just free T3. (Or maybe that's just the lab my doctor likes?)

diogenes in reply to

Its because the US has never taken in the idea of FT3 at all. Reasons? NIH - not invented here.

Ahh. They did include free T3 as well. I think it's been more than a decade since my doctor explained that he wasn't interested in total, just free, and why.

I did think it was interesting that they referred to TSH for *screening* for thyroid problems.

I think it's being used to mean simply "test for", nothing particularly ominous. Which reminds me of that wonderful sketch by Michael McIntyre about how Americans use English.

Oh no, I saw it in a positive way! Like - this is just a screening test, it has limitations, you'll need proper testing if it flags a problem. Maybe I misread it!

"Results: Significant AM to PM increases in TSH levels for both men (P <

Haven't they got that the wrong way around? I thought TSH is highest in the morning.

In the real world, we pretty much have to have our blood drawn in "office" hours so our shorthand description of TSH getting lower through the day works. But it does start to rise again in the late afternoon and by 21:00 certainly does show on a graph as a higher number. It would be necessary to check carefully exactly what they are saying. But just comparing those two time windows could miss the middle-afternoon trough.

in reply to helvella

I think it is lowest at about 3am, which for most of us isn't very useful. I can be waiting at the pathology place for when they open, but opening is usually 8am!

humanbean in reply to helvella

Hidden I noticed "AM to PM increases" as well, and was going to comment, but you beat me to it.

I wonder if I can make a prediction...

Patients "in the know" are now doing what they can to get thyroid function testing done as early in the day as possible.

If any endos ever read this paper they will start telling patients they must get their blood tests done in the afternoon because TSH is highest during the PM. They will not take into account the specifics of what AM and PM refer to in this case, and will refuse to believe that they could possibly be wrong.

in reply to humanbean

That was many years ago! But I'm in Australia, where our care seems to be different. It was also in the context of a clinical trial, so possibly they just wanted everyone to be consistent.

Furface in reply to humanbean

The last Endo I saw said it only varies .2 throughout the day and no medication affects it, it is the gold standard test. No surprises there really, eh, not from an Endo who will not tolerate (his words) suppressed TSH regardless of what the FT3 is (even when its bottom of the range).

humanbean in reply to Furface

I would give that endo a miss in future, or give him a copy of this paper :

He's totally wrong about how much TSH varies throughout a 24-hour day. See the graphs on page 2 and 3 to see what I mean.

Furface in reply to humanbean

That's a very detailed paper and only backs up what I already thought, thank you. The tricky bit is convincing this Endo who said he would prescribe combo T4 and T3 BUT he will NOT TOLERATE a suppressed TSH. I know from the time I have been on NDT that I only feel well when it is suppressed. When it is not, I have breathing problems, balance problems and my heart races plus lots more unpleasant symptoms. My problem is, this is my fourth Endo and GP wont keep referring, he said this is the last time. (None of the Endos have known what they are talking about. All of them denied I needed help and the 3rd one tried to finish me off by saying my blood tests showed I had no endocrine issues (despite having Vitaligo) - I was on NDT at the time so the bloods reflected this. This is truly a terrible system of thyroid care with clueless people in charge of whether we thrive or barely survive. The stress of this is overwhelming.

diogenes in reply to Furface

Clinical significance of TSH circadian variability in patients with hypothyroidism.

To investigate the clinical significance of thyroid-stimulating hormone (TSH) circadian variability in patients with hypothyroidism.

A total of 20 women with subclinical hypothyroidism and 22 patients taking L-thyroxine replacement therapy for hypothyroidism were enrolled in the study. Measurements of serum TSH levels were done twice a day from 08.00 to 09.00 a.m. and from 2.00 to 4.00 p.m.

The time of blood sampling has an important role in the interpretation of TSH levels. Moreover, the high TSH circadian variability should be considered in discussions about the narrowing of its reference range.

Furface in reply to diogenes

Well according to this, there is a little more variation than the .2 that this Endo was vehement about. It causes a lot of problems when patients are not given blood test appointments until late in the day, I have experienced this yet when you question it, we are told it makes no difference. However it makes a massive difference to the patient as they often get their medication cut. This is what that Endo said he would do if I had a suppressed TSH. Lots of threats and I don't even have the T3 yet, he told me he would know how much T3 to give me once he knew how much T3 and T4 was in my NDT. He could have googled it but no, told me to go home and email him (now I think he never intended to give it to me all along. Why are these Endos allowed to get away with treating people in this cruel way). He made me feel as though I was asking for cocaine rather than a hormone that will help me be normal . . . . i know its just about price and so they set the patient up to fail.

Soldin is a very odd bod with firm ideas. He has championed a particular way of measuring thyroid parameters which I for one think dodgy. That is not to say his message with Jonkclaas isn't true overall. I wonder sometimes at his methodology though. And that is putting it mildly.

Suppose the main point is that TSH does vary, and is therefore not a reliable marker of thyroid function

Thanks for this. Hey - if they’d had asked us we could have told them and saved all that money on research and bloodletting! But still good to see some studies concluding what to us is bloody obvious.

No thats not true. FT4 in health does not change through 24 hours, and FT3 only has a small (10%) rise, about 90 min after the TSH peak in the night, whereafter it returns to a stable normal level. We cannot relate healthy situations to treatment, where again FT4 and Ft3 will remain constant (on T4 therapy but not on combined or T3 only) and the TSH cycle is lost.

This paper shows no effect of low TSH on fractures, mortality or AF

New paper showing TSH is controlled by both T4 and T3

Thick and Fast. Another paper questioning TSH as a standard test for hypo treatment

challenges in the application of serum thyroid stimulating hormone testing in the management of...

Another article decrying TSH as a diagnostic in therapy

article adds to the growing evidence against using TSH as an accurate diagnostic for treatment....

Paper on effects of T3 therapy

sincere gratitude to the forum