Three years ago I had aspiration pneumonia and was treated with Levaquin, 750 mg. I think I was overdosed as I had severe pains in my lower back (kidneys?). The nurse suggested I may have been overdosed. A year later I was diagnosed with Graves disease and had a thyroidectomy. I have never returned to my excellent health I had before the Levaquin.

Has anyone had experience with Levaquin causing many ever-lasting side effects like sore muscles, painful tendons, and worst a thyroidectomy? 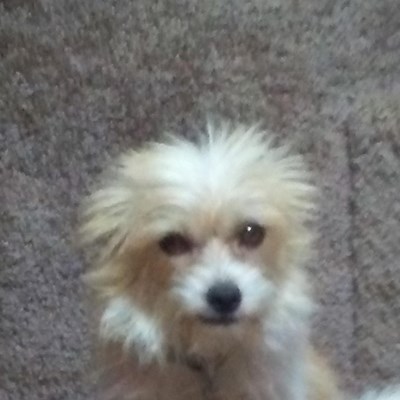 leftbehind
To view profiles and participate in discussions please or .
Read more about...
11 Replies
•

I was treated with another of the Fluoroquinolones, Ciprofloxin 500 a couple of years ago, I had awful pains around the midriff/stomach area, I never connected the two and honestly thought I had something so dreadful I was on my way out. It turned out it was a side effect, when mentioned to my GP he told me to stop it immediately and he marked my medical record that I should not take it again.

Have you heard of being "floxxed". Worth looking up and seeing how people are affected in different ways. This article may interest you and could be a start to further research

PS - when my lung consultant prescribed the Ciprofloxacin I questioned it, saying that I'd read that it can have nasty side effects. His reply was that it was perfectly fine and he hadn't heard of any problems!

leftbehind in reply to SeasideSusie

I have been reading blogs about Levaquin and all fluoroquinolones and don't ever want to take any of them again I still think they have affected my muscles and joints and the thing you were talking about your side's hurting so bad I just went through that for 4 days I could hardly even walk and then it went away. No one warned me about Levaquin side effects at all when they gave it to me I found out later about it. The nurse even suggested that I may have been overdosed because I had back pain all night in the hospital. Out of three different GP's, not a one of them has had any knowledge about side effects of Levaquin they all say oh well those will go away but I know different. It amazes me how not up to date GPs are on meds and thyroid issues they are in the Dark Ages. The harm is done and can't be undone.

SeasideSusieAdministrator in reply to leftbehind

It really is frightening isn't it, what doctors don't appear to know, or do they just not tell us?

Those pains I had in my stomach really frightened me. I even told my son about them and said that if I pop my clogs he knew where everything was, what to do, etc. I really was that worried.

I had a follow up with the GP and told him about the reaction I had, he immediately said stop taking them. I said I'd only got one left and he said he would mark my record I must never be prescribed them again.

Some time later I saw him again, possibly another lung infection as I was having so many, and I mentioned that he'd said I wasn't to have Cipro again. He looked puzzled and said "Did I?" Jeez, it's all there on our record if they only bother to look.

leftbehind in reply to SeasideSusie

I've had two episodes of painful bloat and my muscles on my sides hurting badly. Once I went to the hospital and just lay there until it finally went away. Nothing ever came out of me nor any meds helped, it just went away. I just experienced it again for 4 days I could not even walk I was so bloated. This time also it just went away. My GP said maybe I ate too much meat.

Hi, I don’t know much about this but there was a class action suit against the makers of Levaquin. It caused paralysis and worse in some people. I learned of this from friends that shared the links with me (after I told them how I felt). Last year i had a severe siinus/ear infection that, after trying other meds, causing vertigo, would not stop. The doc. Gave me Levaquin. I took one pill and could not walk properly nor move my fingers. It was terrifying.

Hi leftbehind , I have read that thyroid patients should not have Quinolones, Sulphonamides or Micins. I think it was on this site some years ago. I do know Trimethoprim caused me terrible trouble for a couple of years, until I had help for my adrenals.

leftbehind in reply to nightingale-56

My thyroid was fine until after I had been given Levaquin for pneumonia. After that I never regained my good health. One year later I had Graves disease and thyroid removed, and now I have weird sore joints here and there coming and going. Still no no GP will acknowledge this had anything to do with Levaquin. It's too late now to undo the harm. I no longer trust doctors I have to question everything which is irritating to them.

My step dad had an IV of this stuff. It sure cured his pneumonia but he was complaining about his leg hurting--never a word about his chest or any coughing. This was back in 2008. I got online and tracked down this drug as the culprit and the fact that torn tendons can be a side effect. He went to the doc and they told him it only happens to CHILDREN! I was incensed. I tried to get him to sue but he declined. Here he was 85 years old with bad feet and then he had to wear a cast for 8 weeks.

I hate to think how many times I have taken these. No wonder I have some kind of autoimmune disease--or is it gene damage from this awful drug?

leftbehind in reply to 777dove

I think the Levaquin is so hard on your system that it completely disrupts your immune system and your body doesn't know what to do so you get an autoimmune disease. For the amount of damage I have read about from fluoroquinolones things you take them off the market. Maybe it would work if you had Ebola or some really horrible infection that was killing you. As a last resort.

The congress (here in US) passed a law that a person cannot sue any suppliers of generic drugs. The doctors and pharmacists have been instructed to prescribe and fill only generic drugs --they say its because they are cheaper! We know better. follow the money every time! Some of believe this is a deliberate action to make us sick and die. Too many useless eaters you know.

Levaquin was actually tooken off the market in Dec 2017, because of all these debilitating side effects! But, the generic version Levofloxacin is still being given daily!! I was poisoned by this a month n half ago, my Dr gave it to me for pharyngitis, even though its BLACK BOXED to only be given as a last resort antibiotic!! Such as anthrax,& the plague!! My body will never be the same! I am crippled now, getting MRIs of my knees Thursday, I believe there is tendon tears/torn ligaments. Everyday its something new! My Dr didn't believe me, said I have RA,& THE LEVOFLOXACIN may have caused the flare!! My RA factor came back neg, just like I thought!, I'm so lost!!

Can Lyme disease cause thyroidism?

being infected with Lyme disease. Now 11 members of his family have Lyme disease and he's convinced...

I have been diagnosed with Graves Disease this year and am taking Carbimazole.

Hello I am new to this site and I posted on the Graves community because I am at a complete loss. I...

wanted to ask if anyone has been diagnosed with Graves and Hashimotos with some thyroid...

option (I said I had no time to have operations!). I would like to know if others have had similar...