Here we go again!! Sorry!: Despite all the blood... - Thyroid UK

Despite all the blood tests, most recorded here, Thyroid problems have remained undiagnosed. In the words of my GP; "you remain a diagnostic conundrum".

For the last 3 weeks I have been deteriorating. The usual; weakness, fatigue, constipation, "foggy" head, aching muscles and painful joints. Staggering about like a drunken sailor on a ship in a storm, struggling to drag myself even 200 yards to exercise my dog, slight inclines proving a real struggle, poor sleep, falling asleep whenever I allow myself to stop and relax, etc. Yesterday with everything at a low ebb, after waking up in the middle of the afternoon, I acquired a 50mcg of Levo and stuck it under my tongue. Within an hour the fog had cleared, my legs stopped aching and reacquired some strength.

Questions; 1) Could the improvement be put down to the 50mcg of Levo?

2) If so does this suggest that I hover around borderline deficiencies and 50 is enough to tip me over?

3) If Hashimoto's, would the Levo have this sort of response?

4) If the 50 was indeed the cause of the improvement how long would it last?

I'm going to get a Blue Horizon test kit and wait for the next real "down", is it worth doing the anti-bodies too? 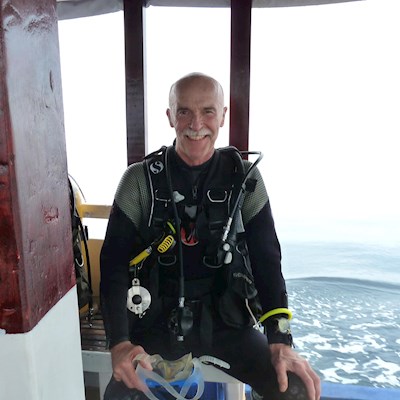 reelingenious
To view profiles and participate in discussions please or .
Read more about...
8 Replies
•

Dear Reelingenius, your thyroid problem remains undiagnosed by doctors, but not by you. It seems clear from the results you posted previously that your thyroid is struggling (low but within range T4, low T3). Have you asked your doctor for a trial of Levo, which NICE guidelines suggest for 'subclinical' cases i.e. people like you who are symptomatic but whose bloods fall within normal ranges? I am not sure whether you can feel the effects of Levo straight away. It could be placebo, you need to keep taking it to find out. I don't think having Hashi's would have any effect on the sudden improvement after taking the Levo. If your doctor refuses a trial, see another doctor and if that doesn't work,self-medicate. You don't have to keep feeling this ill.

Thanks Scazzoh. If it was indeed placebo, it was pretty dramatic! I'll see how long the "decline" takes! Then get bloods done to support my case. You mention "self medicate". Where would I get Levo, without a prescription?

It makes my blood boil that you have to get iller before doctors will act. I self medicate with NDT, so I am not sure about Levo. If you put up a new post, you will get some advice.

You mentioned in a previous post that you wanted to see a doctor who knows what they are talking about. Did you ever get that sorted? I see a doctor of Functional Medicine in Manchester (privately, unfortunately). They look at the causes of diseases rather than treating the symptoms (what doctors SHOULD do, but don't). The Institute of Functional Medicine has a 'find a practitioner' section. (functionalmedicine.org/

I very much doubt if the levo had anything to do with it. Even when you swallow it (it's definitely not to be taken sublingually, you need stomach acid to separate the thyroxine from the sodium molecule), it takes 7 days to be absorbed, and 6 weeks to feel the full effects.

That's not to say you aren't hypo - I can't remember your labs - but taking one 50 mcg pill of levo sublingually, won't prove anything.

Greyoose That's disappointing to hear, just when I think I have established something! I suppose it could have been coincidental, but with what I couldn't hazard a guess. Why not sublingually?

reelingenious It was mentioned in your last thread, for a member to get notification that you have replied to them, you need to answer directly under their message, within their message box, by clicking on REPLY immediately under their message. Alternatively, tag them by putting @ directly in front of their name (no space), choose from the list of names that come up so that the name you've typed turns blue. Either way an email will be sent to them to notify them of your reply.

The molecules or whatever are too large to be absorbed into blood stream sublingually. What were the fillers in the tablet? They might have had an effect.

reelingenious It isn't possible for Levo to have an almost instant effect. It takes 7-10 days to start entering the cells and the full effects take about 6 weeks.

"You will need to be patient as it can take a long time to improve. It takes about 7-10 days for the levothyroxine to enter the body’s cells properly so don’t expect any improvement before then. Some people do see improvement in two weeks but for many it can take several weeks and even then, only some of the symptoms will improve in the beginning. If you have been ill for a very long time, it can take many months before you are back to normal."

And Levo isn't meant to be taken sublingually, it's meant to be swallowed with water. There have been posts about this before but the search facility here is so poor I can't find any to link to.

If you're going to get a Blue Horizon kit in to do a test on a down day, then definitely get one that includes antibodies. As mentioned in a previous post, one negative antibody test doesn't rule out Hashimoto's.

Don't forget that thyroid tests are best done as early as possible in the morning (before 9am) after an overnight fast.

Scazzoh probably meant self medicating with NDT (Natural Dessicated Thyroid) which is fairly easy to source, but it is possible to buy Levo from overseas although I think it might be more expensive than NDT.

give me the benefit of the doubt and increase my Levo to 100mcg but it seems like he just can’t...

myself about etc) my oncologist suggested 100mcg levo and alternating with 75mcg. Been doing this...

Here we are again!

medicated on my thyroxine, levels still 2.8 on 50mcg of Levo. Considering if it’s worth seeing an...

Here we are again. Hashimoto's and levothyroxine intolerance

can't tolerate even a low dose. (I should add I struggle with most medications). What are the...