Hi all. Went to see endo again yesterday and told him I was, feeling great. His response was-yes you would be if you were on cocaine too. I pointed out that my great was nothing other than not depressed or 'normal' not high as, he was implyin g. Still wants me to decrease my dosage of t. 3 (I have gone down from 40-30mcgs of t3daily.) he suggests 20mcgs of t3 and increase my t4to 100 mcgs from 75, his reasoning is that my the is less than. 1. I pointed out that I had read that this was normal for anyone on t3. He said no not that low. Mentioned that I had learnt a lot from this website which is why I am feeling better. He reckons the site is based. I thought that was funny considerering initially he gave me no help at all. The only reason I am feeling so good is because I have gleaned info from thyroid UK and my GP has supported me. All the endo does is scare me that I am taking t3. Who is the biased one? However I do have to play the game as he is giving me the prescription. Should I be worried? 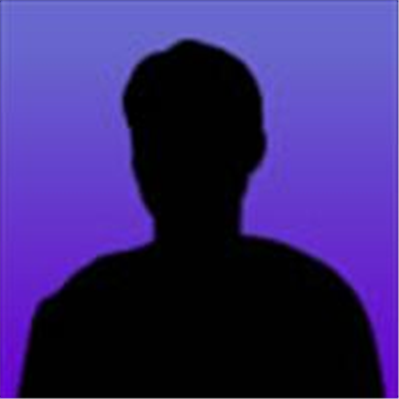 Redjane
To view profiles and participate in discussions please or .
Read more about...
14 Replies
•

They really have a cheek. The give you T3 then whip it away. What kind of mental torture is this? They really don't know what they're talking about as the TSH doesn't tell them what thyroid hormone is within your cells. TSH is from the pituitary gland.

We go to them hoping against hope that they will give us medication that will make us well and if we don't on levo, let's try T4/T3, T3 alone or NDT. We wont complain then if we have options rather than adjusting medication according to the TSH and not our clinical symptoms.

If you see him again, tell him if treating patients with proper and adequate thyroid hormone that there would be no need for 'self-help' forums like thyroiduk. Also inform him that it is the biggest Group on Healthunlock Thyroiduk with over 20,000 dissatisfied patients pleading for help which is not forthcoming from those who are supposed to know and be better educated than most of us. We find out that it is a 'fairy story' for most of us, like looking for Cinderella's shoe to fit.

If you are feeling normal health please don't change as it can interfere with your metabolism.

and click on any topic at the top of the page. Some links within may not work but you will pick up knowledge.

RoloHibbs in reply to shaws

I agree Shaws. I'd also add that I was directed to the main Thyroid UK site from the under active thyroid page on the NHS web site. My Endo didn't say a word when I mentioned that to him...

Redjane, using the line of coke argument just shows your endo is a tired old hack obsessed with getting your TSH within range rather than having an interest in your symptoms or lack of them. I can't see how increasing your T4 by 25mcg and reducing your T3 by 10mcg will 'improve' your TSH though. You'll still be on the same total amount of thyroid replacement. I reduced T3 by 10mcg in Sept after a high FT3 result. I haven't felt any worse for it.

He's right in that most posters on this forum are biased in favour of patients having the dose and type of thyroid medication they need to feel well and less interested in TSH which is a pituitary hormone and often irrelevant to how ill/well one feels.

The only way we can judge whether you are overmedicated is if you post your thyroid results with the lab ref ranges. As you rightly said, TSH is often low or suppressed when taking T3.

TSH would be low on T3 and the endo should know this.

Thanks all for your comments. I am so grateful for the help and info I have got from you all. I feel a bit like Anna with my banner when I talk about how much better I feel on t3 but it frightens me that if I had not found out about it myself, I would still be in that awful fog.

Ahhh this is all about treating via the TSH......is there no endo out there who can resist this?!! If there is someone out there not hooked on prescribing via the TSH can you pm me pleeeease as my experience now is that all endos will go by the TSH -and though we all know that T3 suppresses the TSH they still insist on treating according to the level of TSH!!! Madness!

Mine is suppressed and has been for over 8 years since being on a combined thyroid treatment. my endo is now insisting that I must lower my dose too to bring my TSH in range.....despite my thyroid hormones being well in range. Upshot is I will end up being under medicated and feeling really ill. Then they wonder why we end up self prescribing!!!! The argument for lowering the dose is that I will end up with Oesteoporosis if I don't -however there is no sound research to prove this!!! In fact under medicating is more likely to cause the problem!!!!

I really miss my doc who used to treat me -he was fantastic and restored my thyroid health -sadly he has now passed away so have to find another practitioner.....happy to go private ( already have the 'list' from Louise but it seems to make no difference -TSH rules!)

Sorry this is not more positive Redjane.....lol

Wish you luck......reckon you will have to take charge!

Wonder how he knows cocaine would make you feel great!!! Maybe that explains his lack of thyroid knowledge. Just had the same argument with my GP, told her I'm feeling the best I have in three years but her answer is (your TSH is supressed at 0.09 so I'll test again in eight weeks and if it's still the same we'll have to look at reducing your dose). Do any of them listen to a word we say. My previous endo agreed I probably had a conversion problem and added T3, only 10mcg, then when I said I felt much better on it preceded to say she thought I should see their CBT counsellor for my CFS. I sometimes think I speak a foreign language.

Brubru in reply to blackqueen65

All of it would be laughable if it weren't reality! Does he prescribe cocaine then? I told mine I'd rather have rubbish blood tests results and feel good than the other way round.

blackqueen65 in reply to Brubru

Yeah I've no intention of reducing my dose if I feel well. Even if there's a risk with low TSH I would rather have 10 years of feeling good than 20 feeling rubbish. A previous GP in the same practice said he wouldn't have reduced my dose last time as my T4 and T3 were nowhere near the top of the range so I'll be seeing him next time.

Redjane in reply to Brubru

I tell him y that every time I go. But thanks anyway. X

Bet the old codger has never taken coke! If he had he would know that you only feel 'great' - well, high - for a short period of time, not permenantly, like you do on the right dose of T3.

And when the high has worn off, you feel terrible until you get your next shot. This is in no way true of T3! But then he's never taken T3, either, or he would know that no way does one get high on it!

Is he totally unaware that his cells are also full of T3? Does he feel high??? (If so, he's damn lucky, that's all I can say! lol)

Read up on the effects of coke to perfect your come-back for next time.

Oh yes I will take note of all that has been suggested here so that I am well armed next Appt. Thanks everyone for your concern. X

So did you ask him how he *knows* you'd feel great on coke? Is he taking it? Sorry, but these endo knobs really annoy me!

therapy. It's behind a paywall, but the summary here I feel is very encouraging. Combination...

after 3 cancelled telephone appointments I get this from my endocrinologist, I am rapidly losing my...

tired eyes anytime of day, waking up with this feeling some days...just want to close my eyes..is...

Despite all the blood tests, most recorded here, Thyroid problems have remained undiagnosed. In the...

Here we are again. Hashimoto's and levothyroxine intolerance

bit higher that normal, but under 5,apart from the odd swing to about 10. I'd been feeling wired...