Thyroid test ranges for children: Does anybody... - Thyroid UK

Does anybody know what the ranges for children are? I have been fighting for blood tests for my 12 year old for the last year and have finally got the diagnosis I suspected ..... it only took 4 GPs and a consultant! But now have a slightly over range TSH and positive antibodies for hashimotos. We have a paediatrician appointment coming up and I want to be armed with information as GP said they may want him to let him go biochemically under active I.e. >10. He is already struggling. 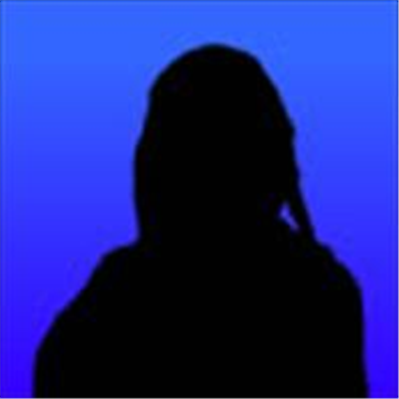 lolajone
To view profiles and participate in discussions please or .
Read more about...
12 Replies
•

With adults, each lab has its own ranges. They depend on several factors and vary - sometimes it seems to depend on the manufacturer of the kit more than anything else.

For children, it is exactly the same. And you have to look up the range according to specific age.

The ranges for one lab are available here:

What you absolutely must NOT do is use those ranges. Look up the ranges for your local online, or ring your lab to get their ranges.

In my book, there is absolutely no reason to allow TSH to rise further. It would be dreadful to allow a confirmed hypothyroid child to remain untreated.

lolajone in reply to helvella

Thank you for the link.

He is lucky that he has you working for him.

Yes I can't see any reason to do what the doctor suggests.

I'm not familiar with children's ranges either but I do know they are very different to ours as your child is still growing and so needs to be able to do this in the same way ours would be increased when we are pregnant to support the baby's growth. Listen to the consultant and ask questions. Check that he is going to be carefully monitored by him and hopefully thinks will start to improve soon.

lolajone in reply to silverfox7

Thank you, that is useful angle that he is still growing, I will use that one if necessary.

lolajone, can I ask what Thyroid bloods your child's Pediatrician did ?

We are still not having any joy with our Grandchild's pediatrician who has only allowed TSH and FT4 to be done, despite our Grandchild many years ago having a blood test which has 'borderline thyroid bloods' stated, child's FT4 is always at the bottom of the range.

TSH and FT4 only does not give a full thyroid picture of what' s really going on.

I am surprised the Pediatrician does not know this ?

Hormone Restoration mentions that a child's thyroid hormones should be in the top third/quarter, higher than adults up till the age of 25 when hormones fall.

These are two children's blood ranges I have copies of, but note these go back several years.

I saw 3 GPs with my son explained to them that I thought he had thyroid symptoms which they dismissed even though there is strong family history of both graves and Hashimotos. I have both. We got referred to an Orthoptic Clinic for an eye issue, they wouldn't countenance any thyroid connection. Four lots of eye drops later I got online access at the GP surgery for my son so that I can go online and book the GP that I want. There is only one who listens....and finally we got a blood test, the full suite. However when I got the results they hadn't done antibodies. Straight back on the phone, had to wait 6 weeks before was allowed to be tested again. This time I made a fuss at the blood clinic and made sure it was definitely requested on the bloods form with a note that wasn't done last time.

I'm now preparing for battle when we see the paediatrician.

My advice, make a nuisance of yourself albeit in a very nice but assertive way and make sure you know what tests need doing. I drew up a family tree showing thyroid issues to demonstrate the family history.

He has had tsh, t4 and now TPO

It is such a game to get these medics to listen to us when we have thyroid issues, but a different game when it involves children, especially to put them through further blood tests. Best of luck when you see the Pediatrician, ours told us 'children don't get these things' ???

We have been assertive, have produced loads of evidence, but fed up of being nice when the Pediatrician is more interested in proving child has high cholesterol and testing for diabettes. Then, to keep us quiet, brings in the heavies, (Social services) for what is a medical issue (child 4 stone at aged 2yrs old and was putting on masses of weight on breast milk to start with ? ) then the Pediatrician accuses my Daughter of 'over feeding' her child, then tries (but failed) to get my very bright, switched on Daughter assessed for mental issues, for 'over feeding' ? thankfully and eventually after many SS tearful meetings, with everyone in the meetings against them, SS saw sense and has told the Pediatrician not to use them as a go between. I think now the Ped is NOT looking for thyroid issues as she will look stupid if our Grandchild is found to have them so prefers to have him sent to dietitian where it is not working.

Though I was right all along about Grandchild having a vitamin D problem, despite being belittled each session I mentioned it, it only took the Pediatricain several years to find out our G.child DID have a vitamin D problem and now expects a multivitamin to cure it ???.

Coastwalker what an awful ordeal for all involved. I would be refusing to see that "expert" again.... Can you not get a referral to somebody else?

That Ped is about the 3rd one we have seen, only when parents went to see a solicitor before a multi agency meeting did they realize they had more clout to speak up, too frightened before as the SS vote was only one point away from going to a closed court. A medical condition being challenged in a closed court has no chance as SS will only believe in the 'Experts'

You and your child have had a rough ordeal too, with much time wasted in getting a diagnosis.

Without those other thyroid bloods for a FULL picture no one can prove or disprove there is a thyroid problem, not even the 'experts.' Thankfully you proved that one yourself lolajone, well done.

Good god. Not just me then.

youngest boys are autistic but I also suspect may have thyroid dyfunction. My eldest daughter has...
•
12 Replies

study done in Germany (2005) on the TFT reference ranges that I hadn't found before. Interesting...

Is there a different test range for people who have had their thyroid irradiated?

close to being out of range. I am sure I have read something before that the range is different if...

in normal range does it mean the functioning of thyroid gland is ok .If TSH and T3 OR TSH and T4...

Thyroid results but no ranges given! Is there a standard range available?

find the ranges BUT I have found a test I had done last year with ranges (may be the same?) TSH...