This is just a quick question as a prelude to a much longer one (and another rant, I admit)....

I am about to try T3 (only) again and have read conflicting instruction re. the timing, as in - as the title says - should it be WITH food or AWAY from food?

thought that it must be with food.... but if it shouldn't be with food, that might make it a little easier to time it correctly. 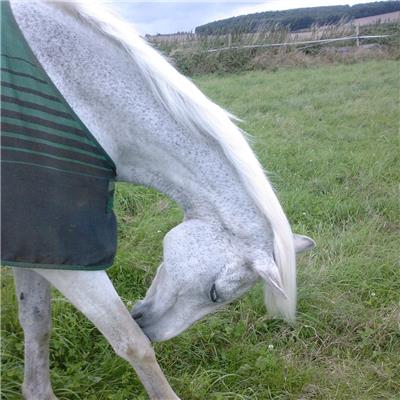 DumbBlonde
To view profiles and participate in discussions please or .
Read more about...
13 Replies
•

DumbBlonde- I've seen it mentioned on here that one should leave minimum half hour gap. That's what I do and keep T3 away from coffee too. How often will you be dosing?

(Although I often give it up entirely for days at time....)

I plan to take half of a 25mg tablet at some point during the morning - mainly because I would worry about interfering with sleep.

Don't automatically assume that T3 will interfere with sleep. Some people take a small part of their dose of T3 at bedtime because it helps them to sleep. I think I read somewhere (I could have imagined it) that a healthy body will make 60% of its T3 between 10pm and 10am.

It's always worth experimenting with number of doses, timing of doses, size of doses etc. There is no reason I can think of why your first guess at how to dose should always be the right one.

I am in such a mess that I worry that ANYTHING I do will make me feel worse not better.

(Because until you DO feel worse, you think that things are as bad as they can be.)

I know that fear. I remember shaking with nerves in the early days of trying different kinds of thyroid meds. When I discovered that my world didn't come crashing down I gradually started to feel braver about it.

Just take sensible precautions. Try to arrange making changes when you have a couple of days at home. At least then you don't have to worry about anything else.

And if anything goes pear-shaped just go back to the previous dosing pattern that worked okay.

Thank you human bean ---- your advice is most welcome.

I wish there was a previous pattern that worked OK (or any dosing pattern; I am flying by the seat of my pants here), let alone an actual conformed diagnosis of hypoTH rather than all (most of) the symptoms and no help from anyone :o/

I know what you mean. The NHS refuse to diagnose me as well. I was diagnosed by Dr Skinner just before he died. I have told my doctor I am self-medicating and I refuse to have my thyroid tested by the NHS. The subject is never mentioned now.

I've also refused to take statins and I refuse cholesterol testing too.

Although not so good that the NHS has the power to do (possibly) more harm than good (flying in the face of the Hippocratic oath, some might say).

I have (non diet-related) rising cholesterol (and like you, would refuse statins), rising BP, low ferritin and all of that.

By continuing to request help for thyroid issues, it has ended up that a (young, female) GP who had not actually seen me for two years, DIAGNOSED me (not qualified, must be a Psych.) with a Personality Disorder!!!!!!!!!!

I should also mention that I have been seeing a homeopath since Dec (1/month) and ended up with a variety of "remedies", a different one each time.

At my last visit, she asked for some input from a colleague who is a medical Dr as well as a homeopath. When I mentioned - AS WELL as all the symptoms - that I had taken a bit of T3, he started ranting at me, telling me that I MUST NOT TAKE IT; telling me that taking any thyroid meds would stop my thyroid from EVER making the hormones itself.

The experience was not good (to say the least) and the only remedy my lovely homeopath gave me that day was a stronger version of Rescue Remedy.

I really just don't know where to turn any more, so here I STILL am.

I remember trying Rescue Remedy when I stopped smoking. It never did anything for me. I would have been delighted if it had.

The medical doctor you saw sounds like an ignorant prat. There are 25000 members on this forum, and many of them do very well on thyroid hormone. Certainly better than they do if they were left unmedicated.

As for being diagnosed with a personality disorder I wouldn't be surprised if there are various things of that nature on my medical records too. They used to keep shoving ADs at me, but repeated refusals seem to have stopped that now.

Are you sure this homeopath is worth the money you are spending on her, even if she is lovely?

Hm, yes, I try very hard to "believe" but I now have so many different "sugar" pills and various liquids that I don't know which are worth taking and which not.

I think half of the help such things offer is psychosomatic and where homeopathy is concerned, I am not quite sure whether I prefer to think the tablets are sugar or actually DO contain the ingredients they purport to as so far I have been given remedies that come from the milk of dogs, humans and !snakes! And now also "pure" beryllium.

When stopping smoking, I think it is of great benefit to actually believe that any of the supportive tools we put in place DO actually work; anything to get through the process in my opinion.

With regard to what they put on medical records, I was told (at a meeting to complain with the Practice Manager) that what is written on medical notes is part of a legal document and that getting it removed or altered is very difficult. It was after this meeting and only recently that this "diagnosis" was made (without my agreement or knowledge). I am awaiting (so far six months plus and counting) the outcome of my application and appeal for breast reduction surgery before I actually look into taking legal action (thus, proving them right that I am something of a nutcase!)

Stourie in reply to humanbean

Dumbblonde, Take it with water one hour before, or two hours after, food and drink especially coffee, 2 hours away from other medicines and supplements and 4 hours away from iron, calcium, vitamin D and oestrogen.

25mcg tablets are easy to quarter with a pillcutter so you may be better off trying 6.25mcg to acclimate and raising to 12.5mcg after a week or two.

Jollypolly in reply to Clutter

I am replying to a post Six years ago! Never mind..Can’t believe what I’ve read ! I struggle to get my body to accept 2.5 mcg at a time…never mind the amounts you are taking…

Just goes to show how very different all our needs are,,,

Should iron be taken with food or away from food?

supplements. BUT my question is should iron be taken away from food or best with food? I usually...

T3 - with food or empty stomach.

T3 (5 mg). She said I could take with or without food. Curious what others do? Thx!

Keep away from surgery

being cancelled due to the coronavirus and to keep away from the surgery all none emergency...

staying away from thyroxine for a month

for this i am feeling bad but i feel ten times more bad with thyroxin i do worry but i am...

Can you take t3 with food?