Saw a new functional med doc, going to trial a small dose of T3 (5 mg). She said I could take with or without food. Curious what others do? Thx! 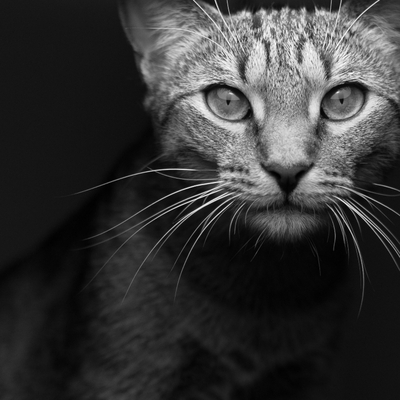 Duckydoodle
To view profiles and participate in discussions please or .
Read more about...
13 Replies
•

It has long been discussed here.

The overall situation is that, while many feel it can be OK with food, there is no good evidence either way.

I think many have taken the precautionary approach - based on it being just one atom different to levothyroxine, which we know interacts with many substances.

It could be that it depends on the food! Some being fine; others not.

Because it's hard to get and expensive, I want nothing to interfere with my T3 to less it's effect so I take the precautionary approach and more or less treat it the same as Levo and keep well away from food, coffee, other medication and supplements.

I take my T3(high dose) in a single dose at bedtime so away from all food and drinks..I honestly have no idea if this is more beneficial (for me) because I've always dosed that way... I followed the advice offered here. It made sense to me.

But, as with all things thyroid, we are all different...trial and error to find out what works for you

I'd be inclined to suggest you take it away from foods and drinks to maximise absorption!

I take T3 only, and prefer to err on the side of caution. I take my T3 - all in one go, because that suits me best - when I get up, and then get on with life for an hour or two before even thinking about breakfast. All supplements are taken in the afternoon. That way, if anything goes wrong, I know it's not an absorption problem.

This may be helpful and it's by a scientist/researcher and expert on T3.

Dr. Lowe still believes that clinicians or patients should order the tests, but if the tests are all in range, he feels a patient shouldnt accept that he or she is negative for hypothyroidism. If the patient has symptoms and signs characteristic of hypothy-roidism, he feels that a trial of thyroid hormone therapy is proper. According to Dr. Lowe, many patients, after beginning thyroid hormone therapy, recover from their symptoms and have a higher level of well-being. They improve despite never having had any lab test results that were consistent with hypothyroidism. For many patients, that is enough for them; they are satisfied with their treatment results.

jimh111 in reply to shaws

Dr Lowe worked with a subset of patients who mostly had fibromyalgia and found they were clinically resistant to thyroid hormone and responded to supra-physiological doses of T3. I suspect they suffered from peripheral resistance to thyroid hormone caused by endocrine disrupting chemicals but sadly he suffered a serious accident before I was able to discuss it with him. In these cases you can only go by clinical response and perhaps some crude markers such as cholesterol or SHBG levels.

His approach is correct for patients who fall into this subgroup. I'm not sure about the need for once daily dosing of T3 but it may have been a way of triggering T3 receptor binding with a lower dose than required by twice or thrice daily dosing, we would need a clinical trial to find out.

What I'm trying to say is we should try to make sense of the thyroid blood tests and get well on relatively normal doses first. If that doesn't work then we need to try Dr Lowe's approach (the same as Dr Skinner's) that is to try various doses of T3 and T4 whilst carefully monitoring response.

DippyDame in reply to jimh111

I agree, we must first aim for "a normal dose" of T4/T3 before considering T3-only in any amount...that is the last resort.

I had been given diagnoses of FM, CFS, IBS, UTIs and more, over decades.

I had numerous treatments and medications both NHS and private but nothing worked and I was barely able to function.

The one endo I saw could make nothing of my thyroid blood tests!!

Nothing helped me until I eventually took a large single dose of T3 at bedtime, but first...

So determined was I that this must be the answer that, by way of elimination, I first spent a very long period titrating T4/T3 followed by lower doses of T3-only...no luck!

I have no idea why I have this problem but I now suspect it is congenital.

I tested positive for a rare genetic deletion a few years ago (long story, not for here) which we now know at least 3 generations share. I asked the geneticist if this may be why I have a low cellular T3 problem. His response, "we just don't know" he added " it may be the result of as an yet undiscovered genetic variant!

When this problem exists we really need to know how much T3 is actually crossing from the blood into the nuclei of the cells where it becomes active....but as we know, relevant tests don't exist. We must learn to recognise signs and symptoms!

Anyway, I then tried splitting the supraphysiolgical dose with little improvement.

The T3 just sloshed around in the blood, remaining inactive

I believe the large dose acted as a " battering ram" against the resistance allowing at least some of the T3 to reach the nuclei of the cells where it becomes active.

I then had to work out how much T3 I needed to achieve a therapeutic dose.

The lack of T3 in the cells has caused what I've seen referred to as Cellular ( as opposed to glandular) Hypothyroidism.

I have now been able to reduce my dose to 87.5mcg occasionally adding another 6.25mcg... but any less and symptoms return. Initially I reached 212.5mcg before I felt that I had "breached the barrier" and felt symptoms of overmedication.

From that point on I think T3 receptor activity improved allowing me to lower my dose.

I first introduced T3 in Feb 2018 and only confidently discovered my therapeutic dose mid 2021...and the answers that had escaped me for decades

In truth, without TUK, I may never have known why my health was in an appantly unstoppable decline.

This is based only on my own experience and on my reading and research.

It suits me and my unique set of circumstances but it's not a route that should be taken lightly T3-only, as we know, is not the panacea of all ills but for a cohort of patients who have exhausted other options it is essential...

So, yes, I understand Dr Lowe's once daily dosing protocol....had it not been for his work, along with that of others in the field, and in conjunction with amazing advice from here, then I may have struggled even longer than I did to uncover what had escaped medics for decades.

Everyone on this forum can have different reactions to thyroid hormone replacements but we cannot rely upon assumptions. As we know 'one size doesn't fit all.

I -and my husband - suffered as I had such severe palpitations - in the middle of the night - that I had to have at bedside ice-cold frozen towels that I could wrap around my neck whilst I sipped ice-cold water to try to relieve palpitations.

I had to go to the A&E many times and also had overnight recordings. Cardiologist was puzzled. He was contemplating putting an implant into my heart to try to resolve symptoms.

I only began to improve when I stopped taking T4 and took T3 alone. T3 alone resolved my palpitations and improved my health - I no longer had to go to the A&E in the middle of the night. I had also trialled NDT.

My dose of T3 is not high as I do not have 'thyroid hormone resistance'.

Dr Skinner saved this woman's life and he had to appear before the GMC several times due to doing as he was taught as a student doctor. I'm sure he saved many others:-

Dr Peatfield also saved lives but in order to continue to do so he had to relinquish his Licence and people consulted with him privately..

On another forum, a woman wrote her Last Testament giving the explanation before taking her own life! It's scandalous.

Lyn Mynott started Thyroiduk.org.uk due to her own experience.

The following woman - deceased recently - had a similar site due to her own experience.

It can be 'trial and error' until we're able to function normally and symptom-free if permitted.

DippyDame in reply to shaws

Sometimes I read nonsense on some people's assumptions.

It really is a roller coaster ride trying to sort ourselves out the DIY way... made horrendously difficult by medics who lack knowledge and the will to learn! Mine leave me to it now, but do an annual blood test which sometimes starts another "ticking off".

I was watching an Internet lecture by a world renowned Prof of Urology and he described the establishment's take on treatment as being like painting a fence with creosote ...it soaks into the wood and is very difficult to remove. He is pioneering new treatments.

It struck me that that is exactly how thyroid treatment has become ...altering/ removing some of the establishment's views -the wood - are soaked into thyroid treatment and it seems nothing is going to be removed or changed any time soon.

A GP phoned to inform me that:-

jimh111 in reply to DippyDame

What you've written makes sense. Genomic thyroid hormone action (the main way the hormone works) responds to the T3 saturation level at the receptors. In resistance to thyroid hormone there is normal T3 levels within the cells but due to mutated receptors or endocrine disruptors the binding of T3 to receptors is impaired. This can only be overcome by increasing the T3 saturation level, i.e. taking higher doses of T3.

There are ways to measure T3 action which is better than trying to find how much T3 is in cells (which wouldn't be much use even if we could). We know sleep patterns are influenced by thyroid hormone so they could monitor sleep in suspected patients. There are also studies looking of biochemical markers of of hypothyroidism. Ankle reflex times are an excellent marker for thyroid status. Alas, doctors fail to do these studies. I believe they fear the results will make their job more complex. Titrating according to TSH (in all cases) is money for old rope.

DippyDame in reply to jimh111

That's reassuring and uses the correct (rather than Dippy) terms!Thank you.

I believe they fear the results will make their job more complex.

See my remarks to shaws about creosote!!

shawsAdministrator in reply to jimh111

T3 on full or empty stomach?

Taking Synthroid in AM on Empty Stomach Causes Pain

this problem for nearly two years. Every time I take this medication—empty stomach/mornings—-I...

Upped my dose of NDT so hard to fit in on empty stomach !

finding it hard to take the doses on empty stomach - with family meals - I take 2 grains at 7.30 am

- as the title says - should it be WITH food or AWAY from food? I have postponed restarting it as I...

Is an early morning blood test on an empty stomach just for a higher TSH?

can I just ask is it just B vitamins you don't take a week before your blood test? I've stopped...