Symptoms and the trait: Hi everyone. We... - Sickle Cell Society

Hi everyone. We're seeing a lot of posts about symptoms and sickle cell trait at the moment, which is food for thought, and we might in future produce information resources about this, because there isn't a lot out there. A quick overview on what's known:

-If you have the trait, it means your body produces a very small amount of sickle haemoglobin, which means that under certain circumstances, your red blood cells can sickle.

-Because most of the haemoglobin in your body is normal, the majority of people with the trait don't have any symptoms at all, and might not even think to get themselves tested.

-Everyone SHOULD get tested because if you're a carrier (have the trait), your children could have sickle cell disease if the other parent is also a carrier.

-Being tested is also important if you're having surgery: there's a slightly higher rate of complications during surgery if you have the trait. However, if your anaesthetist knows, they can make sure you have extra oxygen, which reduces the changes of complications.

-Why oxygen? Lack of oxygen is one of the known causes of complications in people with sickle cell trait. So be careful if you're at a high altitude (e.g. at the top of a mountain, long-haul flights).

-Other known triggers are high atmospheric pressure environments (such as scuba diving) and dehydration... so make sure you drink lots of water if you have the trait!

-Exercise is also a trigger. If you exercise, let your coach know you have the trait, and STAY HYDRATED!

-There is a slight risk of a rare type of kidney cancer called renal medullary carcinoma which mostly affects people with trait, but it is VERY RARE.

-All that said, lots of people with trait can and do lead normal lives, and can even excel. For example, American footballer Tevin Coleman recently played a brilliant game up in Denver! People with trait are often told they can't do sport, and they can't be at altitude, but that's not true... you just need to take a little extra care. Tevin Coleman drank lots of water throughout the game, and there was oxygen available for him to breath.

We have a new poll, to see how many of you people with trait experience symptoms, please participate! 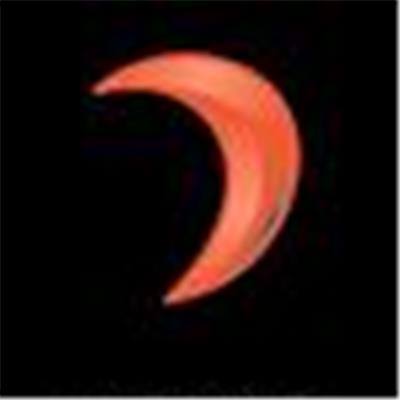 SCSZoe
Partner
To view profiles and participate in discussions please or .
Read more about...
6 Replies
•

It's also worth saying that because sickle cell trait complications are reasonably rare and often only happen due to particular triggers that if you have trait and experience health problems, these might not be caused by the trait! If you're experiencing, for example, daily pain, get checked for other conditions that cause pain, too.

Very true information, but it is not as rare as it is being presented here. More and more people with the trait are experiencing everyday pain in normal circumstances, providing evidence that some with the trait can and do have symptoms. I myself have trait and have a pain an oxygen problems. I do agree with you that more research should be done. I also have read stories of people with sickle trait having problems, such as joint pain or them having blood transfusions, other problems.

I am glad you are working towards separating fact from fiction on the topic of sickle cell trait. However, I must request your source for the statement that SCT patients have a "small percentage" of sickle cell hemoglobin. I also request specifics on how the percentage is calculated. I am more accustomed to hearing about test results state the percentage of each type of hemoglobin. I routinely test around 42% sickle cell hemoglobin. Any random blook smean shows sickled cells. I have been tested for all known hemoglobin variants as of six years ago and thalassemias. I am AS - strictly a sickle cell trait patient having had infrequent but beyond excruciating pain crisises every few years. Therefore, you may understand why I find it hard to believe that trait patients have only a small amount of sickle hemoglobin. Take care! I wish you well!

hi! Thank you for this post. We have been advocating for patients with trait. Most I have seen have some symptoms even if it's just fatigue easily under conditions that should not cause fatigue. This is a symptom that gets missed or classified as something else. Also none and joint pain that gets diagnosed by exclusion as arthritis but follows the same pattern as disease in its timing duration provoking symptoms etc. one patient was constantly suffering severe 'migraines' with black outs and penile pain,and severe 'arthritic pain' in the cold with his fingers aching and feeling like he had to rub them downward and apply gentle pressure to relieve the sensation of poor circulation. since age 6 he's had classic crisis type suymptoms but no one even told him to increase his water or get oxygen. So in the interest of avoiding discrimination we have allowed people to suffer and suffer damage. I'm so happy to see this being addressed here!

I'm an MD and often the first and only physician that has educated the patients and connected the dots.

One patient without warning or provoking symptoms suffered a 5 vessel heart attack. He had been taking Lipitor for years with no problem. After his CABG he continued Lipitor but alof a sudden developed night cramps. Another clinician was going to stop his Lipitor thinking that was the cause but this is a patient that should never be off Lipitor. It turned out he became health conscious after almost dying and started walking about 45 min in 80 degree weather. When I started giving him fluids and educating him on extreme hydration prior to exercise the cramps resolved and we could resume Lipitor. Which he then took without further issue

I appreciate you providing information on sickle cell trait. I believe it noteworthy that S antilles and S osman are only two examples. A research continues new hemoglobin variants are found. These variants as well as other health conditions in combination with around 40% sickle cell hemoglobin in trait patients causes sickle cell disease symptoms. The following is a quote from the National Institutes of Health (NIH) article: "Only in some exceptional cases in whom another mutation is associated in cis with that of Hb S the heterozygous carriers can also present a severe pathologic phenotype. Examples are provided by the heterozygous carriers of Hb S-Antilles [β6 Glu>Val and β23Val>Ile]35 or Hb S-Oman [β6Glu>Val and β121Glu>Lys]36 in whom the second mutation enhances sickling. Recently, an unstable β allele (βS-San Martin) associating in cis the βS allele to a mutation causing instability of the haemoglobin was described37."

Sickle Cell Trait is a disease.

about Sickle Cell Trait because it is wrong. If you have the Trait you will have pain in your body....

information on people with Sickle Cell Trait. So much info on the disease and they are still...

Hi I have sickle cell trait hb d heterozygote so my card says I inherited it from my dad who was...

Sickle cell trait but having complications?

I have sickle cell trait. My blood level is always dangerously low. Hb 6 g/dl. I have headaches...

My daughter ( she’s 8) has sickle cell trait, never really has any problems but recently she...

Can I take iron? Carry SCT