Has anyone else had liver mets go up on Ibrance? My original tumor and bone mets are stable but liver mets grew and increased a lot after 2 months on Ibrance, one month at 125mg, then 100mg. It seems like such a Catch-22...taking strong meds with toxins that have to be processed by the liver to try to heal liver cancer. I’m doing more green juices to help detox . What Rx or alternatives have worked for those of you with liver mets? Thank you and healing over us all! 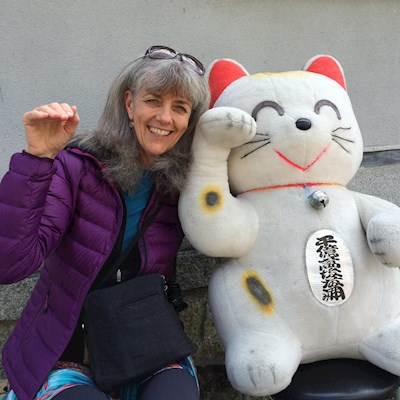 MacroMom
To view profiles and participate in discussions please or .
Read more about...
13 Replies
•

Ibrance is not a good drug according to me. It did more harm than good to me. I took it only for months. Too expensive to afford as well.

Thanks for the reply. May I ask if you are on a different drug now? I agree that it’s fiendishly expensive!

I had no liver mets when I first started then after three months on ibrance I have 2 lesions on my liver. I am now taking a parp inhibitor called lynparza. I have scans in June to see if its working. Sometimes things that work for some dont work for others. Just keep trying what you can.

That’s so true...what works for some doesn’t work for all. I’m going to Dana Farber in Boston on Tuesday for a second opinion, hopefully they’ll have a good alternative up their sleeve. I’m also increasing green juices, acupuncture for liver and anything else I can think of to support it!

What treatments are you taking for your liver mets?

Yes, I had breakthrough to liver while on Ibrance. My Onc. immediately took me off it. Now I've got increase bone activity. I'm pretty sure I have some ER/PR positive cells on spine and the TN ones are in liver (biopsy confirmed). Not sure which way to go now. Will find out soon, hopefully.

Thanks Lynn, this is very helpful. Did you have a liver biopsy done? And what are “TN ones”? They are going to re-biopsy my breast tumor to see if the cancer type has changed in the last 20 months, but seem hesitant to biopsy the liver. I have quite a bit of met activity in it now. I’ll let you know what I hear from the second opinion onc at Dana Farber in Boston.

Yes, Sorry, TN is triple negative. That was confirmed on liver by biopsy. I've been on IV Taxol and Keytruda and it looks like the liver mets are stable, but the spine mets have grown some.

Thanks! My onc suggested Xeloda as a possible next treatment, it’s an oral chemo. I hope the IV works well for you!

Makes me wonder if the cancer cells find the liver or are chased there by Ibrance. I know that's not scientific, but kind of the image I get. How did you do on IV TAxol as far as side effects go?

Just wondering what you are on now and if it is working. Ihad to stop Ibrance after four rounds as liver Mets got worse but spine and lung remained stable. Have had three weekly doses of Taxol but scared it will not work either.

Sending you positive vibes that this treatment is working well for you and that your scans show a positive change. Take care.

about is the liver mets progression. Have already tried Ibrance and some of the tiny liver dots got...

To all you MET ladies on Ibrance

such a reduction in my tumors. 56%. I recently had another scan and scan is stable. Can someone...

What treatments have worked to stop liver mets?

effects did you experience

Haven’t started new meds yet-wondering what other have used for liver...

here...48 years old with breast cancer METs to my lungs. Originally diagnosed with Stage 3b in...

Increase in bone met pain at toward end of Ibrance cycle?

cycle of Ibrance 75mg. Had 100mg last cycle. Had terrible pain over the last 2 days in areas of...

FYI about my booster vaccine