My recent blood tests put me at a slightly higher risk of heart disease at 15%. In the UK my doctor is advising prescribing me statins. I have heard that there are natural options which may have less side effects. Can I ask advice from any guys who have to take them? 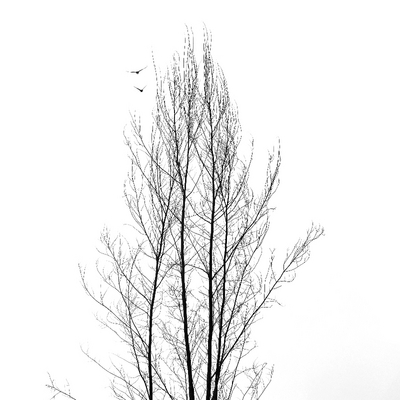 Runner1957
To view profiles and participate in discussions please or .
Read more about...
27 Replies
•

In general, "natural" options have more side effects, not less. Natural products have all kinds of impurities not found in prescription drugs. More importantly, you know exactly how much of the effective medicine you are getting when you take a pharmaceutical drug, while you have no idea how much of the active principle you will be getting when you take a natural product. Your heart is too important to guess. I take statins (pitavastatin 4 mg).

Interesting...... my son had to recently start statins.

Runner1957 in reply to Tall_Allen

I'm taking a statin. The only "natural product" I know, that might change blood lipid levels, is a rigorous low-fat diet. The evidence for that is mixed, I think..

Runner1957 in reply to cpcohen

I’ve changed mine with a low carb , high fat diet . Gary Taubes’ books GOOD CALORIES ,BAD CALORIES and WHY WE GET FAT are well researched debunkers of the low fat approach .

Runner1957 in reply to PBnative

Thanks. How long have you tried this, and how well does it work?

PBnative in reply to Runner1957

Ralph1966 in reply to PBnative

Was the increase risk shown in your blood tests cholesterol or something else? If it was only cholesterol based, then the harmfulness of cholesterol is not a consensus when it comes to heart disease. There was a study in Canada on a very large sample, 250000 individuals if I remember correctly, of people who had a heart disease. The outcome was that half of those had high cholesterol and not the other half. This makes cholesterol being a cause of heart disease quite unclear. Some think that it is not a cause but a reaction to having a heart disease. Not unlike firemen. Yes they can often be found near a fire but they are not necessarily the ones starting the fire but maybe they are just there to try to put it out?

You can switch to a whole foods plant based diet. Your BP will go down and your total cholesterol should drop to below 200 within about 6 weeks, if you are diligent. Visit PCM.org (Physician's Committee for Responsible Medicine), or Dr. Caldwell Esselstyn at the Cleveland Clinic for an explanation of how this works. youtube.com/watch?v=ZC3wRx4... It is a lifestyle change. I changed my diet and I take no meds for anything. I'm not on statins or any BP meds.

Runner1957 in reply to Vulcanologist

Thanks bobdc6, will look into that.

Runner1957 in reply to Vulcanologist

Thanks Vulcanologist. Interesting. I may look at this option

Vulcanologist in reply to Runner1957

I've looked at the published study. Ornish was careful to _not_ test the diet _in isolation -- it was only one of a number of interventions, and there was no attempt to tease-out how much of the effect was due to each one.

Ornish is not the only one who has demonstrated this. Ornish included moderate exercise and meditation. What part of moderate exercise and meditation do you think can lead to clearing up blocked arteries? Esselstyn (and others) has actually demonstrated with diet you can reverse atherosclerosis and lower chronic blood pressure, eliminating statins and BP meds. You need to look at what he has done. As I recall he demonstrated it solely through diet change. I've personally seen numerous angiograms with occluded arteries, and 6 - 18 months later follow ups with no evidence of atherosclerosis occlusions, normal cholesterol and BP levels, and no other clinical evidence of disease (some who before had debilitating angina). I've also personally seen angiograms of before and after from some of Ornish's work. The same can be said for Type 2 diabetes. Dr. Neal Barnard's work at PCRM has demonstrated this. And there are numerous others. I've personally seen many people eliminate the need for statins, BP meds, Metformin, and insulin injections by switching to a whole foods plant based diet. What you eat matters in terms of atherosclerosis, and type 2 diabetes, and some other chronic illnesses. Dr. Kim Williams, past president of the American College of Cardiology, advocates such a diet for heart disease, as does the College as I recall. There are numerous cardiologists and practitioners around the country who have successfully incorporated this recommendation into their practice with patients who were willing to try it. Dr. Joel Kahn is one, and Dr. Baxter Montgomery at UT in Houston is another.

Been taking them for 20 years, no side effects yet.

Read about Bergamont extract. But the red rice thing is a misnomer because it is essentially a statin. I use bergamot and an ultra microscopic low-dose of a statin call Crestor. I use the Crestor not to reduce lipid levels although it does, I use it to reduce inflammation which is the key. I take an ultra ultra ultra microscopic dose every other day. Absolutely no side effects and my numbers instantly fell into line. Make sure your doctor runs an inflammation panel in addition to your lipid panel. Also, always check for pre-diabetes. Also eat green leafy vegetables every day and exercise five days a week.Don’t eat carbs.

My Creator dose is 1 mg every other day... my ldl dropped, my Hdl rose And my information panel improved in all aspects. But I have also cut out carbs, increased green leafy vegetables, cut down red meat, and increased exercise.

Hi there,I’ve been on statins for almost 2 decades. I played fast and loose at first (not taking them daily). I had a heart attack in 2012, mild thankfully and have been on Atorvastatin 80mg daily since. I haven’t experienced any side effects.

I've heard people say that statins caused problems with their muscles. I take 20 mg atorvastatin. Started at 10 mg but asked it to be bumped to 20 mg believing that it has a beneficial effect in fighting prostate cancer. No side effects that I've seen.

Runner1957 in reply to WSOPeddie

I went on Lipitor in 1999 (20 mg) when I was 49 but already had 250 cholesterol. I worked out regularly, ate pretty well, still had high cholesterol. My doc put me on Lipitor at 20 mg. Increased to 40 several years later (my request), then to 60, now at 80—all at my request after reading the peer reviewed studies. My cholesterol now at age 71 is….89. No side effects (reading the studies there is possibly a large “psychosomatic” effect, regarding self reported muscle pain.). My original Internist said he was a “preventative doc” which was why he was suggesting a statin. So glad I started, coronary artery/carotoid really clear. I believe in some “natural” remedies, but I also strongly believe in Statins…..

Runner1957 in reply to Alexandr1

Alexandr1 many thanks for the reply, really appreciated and statins it is then. The replies have put my mind at rest.

I am 74, and my cholesterol levels have always been in the acceptable range, so I was surprised that three years ago my doctor recommended that I start taking Atorvastatin, 40mg daily. He said that the recommendations for cholesterol levels had changed and he wanted my levels to be even lower. I am 6' tall, 160 pounds and have a fairly active life style- never had any heart problems. My doctor then suggested that I have a calcium score test. The results showed that I have considerable plaque buildup in my aorta and am at a very high risk of heart attack or stroke. My doctor upped my Atorvastatin to the maximum dose; 80 mg daily. I've been taking it for 1.5 to 2 years now with no side effects, and my cholesterol levels are quite low.

I now wonder if my doctor recommended the calcium score test, not only because of my age, but also because I had been taking Viagra for a number of years for ED. As I now understand, ED is frequently a sign of atherosclerosis.

this terrible disease so I have tried to learn as much as possible about preventing PC. I have...

I've recently completed 44 radiation treatments for pc. They gave me 2 injections. Now my psa is...

Want to learn about lupron and casodex

I have read that any kind of T deprivation can cause weight gain, man boobs, lethargy and heart...

relieve my issue. I knew this would probably be a side effect, but was told by others who had...

Estimate when will PSA reach 8.

I have recurrent Prostate Cancer. Can some knowledgeable member tell me when my PSA is likely to...