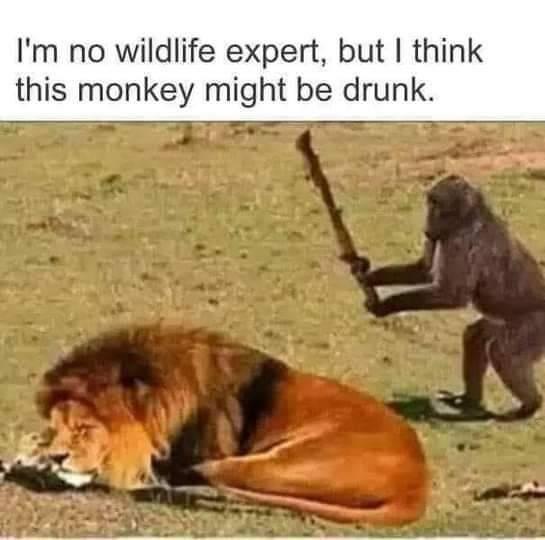 I went for a job at the fish counter in the local supermarket. The boss said I could have the job if I could name three fishes beginning with “K.” I said: “Killer Shark,” “King Haddock” and “Kilmarnock.” He said: “Kilmarnock?” “Yes, I said it’s a plaice, in Scotland.”

Patient: “Doctor, Doctor, I keep comparing things with other things for the purpose of clarification.” Doctor: “Ah, I think you may have analogy”.

I’ve brought a new boomerang. The only problem now, I don’t know how to throw the old one away.

My mate is in trouble. His local pub announced a £100 prize for the best Halloween outfit in an early October 31 party. His wife only went and won it. She wasn’t too happy though. She’d only gone to pick him up.

I’ve had it with Amazon - Every time I order some chicken pellets I get an email few days later asking for their feed back.

Just been offered eight legs of venison for £70. Is that two deer?

Where do you take someone who has been injured in a peek-a-boo accident? To the ICU.

I do regret rubbing baked beans in my eyes, but that’s Heinz sight.

I wanted to set up the hide and seek world championships, but good players are hard to find!

Now we are into October, I’ve put up a marquee in my garden with flashing lights and funky music. Is this the winter of my disco tent?

At this rate, on October 31 forget trick or treat - kids will be ringing the doorbell saying: “Track and Trace.”

I won 2nd prize in a competition, they gave me a map of the night sky.

It was a constellation prize

Never let anyone tell you what you can or cannot do.

Just look at Beethoven, everyone told him that he would never be a musician just because he was deaf.

But did he listen?

I finally did it!

Bought a new pair of shoes with memory

No more forgetting why I walked into the kitchen. !!

Bazzak
Reading Rabbits
To view profiles and participate in discussions please or .
23 Replies
•

Very funny and what an interesting thing for a monkey to do! Thanks for sharing it with us! Made me smile.

I love this photo. I wonder what happened next!

Did you know that a rabbit can jump higher than a two storey building?

Well a building can't jump can it?🙄

in reply to MadBunny2 years ago

chrisj in reply to MadBunny2 years ago

Well, wherever you get them you make us laugh 😂

Brilliant, you are so good.

Carry on making us all smile.👍😊

Groan they get worse 😁😁

Brilliant. Your jokes make me laugh out loud every time.

Love them, particularly the one about memory foam insole. My son used to have incredibly smelly feet, so I bought some Odour Eaters for his trainers. He killed them in less than a week! Never seen a kid get through deodorising insoles so fast!

What a great way to start the day ! 😂🤣 Thanks for the laugh Bazzak. 👍🏻

Hey if you had your had your "memory shoes" on you would"nt have forgotten why you went into your kitchen!😉LOL

We had a good chuckle this morning!

It is a lovely day here today, clear blue sky, no clouds at all.

Have a good day

Some good ones there bazaak.

Cheer up Sunday . Love it.

conjure with in its own right, and he won two Pulitzer prizes for Fiction in the company of only two
•3 years ago
10 Replies

looking as though she’s headed for hypothyroidism I’ve been taking my son’s temperature each...

Remember, there is always someone worse off than you

Ok, I might have my own line in socks, but Charlie has her own Winery !