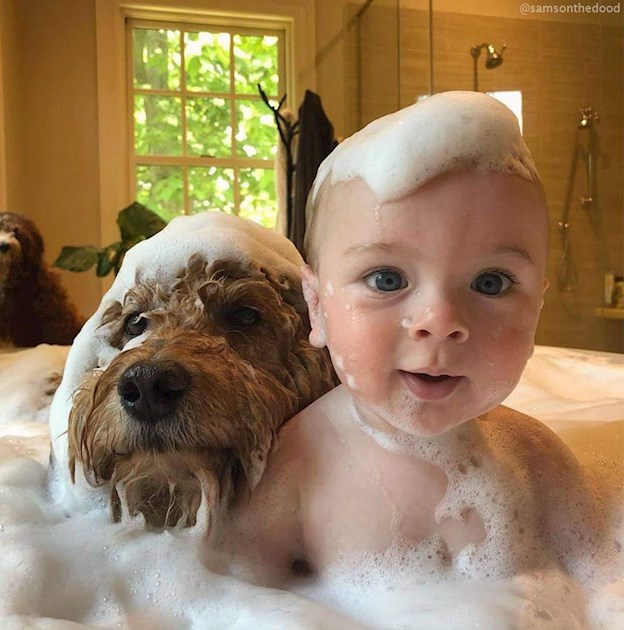 I dropped a tenner yesterday but the wind took it.

I chased it for miles.

I keep having this dream that I'm a horse, 3 nights on the trot.

Went in the bank earlier. The girl behind the counter suddenly burst into a rendition of 'Downtown'.

I thought What a Peculiar Clerk

I saw Elkie Brooks walking her dog yesterday. I asked if I could guess it's name.

She agreed, but she did say "You'd be a fool if you think it's Rover"

What's the difference between Covid 19 and Romeo and Juliet?

One's a Coronavirus and the other's a Verona crisis

I once made a ventriloquist dummy out of bits of old carpet.

Someone's just been arrested at our allotments for nicking all the beetroot.

Apparently he was caught red handed

I asked him "Did you redo it?"

I saw Bonnie Tyler the other day - She was looking for a coffee shop.

She found a few Costas and one or two independent ones, but she was holding out for a Nero.

Bazzak
Reading Rabbits
To view profiles and participate in discussions please or .
Read more about...
49 Replies
•
2 years ago

Your usual collection of funny groans Bazzak! And what a lovely, endearing picture!😃👍

A great set of jokes! I am impressed that we even had a Shakespearean one!

The picture is beyond cute! The baby is so sweet, but from what I can see through the bubbles, Bazzak, you definitely need a shave!

😄x I have 30 odd fridge magnets with different Shaketpears insults on them that I bought in Stratford, not the one upon the river Lea, the one upon Avon.

Here are a couple, not aimed at you I must say

"She is spherical, like a globe. I could find countries in her." ( The Comedy of Errors)

I bet you remember those insults back from when Shakespeare came up with them.....🤣🤣🤣🤣🤣🌸

I suggested them !😁x

I bet you helped ol' Will with some ideas for his plays too! 😄🌸

in reply to Marnie222 years ago

'Thou base football player' ( King Lear)

Leave Harry Kane out of this!, his mum thinks his beautiful!!🙂xx

Aldi have announced that those people with a "Mental Impairment Problem" will not need to wear a mask when shopping in their stores.

But they have asked for those with the condition to continue wearing their Spurs shirts so the staff can spot them and avoid any misunderstanding.

Hubby's shaking his head- not cos he's annoyed but cos he thinks the joke's pathetic.

Well it is a ' tale told by an idiot, full of sound and fury, signifying nothing'(Macbeth)😘x

Sorry I wasn't intending to offend you xx

You could never offend me my darling 💕.

But, wolves feed on the weak and incompetent. ( Much Ado About Nothing) unless your a Sheffield Unied supporter!! 🙂🙂😘xx

Nice one! Are you sure I couldn't offend you,you scurvy, lousy knave ( Henry V)

No, you Bolting hutch of beastliness.

I know a very good insult from 1 Henry IV but it's too rude to post on here.

Btw did I ever mention that I was a drama teacher?🎭

I dare you, no I didn't but a can fully believe that you were. 😘😘

No way would I post it😊 If I recall it's in the scene where Falstaff and Prince Hal are insulting each other.

Yes 30+mainly happy years of teaching drama. I loved the challenge of trying to teach Shakespeare to disinterested kids. Thank goodness he wrote some cracking insults.

I'm sure you were a fabulous teacher, the only time I appeared in a school play, was being the back end of the donkey that carried Mary. But we did get a mention from the Headmaster for our foot movements. 😁😁xx

Hubby smiled when I told him what you said😊

😁😁I didn't do much acting- I was more into the costume and make up. I did play Jesus in a play at junior school😇.Honest!

😊😊😊Can't remember- it was over 50 yrs ago!Probably. I had to take over the part at the last minute as the boy who was going to play him was ill.

I love this picture Bazzak, it's so lovely and sweet - the dog getting in on the photo - bless.

We had such a good hearty laugh at the jokes, thanks. xx

🤣🤣🤣 great jokes, I love that picture, is it your Grandson ?

No, my wife would go crazy if I put Gabby in with Frank😁😁

Save a lot of water though👍

So cute on so many levels.

I love the photo, so cute!

Thank you for the above, still chuckling quietly to myself. 😂

I just cannot imagine how l would feel, about the Welsh hooker! I thought that the guy handled both stories very well. Two scenarios to cope with within a few minutes. Very funny! Scary though.

Have a wonderful day tomorrow, very chilly now outside this evening. Tim

Yes Tim, it was a little wind up for our Welsh girl Glo, she hasn't come back at me yet!! 😁😁

Love to you Carmen and🐕 xx

I spoke to Glo earlier, she has so much (too much for her) on her plate. Evidently Karl her eldest son is not well either now. Really too much for one family!

It was posted on your post from yesterday Barry.

I must have missed it , sorry Tim

Glo's son had a covid-19 test yesterday morning, he has to wait a week for his results!! A week is such a long time when you are waiting for something like this.

Some good ones here Bazzak, I particularly laughed at the downtown one😂

Such a beautiful little Boy in the picture, .Love the Doggy as well. Both of them are really little cuties. Love it. GLOxx

Thank you, yes I was surprised we looked good. It's no disgrace to lose to Liverpool, hurts to say it but they are a good side. Xx

Always have been I guess and I know so many Londoners who support them what's that all about? 😂

Passed by that.. ite Hart Lane today, it still looks like a massive spaceship that landed on the High road(don't tell Mad bunny I said that) 🙈

Hi Bazzak. I'm trying to stay Positive.👍 I ran into Bonnie Tyler a few weeks ago. We were talking and she said she fancied a coffee. So we found this little Costa restaurant and ordered 2 Large Lattes. She was telling me about someone she was fond of, her Honeycomb. But she went away and, got Lost in France. And since then she's had nothing but Heartache. She said "Glo its nothing but a Heartache, simply, A Total Eclipse Of The Heart .Since then I've been, Holding Out For A HERO. After finishing our Latte's we decided to go Downtown and we met up with Petula Clark. We were walking as we were talking and we came upon a new place that had just opened up. It was called Coyote Ugly. Well have you ever had a one night stand. Then in the morning found an arm around you ,that belonged to someone you'd rather chew their arm off, rather than wake them up . That's why they call it Coyote Ugly. .

Howzatt Bazzak. I'm not talking from experience mind you. Hahaha. Have to put this piece at the end right. Just In case my Johnny Boy reads it. From the Welsh Gal Glo.💕💛💕❤😘xx

Thanks Bazzak, I was a bit worried that I had gone too far with the end part.Im not worried now though, because you would have told me..Lynne is going to put another little message up for me. Good News about our Karl, although he's not well. I've had an .Email from the Chronic Pain Management .The Consultant wants to see me on the 9th of October. Perhaps things are gonna turn around for us now. Yes, if we all believe, all will be fine. Like for our Little Ava🙋‍♀️xxxxx👍 I am struggling Barry. But I am trying to think Positive. I couldn't go on like this much longer. Thanks for your help and understanding and for all those brilliant funny jokes. 💕 ❤ Glo😘.xx

Ok some bad jokes, I apologise in advance 😁😊

Just a lovely photo, and some bad dog ! ( how many times have we said that) jokes.