I thought I had found peace from my Mother but her behaviour is getting worse.

Apparently the person who accompanied my Mother to the day care centre has been harassing the driver of the vehicle which mounted the pavement and knocked Mum over .

She clearly gets herself mixed up at time’s with the wrong people and as I am far away every day there is a drama with her .

She is behaving like my Father in his old age

They meet the wrong people 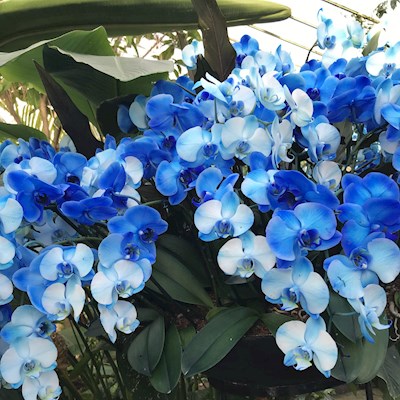 Roukaya
To view profiles and participate in discussions please or .
22 Replies
•

Focus on your own life and needs, make contact with agencies that can help you!!!!

I think this is what I should do

I agree with what you have said

Let me know if you actually do get help to deal with your problems and issues!!! Call for help Roukaya, right now!!💕

Please explain what you mean by call for help right now

Social services can help you to access correct support. Crisis, befriending services, talk to a nurse attached to your doc surgery!

I wasn’t suggesting that it’s urgent R! Just trying to give you impetus!! I hope that you can get yourself into a more positive frame of mind 😊💕🌈📿

I wonder if your mum is starting to get Alzheimers? It's possible at her age.

Roukaya in reply to Midori

She is fully aware and has cognitive ability

Even if I had stopped her she would have not listened

Ah, I see, Mother Knows best! Except when she doesn't.

Roukaya in reply to Midori

In the main my Mum was great; but she did have an unfortunate capacity to say the wrong thing and embarrass me in public. Usually of the 'Oh God, let this be a nightmare!' variety. She was another tiny person, only just 5feet tall, and at 5 ft 3, I was a fair bit taller.

She was a sweet person, would help anyone, but boy, could she be embarrassing. Everybody seemed to love her, however.

She wasn't like your mum though! I don't know what I would do if I had your Mum!

Hi Roukaya, stick to your guns and as you have said, your mum knows what she is doing and if this is so, she must learn to deal with the mess she lands herself in and be more careful of the friends she chooses and people she makes connections with. If she chooses to take no notice of the advice you give when you are trying to help, you cannot blame yourself in any way, so, try to remember that. Also, keep focused on the job in hand, which is your studies at the moment. 😊🌸🌼

I am studying as this is a fourth attempt

Dare I say it she makes me unhapppy

I know she makes me unhappy , always the child needing reassurance and demanding

But I realise only I can make the changes needed

I hope you are ok

Thank you for listening

Hi Roukaya, I can empathise as my husband went through something similar with some severe problems with his late mother who lived 5000 miles away and was constantly getting involved with the wrong people. There was no persuading her to stop and eventually I had to advise him to leave her to her own devices. Eventually she hastened her own death, but there's little anyone can do to influence someone who won't be influenced (even if you consider you really are right), and it's downright impossible to do from a long distance.

At the end of the day your mother is an adult and if she chooses to associate with the wrong people, there really isn't anything effective you can do to stop her or dissuade her.

Did I really see that right she was knocked over and she was on the pavement ? Whatever her problems are that should not have happened. Has she got over that episode? Has the driver been sued? When did that happen. Was it here in the UK..... That sort of dreadful driving happens a lot in Greece but they are the most abominable drivers on earth. They have never had a successful racing driver ever.

My Mother lives overseas and the refuses to pay her anything

He says he has no money

Also the police are taking the side of the driver

In Greece there are not many decent drivers at all. Any authority who condemns a pedestrian for being knocked down on a pavement must be nuts. The driver should be

made to pay for what he/she did. Without fail.

This is exactly why injustice is so prevalent in Mauritius

It is so unfair that my Mother was knocked over , her foot bandaged and given a tetanus injection .

It is very unfair the judicial and law enforcement situation in Mauritius.

A statement has been made but the police are taking the side of the driver .

This is exactly why I could not settle over there due to the unfairness.

They seem as bad as Greece!

Wow! that's terrible, Roukaya. Tell you a little secret. When I was a teen, I went out with a Mauritian lad for awhile, but he was Catholic, not Muslim. He was a really kind guy, though I lost contact with him when I moved into London to work at a College.

I didn't realise that the Police in Mauritius could be so blind to the law. I suppose it is a form of toxic masculinity, believe the man, never the woman. Not good at all.

Can't blame you for not wanting to go back.

Sympathy..my mum's bed dead for 29 years and I miss her every day

I realised you have suffered a great loss,I lost my Father two years ago and I was his carer .

I have always done my best for my Mother but she lives overseas and since my Father died I can say I have always supported her .

Just count your blessings you are so far away!

Wonderful Responses to my issue with LONELINESS

while living with and caring for my 96 year old Father. I wanted to thank everyone for all the...

Sadness at seeing the other woman in my Fathers life

other woman with her son carrying on with her life which makes me feels worse .

talk to my Mother I become worried about her foot injury as she is on her own with people she can...

brought her sketches that she had drawn quite a few years ago now and here they are. I think she...

My Mother puts all her worries on me

My Mother had a huge argument with the neighbour over a car park space and she has a...