I managed to pluck up the courage to ask anout some heavy bleeding the doctor asked me if i was sexually active, when I asked why, she asked if I had any bleeding post sex.

This is the second time I had telephone contact the first time was to have hormone tests to enquire about the menopause she asked me if I was planning a baby. 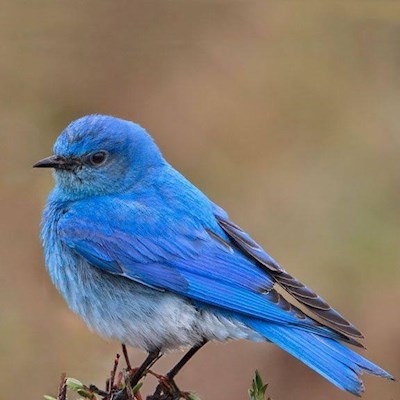 Bluelady-sing
To view profiles and participate in discussions please or .
14 Replies
•

Why do you think the questions were inappropriate ? all sounds like standard procedure so she can identify a possible cause.

Bluelady-sing in reply to bantam12

Postcoital bleeding question is relevant the former is not

Seems like a logical question if you initiated the menopause testing question. Perhaps she just needed to understand WHY you wanted the test and with so many women waiting until later in life to start a family, it is an important question to ask. Depending on your answer, if you were to found to be in peri-menopause or full menopause any treatment for symptoms could impact the potential of having a child. So unless, you stated that you have no intentions of having a child at this point in your life, it seems that the doctor was looking out for your best interest by asking that question.

The Doctors voice was strange

Standard questions. I was asked exactly the same re bleeding and when I had the hormone test last year (as my mother went through early menopause) they of course asked if I was planning on trying for a baby.

Maybe she asked this question because some people do have babies at menopause stage. You need to ask them why they are asking the questions and if any tests can be done for the bleeding problems. Sometimes they do ultra sound scans. Hope you get your problem sorted and answers.

They ask them as post meno bleeding is always a worry so I don't think they were being intrusive...if u have gone through menopause then they want to know why u have bleeding its only to rule out certain things

No I am not menopausal

I’ve had EXACTLY this issue, bleeding between periods or if periods are beginning to slow due to age bleeding or pain after sex can indicate cervical changes and can be an indicator to the doctor that you need to be referred to the gynaecology dept asap! Been referred three or four times myself and it is absolutely the standard two questions to ask f you have unusual bleeding. Also with the menopause if you DO want a baby they may choose a different treatment offer if your using the medication route AND people who have only just started the menopause often think they cannot get pregnant and don’t need to use birth control and that isn’t the case, the question is relevant and necessary on both counts!

In the past I have been treated badly by them

Yes I can believe that, so was I once. I complained and now never get any care I need, as a result of complaining.Suzie

Pap smears normal no history of problems, i have fibroid and pcos

I think they are appropriate. Everything to do with the reproductive organs is important. The doctor might have been sending off a weird vibe. But the questions seem normal.

all the posts are quite dated. How long out does he schedule? Has anyone gone and not had the...

behind my uterus. I had the ultrasound to investigate why my periods have stopped... I'm 25 (no...

am new here and suffer from pudendal neuralgia I had a pudendal nerve block three days ago. It was...

New to this group and have some questions!

pelvic floor issues from the anolrectal manometry test i had done to get diagnosed. Thanks. New...

Im so exhausted with this CPPS..I have questions?

said i have prostatitis. Took Cipro for 3 weeks but had minor side effect(flare up acid...
•
12 Replies