I was diagnosed with ovarian cancer 1c clear cell type back to July 2018. And it recurred recently. CT scan shows 2 spots on liver, and PET scan shows multiple spots on lymph nodes. The spots are not locating at the place that can be biopsy-ed. The Dr. thinks that I should start the chemo immediately. The surgery is not an option as they can not remove all the spots. Anyone else here has similar diagnosis? Would you mind share your treatment plan? Thanks for your help so much. 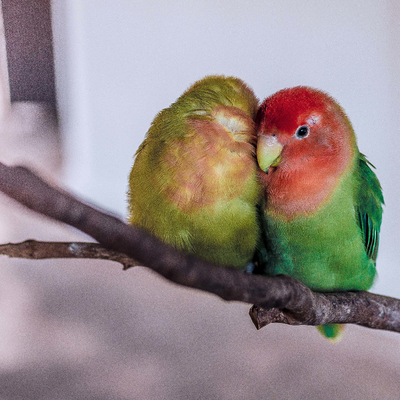 healthy369
To view profiles and participate in discussions please or .
Read more about...
20 Replies
•

Hi. I have clear cell too - 3b at diagnosis. I can’t advise re reoccurrence but was worried you hadn’t had a reply at what must be a stressful time. I think the trouble is that clear cell is pretty rare among ovarian cancers and so there may not be many people on this group who have the same issues to deal with. Although I slightly hesitate to recommend Facebook groups after what has gone on recently, there is a good supportive group called ovarian clear cell women that draws on worldwide experience. I would recommend asking your question on that group too. Best wishes Fiona

Thanks so much!! Your word makes me feel so warm. Will check ‘ovarian cancer clear cell women’.

Hi - so sorry to hear about the recurrence. Such a nasty beast this disease. I was also diagnosed with ovarian cancer clear cell 1c or 2c. Differing opinions as to stage but it was a large rumor, ruptured in surgery and was densely adhered to pelvic wall. They did the typical debulking surgery with 35 lymph nodes out and 6 cycles of carbo/platinum. Tough tough recovery. I was told that if it didn’t recur within 1 year (which it thankfully hasn’t) I would be considered platinum sensitive and upon recurrence I would have the same chemo again. If it recurred again they also would consider other agents as well as PARP inhibitors on top of the chemo. Actually the PARP inhibitors would probably be added to the first recurrence regimen. I went to a conference on these and they seemed promising. Seek multiple opinions to get the best choices. Hang in there!!

Thanks so much. I went through the same debulking surgery and 6 cycles of carbo/taxol. My Dr. was so unconfident about the agents to use. For almost all of the questions I asked the effective of this chemo, it is something like unsure, do not know and etc. So I really want to know the agents that are being used by other ladies with similar diagnosis. I am definitely looking for 2nd opinion.

Martina18 in reply to healthy369

Yes I should have said taxol and carbo platinum - I think I responded before my coffee!! That’s what I had as well. The problem with clear cell as you know is that it is a rarer type of ovarian cancer (I think about 5% of cases) and often more resistant to the chemo agents. However, I was told that if you went a year without a recurrence since ending chemo, you were considered to be platinum sensitive (which some clear cell tumors are unfortunately not) and would be a good candidate for another set of cycles with the carbo and taxol. Have you passed that timeframe? In addition to the other meds I mentioned, an oncologist I consulted at Mass General (I live in New England) wanted me to have about 30 radiation treatments. It was called WAR - whole abdominal radiation - I found that name interesting - because he said that radiation was particular effective in clear cell. I’m pretty sure there are ladies on this site that have done the radiation for clear cell. You may try searching. At the time I was totally overwhelmed with everything and decided not to initially do the radiation. However, I’m thinking that with a recurrence you may want to explore that as well. I would think it would be more targeted radiation for the particular sites of recurrence. You may want to also join the ovarian cancer group on Cancer Compass. There should be additional posts on clear cell. Try using the search functions with clear cell written in key words. Us clear teal sisters are out there!! Wishing you all the best!! For some inspiration, I have been out of treatment for 5 years!! Doctors were not thinking I would get this far. Let us know how you are doing.

Martina18 in reply to Martina18

Ps - yes I just typed in ovarian cancer clear cell in the search function (the little magnifying glass) and A LOT of posts come up. I’ve done this in the past and don’t remember too much but looks like a lot more now so definitely have a look!!

Yes, I went 18 month without a recurrence since ending chemo. So I guess I am not platinum sensitive. I also queried doctor about radiation after chemo, the doctor did not recommend it. Thanks for recommending ovarian cancer group on Cancer Compass, I will join.

Martina18 in reply to healthy369

No actually you ARE platinum sensitive (meaning that your cancer was responsive to platinum) if you went more than a year (and you went 18 months) before a recurrence. So I was told ( and one doctor said 6 months) and in that case you would be a candidate for 2nd line chemo that was the same as first line. With that being said, there are many other agents that may be offered to you. Very confusing and overwhelming I know!!

Hi again. Re the radiation it’s definitely worth pursuing. They have recently started offering this at the Marsden to women with stage 1 or 2 clear cell. There’s a Canadian study showing effectiveness. Unfortunately not offered for stage 3 - I asked for it and they said no. I was very disappointed. However please do ask for this as it could be effective for your stage. I know it’s quite new in the UK so maybe explore options about where you go for your second opinion. Really hoping you get some pros give treatment. Best wishes. Fiona

Thanks, Fiona! I will ask my Dr. about it again.

stparker54 in reply to healthy369

My name is stparker54. If your doctor again says "no" to radiation treatment for you for your clear cell cancer, I would get a new doctor.

I was diagnosed with stage 2 ovarian cancer February 2018. I went through the first-line chemotherapy process with carboplatin etc. My cancer turned out to be clear cell and it did not respond at all. Since May of 2018 I have been looking at different treatments. I have taken opdivo and avastin. Avastin worked for a short while to maintain the numbers. I had a terrible set of side effects and I have taken myself off at this time. I have no other options available other than avastin and that's not what I'm going to take. Clear cell has been known to be difficult to treat although not impossible.

I suspect that and having metastasized, that that's considered stage for now? It may be worth it to go through the treatment to find out if you're going to be responsive. My particular diagnosis was ovarian clear cell epithelial carcinoma. Best wishes.

healthy369 in reply to Natsmb

Thanks for sharing your experience!

Just seen your post- please look into the Atari trial if you haven’t already.

I am on the ATR inhibitor AZD 6738 and have bern on the Patriot trial for nearly 3years. The trial to look into for this drug for clear cell is called Atari.

healthy369 in reply to Neona

Thank you. What side effects, if any, have you experienced on this drug?

I have found it much easier than chemo. To begin with it made me rather nauseated but that has improved over time. Also retching in the morning but that has also improved. I have kidney damage from chemo so it is difficult to know how much is caused by the drug but my creatinine is a bit high and haemoglobin a bit low. Also low magnesium. I am waiting for latest scan results but , up to now, total targeted tumours have reduced from 13.6 cm to 5.6 cm with the liver tumours now absent - slow and steady reduction- fingers crossed for it to continue.

OC Stage 1 Clear Cell. Can anyone please share any experiences of Clear Cell. Her first chemo...

have been diagnosed with clear cell ovarian stage 1c. I'm scheduled to begin chemo within a week....

Uterus, Appendix, Lymph Nodes and a layer of fat. I was diagnosed with Clear Cell Ovarian Cancer....

lots of chemo as a mop up. They were very up front that clear cell does not respond to chemo so...