Blood pressure : Has anyone else had BP issues... - My Ovacome

Has anyone else had BP issues? Mine went up with avastin, so I was put on amlopodine, which seemed to control it. When I finished avastin I noticed that my feet seemed to swell rather unattractively, and my doctor said to stop taking the amlopodine, so I did. My BP is now higher than it ever was, around 170/90, and I seem to have a constant headache. I have an appointment booked with my GP on Monday week. I spoke to the surgery and they were unimpressed, and didn't think I needed an earlier appointment. 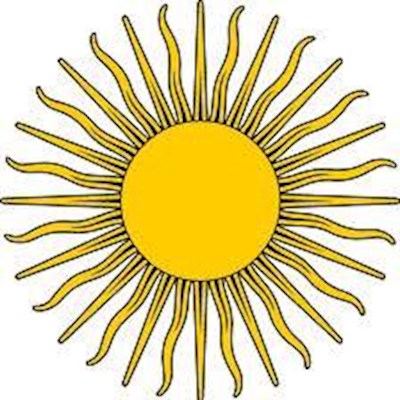 Rachael47
To view profiles and participate in discussions please or .
Read more about...
14 Replies
•

Hi Rachael, my ankles also swelled on Amlodopine. My GP changed the BP drug and they have been perfect since. I now take Valsartin. C

Hi Rachael I was on a trial for Avastin back in 2007/08. I was also prescribed amlodipine and am in fact still on it, with swollen feet which I was told was due to the removal of lymph nodes. Given you have a constant headache I'd defo ask for an earlier appointment. You have been through a lot and have enough to contend with. Hope you get this sorted. Kathy xxd

Yes I wasnt aware of this before, im going to speak with gp to see if I can come off or change esp as bp is low at mo due to Olaparib im on x

As the others have said, it would be worth contacting your GP again to see if the appointment can be brought forward. Also, you could talk to your pharmacist. Although they can't prescribe they will be able to advise on medication and may be able to suggest something over-the-counter to help with your headaches.

Petrolhead in reply to OvacomeSupport

Hi Anna-you are wrong about pharmacists not being able to prescribe. Many pharmacists attached to surgeries are able to do so. The doctor does the initial diagnosis and then the prescribing pharmAcist runs the treatment.

OvacomeSupportAdministrator in reply to Petrolhead

That's very interesting - thanks for letting me know.

Petrolhead in reply to OvacomeSupport

No problem. Pharmacists have been able to prescribe for over 10 years.

I also had BP problems on Avastin...my lot just kept loading more and more bp meds on to keep me stable and you are right they do have side effects but there are loads to choose from..it's a question of finding the right meds for you. Don't be fobbed off...if they aren't taking you seriously buy a home monitor and take readings twice a day for 3 days if they are all high they will do something.

Hope all goes well for you xx

Hi Rachael, I was the opposite, I have bp and on meds and Avastin had no effect on my bp. I would ring your gp asap and ask to be seen immediately,

Yes, I had high BP when on Avastin, and was prescribed Ramipril to control it. I have been off Avastin for two months now, but think I will always need BP meds in the future.

Hi Rachael, my BP went well up when I started Avastin. I was referred to a cardiologist who ran tests but all results were normal. He put me on 4mg Candasartan and BP has still been raised so he doubled the dose this week. Had my last Avastin last week for a while as I've opted for surgery and that's an even greater reason why the BP needs regulating due to risk factor and I don't want the op cancelled. Hope you can see your GP soonest, if not why not ask your oncologist to apply some pressure? Good luck!

I had bp issue as well. Off avastin. Cardiologist added clonidine to micardis and cardiem. Bp is under control. They make clonidine in patches if needed.

Thanks all for the advice. I have a monitor, and take BP first thing in the morning and later in the day. It fluctuates wildly. I think the effort involved in trying to change my appointment would cause it to go through the roof (very fierce receptionists guarding overworked doctors). The headache has subsided, so I'll wait until next Monday.

go to the GP on Monday if it stays high. What I would like to know is can I have Avastin while...

week break as I had radical surgery 5 weeks ago. The 3 cycles before didn't impact on me too much,...

Blood from nose in the morning with Avastin

my Oncologist or it's a common side effect of Avastin I am on it.

Anyone else on blood thinners?

carboplatin and avastin - I note that piclataxel might cause thrombosis, but avastin my cause...