Biologics and methotrexate: My rhumy doctor would like... - NRAS

My rhumy doctor would like to get approval for me to have rituximab after Humaira stopped working, but I have had bad side effects to Mxt tablets/injections, the injections made me so dizzy that I spent 3 days in bed afterwards, has anyone taken a biologic without Methotrexate. 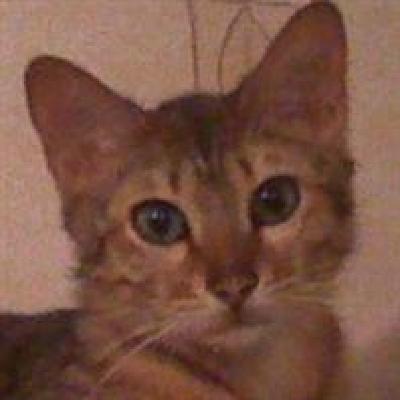 Ozzy
To view profiles and participate in discussions please or .
Read more about...
11 Replies
•

I take leflunomide with my biologic, I have Embrel, with no side effects like yours.

I take Humira without methotrexate. The research suggests it works a bit better with mtx, but it's still effective without it.

Thanks for the info, I had the doctor calling me from the hospital telling me that without mxt I may be reaching the end of the road. I have tried 5 drmads with no improvement then humira which was great for 18 months before I caught a bug then it did work as well, so the guidelines said that I could nolonger have it. It was still working but my joints had started swelling again.

I have had both enbrel and Humira without methotrexate ( due to having bad side effects with metho). Both worked well for about 18 months and then stopped. They have now added in metho again and it's not making any difference. Had to have a steroid injection last week. Back at hospital in two weeks for plan b what ever that is? You seem to be in a similar situation to me. would be good to hear what you get next as I fear I am fast approaching the end of the road too x

Ozzy in reply to k3let

They are looking at rituxmab which they guidelines say should be given with mxt. I have looked on the nras website at biologics and both abaya pet and tocilizumab don't so I will have to carry on waiting

Hope you get something that works soon, I am trying to stay positive too about what I will get next but it is a worry isn't it? x

You are right that there is evidence that MTX can be useful with rituximab, because it can help avoid an allergic reaction to it. If you have already failed other biologics, then I guess thats why they want you to take MTX with it. But if MTX really doesn't suit you, then definitely ask about taking one of the other biologics instead. The reason for MTX being recommended (but not essential) for rituximab is because that is a biologic that is based on mouse protein, so its more likely to provoke an allergic reaction than the biologics that aren't.

Ozzy, sorry to hear your struggling.

I have been on MTX sonce about 1998, starting at 10mg and for the last three years on 25mg. So sympathise about your side effects. When I changed to a new Rheumy Team three years ago they added Folic Acid to try and counter side effects which helped a little.

As to biologics, about two years ago I started Humira which cleared my whole body Psoriasis totally and for the first year my arthritis cleared and I was back to cycling. But l caught a very nasty bug (swine flu) and was ill for a month and very slowly recovered thereafter.

But from that point the Humira slowly stopped working until the hospital stopped it and switched to Simponi five months ago... Early days but still taking MTX which may change to injections.

Dont know if Simponi is mouse tissue based but it is another Biologic you could investigate.

What seems to be trending is that when on Biologics we need to take extra care to avoid infections (which is more difficult for us on MTX and other immuno suppressing drugs).

And always ask or question as sometimes the care professionals are not as clued up as we would like them to be.

Ozzy in reply to farjer121

It is interesting to hear that you also caught a bug that stopped humira working, I had 18 great months on it and it felt that I nolonger had ra, then I caught a very nastly bug and it stopped working so well. I do not think that you can avoid the bugs though maybe a long holiday in the sun would help..

Sorry things are so difficult for you at the moment. I too struggled hugely with methotrexate but I have been able to have three biologics so far (Infliximab - for 5 years, Humira - for 2 years - and, currently, Rituximab) without taking mtx alongside.

What the rheumatologists have told me is that the reason for taking mtx alongside the biologics is that it can potentially reduce the chance of us developing antibodies to the drugs. If that happens their effectiveness can be reduced and it may increase the likelyhood of becoming allergic to them. Over time I have become allergic to both Infliximab and Humira and had to stop them and I was told that this may not have happened if I had been able to take mtx alongside. Before I started the Rituximab the consultant said that, in his view, even a mtx dose as low as 5 or 7.5 mg each week might be helpful in this respect but, unfortunately I couldn't even tolerate those doses.

I have been on Rituximab for a year and a half now without taking mtx alongside and I take no other DMARDS or anti-inflammatories (but I do take a "maintenance" dose of prednisolone).

I think I am right in saying that, although the NICE guidelines say that many of the biologics should be given alongside mtx, they also say that they can be given without mtx if it can't be tolerated or is clinically inappropriate.

So it would definitely be worth talking to your consultant about taking a biologic without mtx - or at a much lower mtx dose if you can tolerate it. It would seem very unfair to me to be turned down for biologics because you couldn't take mtx.

If you do get Rituximab funding, I really hope you find it helps you.

It is good to hear that maybe Nice will let me have Rituximab without the mtx, I have tried 3 times to take it, the last time was by injection and I could not get out of bed for 3 days, as the room would not stop spinning.

seems to have lost its affect and doesn’t appear to be working. Have suggested going onto...

Biologics, methotrexate and frequency of infections.

this combo go down with infection? Over last year I have had about 6 lots of antibiotics for...

Did anyone go straight from mtx to biologics without first trying other DMARDs? I am very worried...

So I have been taken off...

To biological or not to biologic

with RA. I have been on max dose injectable MTX, doing quite well on it. Minimal side effects and...

I told you so…