I’ve always been a chocoholic, so in my 30’s (pre RA), I munched away merrily on chocolate, I suffered awful headaches really, really bad ones and they’d last for days, weeks even. I also had hay fever, so put these headaches down to allergic rhinitis. Took antihistamine and paracetamol.

For the past 8-10 years I’ve been trying to keep off sugar. The headaches continued, but I was taking hydroxychloroquine and then Mtx, both of these give me headaches and still I thought that hay fever was contributing.

In the past year I’ve been allowing myself occasional chocolate treats, only small ones and only on shopping days. A pattern emerged... the day after chocolate, I feel so ill, full on migraine hits and the day is wiped out.

It’s really dumb that at 63 - I’ve finally found the source of my migraines!

If I don’t eat chocolate, I rarely get a headache and never a migraine.

Go gently through what is a wonderful day, blue skies and birdsong (hope it’s as lovely where you are) 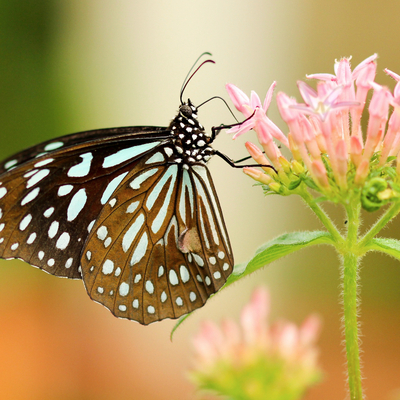 Brushwork
To view profiles and participate in discussions please or .
Read more about...
33 Replies
•

So glad you've found the cause of your migraines but oh, did it have to be chocolate!! As a fellow chocoholic I really sympathise 🤦‍♀️

Brushwork in reply to Dobcross1

stedhaM in reply to Dobcross1

Me too, I have always denied it could be chocolate that caused the headaches!There is no substitute! How can I go on! 😣Good luck with your recovery!

Aw that's a shame its chocolate . So at least you can plan your migraine days around eating it 😂😂

Brushwork in reply to allanah

Think I might avoid it. We suffer enough without migraine days!! 😂

allanah in reply to Brushwork

Brushwork in reply to allanah

allanah in reply to Brushwork

What a find but at last you now know what the culprit is. 👍

Brushwork in reply to Deeb1764

Yes, I make energy bites with raw cacao powder and they are fine, but they’re not chocolate 😞

You have my sympathy. Unfortunately, cheese, chocolate, oranges, red wine and oestrogen are very common triggers for migraine. Four of my favourites in one fell swoop and one I couldn't help. Luckily the menopause has stopped the migraines and I'm thoroughly enjoying previously forbidden fruits

That’s bad luck. I know it’s not the same but would cacao nibs from your local health food shop give you the “choc” fix you need? Worth a try. 🤞🏻

It’s a known fact Brushwork....it’s a wonder your rheumy didn’t mention it.I used to munch a Mars bar after night duty thinking the sugar hit would keep me awake....but as you have found...if you are susceptible ..it results in a migraine .

It was one of the first questions my Rheumatologist asked me when I was first diagnosed & I said I had Hayfever...he asked did chocolate give me a headache?

Luckily I much prefer crisps to chocolate...so I don’t feel too deprived!

Glad you finally found the cause of your migraines

My Rheumy never once asked me about headaches!All that misery for a chocolate fix.

I guess they have become more obviously migraine rather than headache lately. During my 30's I just didn't ever think I was getting migraines even though I felt quite rubbish and worn out by them. When you work and have children, you tend to ignore, or get on with a lot.

I really am feeling a bit dumb!

No don’t think that....in later years I have developed flashing lights across my eyes for no apparent reason....my rheumy sent me to a neurologist...& after a MRI....it turned out to be migraine with aura..but no headache! Go figure that one!An awful lot goes on in our heads with or without RA!

I just accept it & get on with my life...you can worry yourself silly...when altho what you develop is odd...it does no harm!

Pippy25 in reply to AgedCrone

I'm with you on preferring crisps and have to ration myself or I would eat the whole multi pack!

It’s the same for me and my sinuses re chocolate, so I keep it rationed more these days. Is it any chocolate .. Or more cocoa solid percentage? What about Caramac bars or white choc or carob coated things? I prefer dark so understand and if those another options don’t work for you. My SIL can’t have choc either for around 30 years now for the same reason as you. 😑

Brushwork in reply to Neonkittie17

It seems to be any chocolate, and I don’t like white. 🍫❌

It is kind of too sweet and sickly for me.

Ha ha that reminded me of a conversation I had with my niece who works in food development, about 'sick' cheeses.

Me too... I had just never thought of them as 'sick' until that conversation, now whenever I eat one....well you know 😂😱😂

Brushwork in reply to orange33

I had tested red wine before, some cause migraine for me, but not the lighter bodied ones. Good that I can drink it, but have to be picky.

Unfortunately it’s the cheap red plonk that we used to drink as youngsters that causes the headaches.I now tell myself buying good ... ie expensive ...red wine is what my doctor means when he advises a healthy diet!

Why is it always foods we like, never something we hate 🤷‍♀️

Brushwork in reply to Sarahg62

Guess that is because we don't tend to eat things we hate... 🤷‍♀️ 😀

My Dad had terrible migraines. He always swore the only thing to head them off was chocolate. Funny how much we are all different.

I have had a migraine every day this week and have been waking up with them. Today's is the worst one this week. I don't usually get them day after day like this. I have an ear infection and I wonder if, daft as it may sound, it could be also causing the migraines.

What I wanted to say was that about 25 years ago, I discovered that both chocolate and cream gave me migraines. I went through a long time of eating neither of them and as I am a chocoholic it was awful. I even had a Christmas with no chocolate. Then after about three years, I thought I would just have a square of chocolate and I was ok. Then I started to have more as time went on and I was fine with it. I am still not able to have cream but that is not so bad as doing without chocolate. So what I am saying is that you might not always be like this, you might just need some time without chocolate.

I was also interested in Angjoplin's remark about her dad eating chocolate to help with migraines because, I now find that it will help sometimes and I also had an aunt who said the same. I hope it's not a reaction to chocolate that has reared it's ugly head again and it is that causing the ones I am having now. xx

Interesting, I don’t do dairy with the exception of an very rare but occasional ice-cream treat. I’ll wait to see what happens with the next one!

Oh poor you Brushwork, I too am a chocoholic but luckily do not get migraines.

From November I’ve been on Sulfasalazine (along with the hydroxychloroquine), and it’s been such a...

Is it time to try a new med?

Hello everyone, I've only been here a few days but finding it really good to hear other people with...

Meds...Yes, or No? Any advise, pleeeease?

I have a little pain but it doesn’t really affect me day to day (VERY Thankful) but I feel aware...

15mg MTX, diagnosed in May this year. Yesterday, had what i can only assume was a migraine all day...