I have been having Benepali injections for the past year .. They don’t get any easier they sting like mad .. however the benefits are great it has helped me so much.. I wish it could be in tablet form ha as I have to syke myself up to use the pre filled pen.. Anyone else feel the same .. 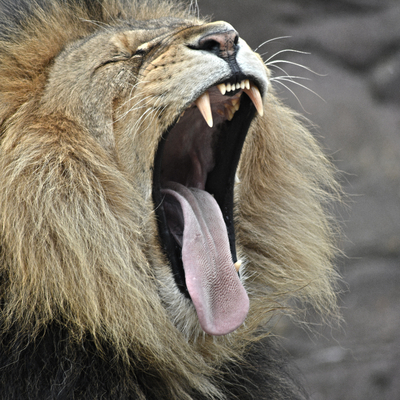 Suesam
To view profiles and participate in discussions please or .
Read more about...
36 Replies
•

Yes, that’s me too. The rheumy nurse thinks I was injecting into muscle when I did it on my leg and it was excruciating. It has been taking me half an hour to psych myself up to do it in my tummy now which only stings. I developed a mental block doing it. I find putting an ice pack on beforehand helps a lot with the sting. Hopefully we will get used to it with time 😊

Thanks for replying it helps to know it’s not just me being soft.. I have only injected into my legs but know I need to be brave and try my stomach ha. Must admit tho it has worked wonders for me but just wish it didn’t sting so much. Hope it is making you feel better too

No you’re not being soft at all, I think all us RA sufferers are pretty stoic people. Glad it has worked wonders for you. I was surprised how much of a difference it has made, nothing else has ever worked as well for me.

Hi there I’ve always had them in my tummy and if you have a bit of extra flesh like me that the best place it lasts seconds and it’s fine.dont be scared tummy is the best place you will hardly feel a thing

Oh me too It’s so grim. I am so reluctant I end up postponing a day or two sometimes and the weekly divide increases. I had a 4 week gap because of antibiotics and now all benefit have gone. It’s taking ages to kick in again. Despite the break from the sting I wish I hadn’t stopped

Do you use it at room temperature?

Suesam in reply to allanah

Yes I always leave it out an hour before use and even tried numbing my leg with Emla cream but this didn’t work as the sting is when it gets under your skin.. maybe an ice pack may help I will try that next time thankyou

Same here. I mentioned it to my rheumy nurse who made a note of it. She said nobody else had mentioned it before, but she was glad I told her so that the info could be passed on. I had been taking enbrel for a few years prior to the switch to Benepali and she said it might have something to do with the preservatives used in it. She said that people who had switched to the Humira biosimilar had reported the opposite.

I was exactly the same on Benepali. I used to stare at the thing for 5 minutes while I gave myself a talking to.

Yes. It stings like crazy initially no matter how long the pen has been out of the fridge. The benefits, however, are well worth it.

Unfortunately I scream when I inject my self . I've only done this twice as have just started them. The cat gets terribly frightened !

Haha I used to scream and swear but grin and bear it now but it’s not nice ... will keep at it tho as it does help me so much

I leave it out of the fridge for hours - actually I take it out when i have breakfast and out it on the bedside table then to take when I go to bed as otherwise I forget... and I use an ice pack. And it doesn't hurt or sting in either belly or thigh. I've just got lots of flab to inject i to so maybe that helps!

I leave it out a while and then start chanting, this is helping me, over and over. Sort of calms me down or distracts - either are good! It is a stingy little devil though.

It certainly is hope it helps you tho

Hey. I inject weekly too and it used to sting like crazy. The instructions say to keep the skin taut but I like to "pinch an inch" and inject into the pinched lump of flab, I also (like the ladies above) take it out of the fridge well before hand so it's as near to room temperature as possible. I hope you find a place which works for you.

I had terrible problems injecting into my thigh - stinging, big rashes etc. As soon as I switched to my flabby tum everything was fine and have had no problems since. This was originally with Enbrel and I had no problems switching to Benepali. I use the pre-filled syringes. Good luck!

Suesam in reply to Chann

Thankyou for the info

My other half does it for me .it,s so painful my reaction is to stop.tried everything .probably doesn,t help that I am very skinny.😬

Katheryn13 in reply to Ruby_sommer

I get my mum to inject me because my god it hurts so much. Aahhh

Besides leaving it out of fridge, make sure you’re using a fatty part of your leg or stomach. Once when I was on Enbrel I did it closer to the knee than usual and it hurt so bad! Now I inject higher up where the most fat is and rarely feel it.

Hi Suesam I have only had 1 injection so far. The nurse told me to inject the side of my leg as that has the most fat on it rather than do it on the top of your leg. I've got to be truthful it didn't hurt at all or sting. She also said dont use the wipes as they can make it sting more. As long as you've had a bath or shower you dont need to use the wipes. Hope this helps take care x

Hi I feel the.same when I have to take.the injection but it is worth the pain miracle drug so please.dont grumble

The pens never bothered me. But I have been doing my horses and other pets injections for years. Still does take a moment of reality; the worst was the cimzia. It was two and just in these ackward injections with HUGE prefilled syringes; the shots were the only one out of four now that actually hurt badly. So having to do the second was bad bad .

I find the stomach is the least painful site

I've not been on fo it was changed from Enbrel to Benapali Enbrel stings just the same but I don't feel its working as well as the Enbrel. I've got an appointment with to see doc next week. My hands and elbows are just so painful at the moment so will let you know what he say. It's the only time I swear when I inject it. Hope you are all pain free at the moment.

I was just the same on benapli, in fact it didn't do anything for me at all, told rheumy that I felt worse on it and was having episodes of low sugar about an hour after taking it. I was put back on Enbrel now all is good again

Stings like mad although I find if you try and relax it’s a bit better. Lasts seconds and it’s only once a week so I tell myself to just suck it up 😳

Oh yeh. I definitely know where you're coming from. It hurts so bad for me that I end up screaming. I know. I may be over dramatic but man my pain threshold is so non existent. Anyway, just know you're not alone. I preferred the original design before it changed to benpali. Ugh.

I preffer the emberol pen as it had a button to press rather than just stabbing it into your thigh.

The stabbing motion is not a natural thing to do hence the hesitation when trying to do it.

I have tried various angles injecting Benepali - it stings so much, I agree. Try standing up and pinching some flesh on your stomach and injecting downwards, if that makes sense? It seems to be less painful. The beauty of injections over tablets (I am told) is that they go straight into the bloodstream, bypass the gut and are therefore considered more effective. Tablets are cheaper and when they tried to change me back to those for Methotrexate I refused for the reason I mention above.

Totally empathise - I have been on Benepali just over a year now and have had a great response so do persevere. I too found the injections very painful particularly in the thigh. I’m also on Methotrexate injection weekly and haven’t found this in the least painful.

I was advised to take the Benepali out of the fridge 30mins prior to using. Followed this advice as you would as a new user and then found out quite by chance - basically had a powercut whilst away. Injections had been at room temperature too long to re-refrigerate. Panicked - I need a new supply by tomorrow... Anyway I was advised I could use next 4 but leave them out of fridge... safe for upto a month. Found the injections much less painful and now leave them out at least overnight. Also I just use them in the stomach and leave the thighs for my methotrexate.

Yes, they do sting a lot and when I did them in my thigh like the video they send you I sometimes hit a vein which bleeds and then I get a bruise that lasts 2 weeks. I have now switched to my 'love handles' where there is more fat and that's better. I also leave the pens out of the fridge for about an hour before injecting but don't know if that helps.

crossed it helps. Next month I am heading off for a two week trip to Europe. Does anyone have any...

my first injection today of benepali, although easy to do I found it very painful. At my pre...

today. Just a quick question had my first Benepali injection yesterday, woke up this morning...

others coping with this drug. I used to be on enbrel. Anyone else having problems with this new...

I have inflammatory arthritis and will start Benepali treatment soon. Has it been successful for...