Survived my first Rituximab infusion.: I was the only... - NRAS

I was the only person on hospital transport as it was rather an ungodly hour I needed to be picked up. It was nice to see the misty autumn fields in the morning sun on the way there. I got there early but after making sure they knew I needed 'the best canulator you have' because of my terrible veins and worse vein phobia I was set up. It does take a long time - saline flush- prednisolone drip - Rituximab for four hours - saline flush. I discovered the chair had electric controls so had a bit of a snooze. Also ended up getting totally stuffed with hospital food, the last hospital I was at gave us sandwiches and a yoghurt, this one gives you Cup-a-soup to start with. I thought huh stingy NHS only giving us Cup-a-soup for lunch, then they brought on the big plates of hot food then hot pudding and custard! I was pogged.

By the time the infusion was over I was feeling spaced out and a little shaky. The transport driver took me down to the bus in a wheelchair which I wasn't expecting! I got home, had a hot drink then had a sleep for a few hours. I felt a bit wrung out and was stuck between part of my brain telling me I wasn't hungry and the steroids saying 'eeattt fooood nooow...'. Then I got the steroid zoomies and ran round washing up and tidying. I couldn't get to sleep until 6.30 am! I also had a weird soapy taste in my mouth. Mentally I was a bit worn too, it is hard for someone with social anxiety to be stuck in a small room with lots of strangers for hours.

I'm enjoying my little steroid holiday window, I know it won't last long but it gives me some sort of idea how I would be if the treatment works, my knees aren't too bad, it seems to be more tendons and weak muscles than bone damage causing my current pain, all the inflammation pain has gone for now. It gives me hope for the future that I could get walking more normally again. I feel fine now, not at all washed out or tired. 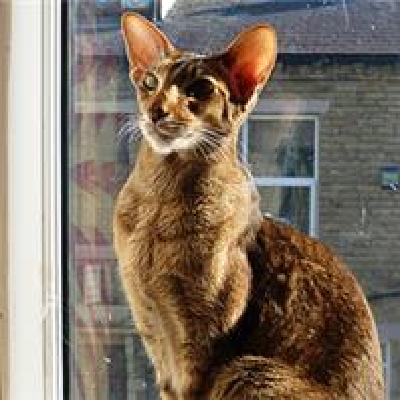 Dogrose
To view profiles and participate in discussions please or .
Read more about...
11 Replies
•

Hi and thanks for your post. I suffer from Rheumatoid Vasculitis and have been very poorly this past year. I am on a lot of medications, including methotrexate sub-cut, prednisolone, sulfasalazine, gabapentin (I could go on) but am due to have my first Rituximab dose shortly. You have really put my mind at rest as I was not sure whether to look forward to it or not. I just want it to work and, like you, be able to walk properly again.

Thanks again and I wish you well

Dogrose in reply to CHARLIE49

It wasn't as bad as I thought it would be, I still feel a bit off, you might need to rest up lots after the steroid zoomies have worn off (my joints are sore again, hopefully not for long). xx

So glad it all went well! Fingers crossed that it's the one for you! M x

Dogrose in reply to hatshepsut

Thank you, feeling a bit off today and steroids are wearing off. I'm hoping too, I've been through quite a list of treatments already! xx

Wow!! You got fed!! I was told to bring lunch with me. We got offered tea or coffee twice through the whole day!!! That was it. Infusions went ok. Felt ill afterwards though. Had to come home on bus (neither me or hubby drive). Was glad to get in and rest

Dogrose in reply to Georgia3

Have you tried to get hospital transport? It might be worth asking at least for when you have infusions if you have to get the bus feeling bad. XX

Hi. No I haven't thought about transport. I thought you had to be wheelchair users to qualify

Also I remember with my mother it was horrendous. Arriving at 7.30 am returning late. They pick up so many people ( I'm in London) it gets chaotic. I think I'll see how it goes. Thanks for replying

Dogrose in reply to Georgia3

I got it because I told my physiotherapist that it was difficult for me to walk to the nearest bus stop and that I couldn't afford taxis. Here they tend to pick you up at about an hour and a half before your appointment and you can wait anything from 5 minutes to two hours to go home though they came and got me straight away after my infusion and I was the only one in the bus. There are more people without wheelchairs than with in them though most people seem to be oldies. It sounds like the whole experience is a bit gentler here! xx

I hope that this works well for you.

I have been taken off Humira after a year and am going to start Rituximab infusion within the next few weeks. I will still be injecting Methotrexate each week. Needless to say I'm just a little apprehensive, but reading your post has helped me. Thankyou.

Good luck, I still feel a bit odd some days but I actually feel less sore already, not sure if it is the treatment as it is supposed to take week or months to work! xx

that's really helpful to me as I may be starting rituximab myself , nothing finalised yet. hope it works for you. x

steroid zoomies , love it , great description , going to steal that and use it ! x

4.00 as scheduled. Had an injection of piriton, then some steroid then some saline. Then they put...

about two and a half hours then I had to stay and be monitored for a couple of hours or so. My...

folks. As a few know I had my first Rituximab infusion.. it was due Tuesday but I got there and...

is a bit full up but I'll try for Monday appointment. Rheumy is also offering me another steroid...

In Scotland and getting my 3rd Covid Vaccine