HI not sure if im in the right section. Has anyone had the pfizer covid 19 vaccine. Wanting to know if there are any abnormal side continuing after? every source i look at says transplant/ kidney disease patients were low in number during the test so information is basically non existant 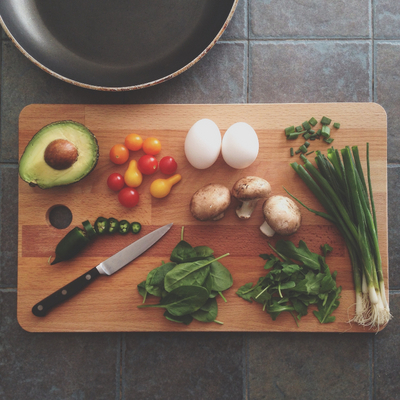 Johnathonc12
To view profiles and participate in discussions please or .
Read more about...
23 Replies
•

I have had both shots of the Pfizer vaccine and no side effects. Just a little sore arm for 24 hours.

in reply to hoodoo

I had both shots back in March with zero effects then or since.I checked with three of my doctors at the time, and in fact, one of them handled the arrangements for me to get the shots.

Don't wait any longer. Without it the consequences are grave.

I have CKD 3b and asked my Doctor before I got the Pfizer vaccine and was given the OK. I had no major side effects. Best to check with your Doctor before you get any vaccine.

Had my transplant almost 3 years ago (CKD due to PKD). Got Pfizer vaccine in March. Had the third dose earlier this week after it was approved for solid organ transplant patients. Only side effect (all three times) was a sore arm for one day. Good luck with your decision.

Before giving my contribution I want make clear Im NOT against vaccination. The opposite. After Pfizer second dose my wife which is stage 4 had significant drop in renal function. Fortunately she recovered in couple months. Nobody can state a correlation, nobody can exclude it. I know for sure there's EMA investigation because several case have been reported. Just reporting what happened as matter of fact.

Kidney function 24%, Both shots, no side affects

As I am stage 5 CKD with 1kidney I have only last week had my first jab they said it would have to be the pifzer one. My arm was sore about 8 hours after which last 2days I had a slight headache as well but was pleased I had it done

Any particular reason it had to be Pfizer over Moderna?

I've had three shots of the Pfizer. One in Jan, one in Feb, and a third this month. I started dialysis in May and had no ill effects at all, not even slight, from the third round (or the first two).

I have Membraneous Nephropathy and my brother is a severe Type 2 Diabetic who also has Polycythemia Vera. We both had Pfizer shots in March.

The only side effects were a bizarre nausea that a few sips of ginger ale took care of within minutes and a sore arm for 24 hours. Nothing since.

Neither of us have regret.

We both gave our respective specialists a call prior to vaccination and found that both were on board.

I would give your doctor a call and have him/ her answer your questions as well as which vaccine he/ she feels is best for you.

I checked with my transplant medical center, Nephrologist, Oncologist and PCP and was told to get the vaccine and booster ASAP. I have had all three Pfizer vaccines and, like most others, only a sore arm each time for about a day.

Stage 3. Refuse Covid shot. Look at both sides before making your decision.

Buspasswalker in reply to Green306

May I ask what indicators would make you refuse the vaccine if you have CKD?

Green306 in reply to Buspasswalker

Many. Read the research and not from mainstream media.

Buspasswalker in reply to Green306

Hmmm. I did the research, and I work with some excellent scientists and epidemiologists. The overwhelming advice was better to have the vaccine than not given chronic conditions.

I wonder on what that advice is based. Is it generic advice or something specific to CKD and the stage you're at?

I recall a head-screwed-on sort of poster here recently mentioning that they couldn't find anything in the literature to say that the immune system of CKD 3's was compromised. It could be that whilst chronic, early stage CKD has no serious effect such that catching Covid would be anymore deleterious than in the normal population.

(I've already had Covid so am shy about getting a vaccine which hasn't had any long term trials done on it. Especially in light of the apparent decline in performance of the vaccine over time. What is Pfizer down to at the moment? 42% or something?

I think it is difficult to judge and has to be done on an individual basis. The vaccines have been around for longer than people think - mRNA vaccines were trialled during the Ebola outbreak and have been used for Zika, Rabies, SARS over at least the last 10 - 20 years so I'm told. Our lead epidemiologist went out to Africa to help with the Ebola epidemic and they were being used then. The base vaccine is just tweaked for different viruses in the same way boosters will be and the flu jab is amended each year. Plus with the knowledge and labs these days these things can be prepped, produced, trialled and put out for general use so much more quickly than ever before. Look at the vaccines containing viruses that we had put into us as children - most of us lived to tell the tale, but might not have done had we contracted polio or similar. All medicines are a constant experiment - some people will even react to aspirin or similar. I have low immunity and just took the advice of experts I know after discussing my medical history, although having had multiple pulmonary embolisms a couple of years ago I was somewhat twitchy about side effects! So far so good though, but as you say, the effect is waning, so this will probably go the way of flu jabs with at least annual "top ups".

I wonder was the tech-base on which GlaxoSmithKlines narcolepsy-inducing Pandemrix around before they modded it to the swine flu vaccine.

I don't want to colour myself as anti vaccine. I've just been around the block to know that things aren't always quite what we are told they are. Indeed, in 25 odd years as a (senior) manager in the food industry, having attended thousands of meetings about yield, quality control, downtime, process improvement, new product introduction and all the other things which concern that industry .. I've never once heard the word "nutrition" mentioned.

I think it's a case of balancing risk, which means considering potential risk in something somewhat .. er.. rushed to market.

Would you step onto an aircraft with emergency issued licence, even though the basic tech had been around a while?

I can see what you are saying, and it is a difficult scenario. I feel now that if they are to roll out boosters, or carry on chasing up unvaccinated people then perhaps people should be able to get antibody tests beforehand. It appears there is a massive difference in the way vaccinated people and those who have had Covid retain antibodies, and as with the vaccines, it is a case of how long they last before they decline. Sounds like a future of constant testing to me, and yet it appears that isn't on the agenda. Lots to consider!

My hubby was given the Moderna vaccine (both shots) by DaVita while on PD in early spring. He then received a kidney transplant a few months go. As for side effects, he only experienced a sore arm for a short time. When he questioned his transplant team about the third dose, a doctor tapped on a lab report and said his antibodies were high! And stated the team would immediately step in and give it to him when they saw decline. So his antibodies are being monitored, likely weekly, behind the scenes. Who knew. This also makes me wonder if the antibody levels are different for those who are on PD (no blood involved) or HD (which does). Anyway, we're beyond grateful for my hubby's status. Seriously, wouldn't it be great if we all knew our antibody levels? I do know if one is immunocompromised or have conditions that weaken you, Covid can quickly put you in the emergency room, sometimes without hours, and snuff out your life. I see this happening on transplant forums. So I personally wouldn't recommend anyone going face-to-face with Darwin without weaponry.

I had the Pfizer vaccine 6 months ago. I haven't had any adverse reactions. Just a sore arm from the 2nd shot.

I have had both jabs, all I had was a sore arm. My renal unit arranged both my jabs for me.

Fatigue from PKD has finally hit

just had my blood drawn again but don't have the numbers yet. Exhaustion has set in. All I want...

Experiences with Covid and antivirals.

you had.? Also what treatment that you were provided? Were you given any antivirals like Paxlovid in

Protein in urine and covid positive

Hello, I tested positive for covid. I did not get sick. It is more like a cold (stuffy/runny) nose

uk to test our antibodies after our 3rd covid vaccine for people who have had Kidney Transplants...

Drop in GFR after Covid Vaccine?

chronic kidney disease, developed severe psoriatic arthritis out of the blue (and since the kidney...

Numbers aren't everything in the land of CKD

kidney Disease please could someone advise

Question for diabetics or anyone who knows the answer

Has anyone waited for dialysis with a gfr if 6