Stage 3 chronic kidney : I have no kidney... - Kidney Disease

I have no kidney pain my ultrasound was good, I did have protein in my urine but I also had a bad unitary tract infection that lasted a month!! I do feel tired alot I"ll turn 66 next month 3 years ago I had a complete knee replacement and all that pain medication didn't help my kidneys either.MY kidneys are working 45% the doctor said not to worry 10 -30% is bad 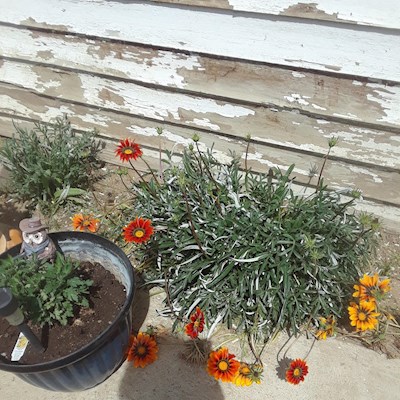 666sb
To view profiles and participate in discussions please or .
Read more about...
21 Replies
•

I am 76 and diagnosed (2+years ago) with Chronic Kidney Disease (CKD) at level 3 (50% function) and placed on a renal diet , which is slowing down the progression. You might want to check with your Doctor if you have CKD, or the GFR numbers were due to UTI. If not ask your Doctor about a renal diet suitable for you, as there are other blood work numbers entering into a prescribed diet. One has to be proactive.

I agree with this. We do not accept less than perfect operating for everything else, why DO we think it is ok to wait until failure for something to be done. I have been in a slow decline for years and no one told me about a renal diet. So I was eating things for weight maintenance that were high in protein and potassium. NOW that I am in stage four, they sent me to a renal dietician to change my diet. Too little too late. If anyone reads this, if your kidneys are not functioning properly, see a nephrologist and ask to see a renal dietician. There is a lot of misinformation out there that can cause more problems. Once you kidneys are not working, it is rare that they will improve.

Unfortunately, just seeing a nephrologist does not mean he/she will be anymore concerned. My husband's theory is that they have so many people who are in much worse shape that they do not think people in stage 3 are cause for concern. Of course, if more were done with people in stage 3 and before, many of them might never reach the critical stages. Same with seeing a renal dietitian. Good luck with that! I asked to see a renal dietitian and they sent me to a diabetic dietitian. I knew more about ckd than she did. My husband has diabetes and I have ckd and there are some major differences between what he can eat and what I can eat.

The only person you can really rely on is yourself. Do your due diligence, research all you can find, join forums such as this one, and then take all things with a grain of pepper (as opposed to salt) and put together the best diet you can. It is your kidney.

I do not necessarily agree that kidneys do not improve. There are too many voices who say they can, and I have seen the results for myself with the improvements I have made in my own diet.

Thank you so much for your kind response. It was very encouraging. I too have a diabetic husband as well as myself, so the challenges are many. I would love to hear more about your improvements on your diet. I am doing research and looking at menus and I think sometimes it is more confusing.

666sb in reply to Bassetmommer

My husband is also diabetic and I"m not what he should have I got bad kidneys ,high potassium, high cholesterol I was my doctor set me up with a diet

I find the menu tracker on Davita web site to be very helpful.

666sb in reply to lowraind

BassetmommerNKF Ambassador in reply to 666sb

Try not to stress but instead put your energy into becoming knowledgeable. What does really bad mean? There are stages and depending on other issues such as levels of certain things in your blood, you can be in any stage for a long long time.

But as a fellow "newbie" to all this, I totally get the fear. Its ok. Your human. But don't get consumed by it.You can gain control of things by learning about what your labs mean. Also, see a renal dietician who is up on the newest information. there is a lot of old outdated information out there about what you can and cannot eat. Good luck and keep in touch.

666sb in reply to Bassetmommer

I'm at stage 3 only seen the Nephrology twice, and probably won't see him again.

BassetmommerNKF Ambassador in reply to 666sb

NOw's the time to change your diet and save your kidneys. I was stage three and then, whammo.... stage four. I could have possibly slowed the decline if I changed my diet sooner. Just saying take care now/

Mandelin in reply to Bassetmommer

I have been in stage 3 and just dropped to stage 4 and still the nephrologist says I don’t need to see a nutritionist and so I asked his staff who they use and they said he has to refer you, you can’t see a nutritionist unless you are referred. I stay away from sodium and don’t eat a lot of protein and workout and still I’m dropping. I have signed up for a class and hopefully can learn more.

orangecity41NKF Ambassador in reply to 666sb

I think would tell the Doctor that age is only a number , as one cannot predict the future like that. Maybe get a second opinion.

I think that is a good point about Nephrologists maybe dealing with those with lower functioning levels of GFR and that level 3 might not get that much attention. Also diet is very important. It can be difficult at times but well worth the effort.

I used Mathea Ford's Create Your Own Kidney Diet Plan and for a couple of months religiously tracked my sodium, potassium, phosphorous, protein, carbs and calories. It allows me 65 grams of protein: 19 at breakfast, 22 at lunch, and 22 at dinner. If I overdo at one meal, I make it up at another. This does not often happen. I believe there is something similar on Davita.com.

I completely stopped eating chocolate, dairy, potatoes, tomatoes, bananas and lunch meat. I have several lists of low potassium and low phosphorous foods and stay clear of anything that might have a negative impact on my kidneys. I try to drink several glasses of water each day and I try to get at least some exercise each day, if only on my exercise bike.

You may be interested in a little food calculator booklet that AAKP sells for very little money. It has the phosporus, potassium, protein, sodium, etc., content in a lot of foods, including a list of name-brand fast food joints!

I stayed in CKD4 for 3 years before going on PD (at my Neohrologist's advice). I have to admit that I am not a good cook, in fact I hate cooking (which probably contributed to my kidney failure -- from eating frozen, prepackaged meals every day for many years -- before I knew I was destroying my kidneys)!

I had a few kidney infections when I was 10-12. But other than that, no family history of kidney problems! It just came out of the blue and I was in shock at first!!

I have a sister who used to say she would donate a kidney to me if I needed one, but now (when I do need a transplant), she has backed out and is scared. Very disappointing. Odd thing is, she worked in hospitals for many years trying to get family members to agree to donate live organs when a loved one dies (in a car crash, gun shot, etc.). Ironic, eh?

666sb in reply to lowraind

64 oz of water each day is recommended

My GFR is currently 49, at original diagnosis it was 46, 6 mths later was up to 53 , My Dr said it can go up and down, I have always been told (by 2 Dr’s) no changes necessary re eating etc, except no red meat or soda, my next appt is July!

like to send me for a kidney scan and urine sample to check my chronic kidney disease stage 3 which...

I don't feel like the doctors have given me enough information, and am worried I may end up on...

I\\\"m at stage 3 chronic kidney disease had it for a few years now also my palets are really low...

on my kidney. I saw him on Tuesday, and for the first time he said I had stage 1 Chronic Kidney...

side flank pain & lower back pain. The consultant said I had bilateral dilated pelvis (kidney...

Use of ACE for increased BP

Anyone take CellCept for CKD Stage 4 and autoimmune disease?

Veg diet-based improvements in eGFR may not mean much of sig...

SGLT2 new treatment for CDK; anyone on them?