I’m going to have a c-section, I’ve had 2 emergency ones previously. Could anyone tell me what happens at the hospital on the day? For example do you go in and get changed then straight to theatre or do you have time to unpack and get situated. How far in advance of surgery did you have to arrive etc. 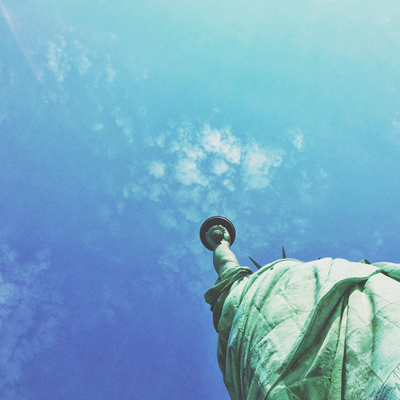 NAME14
To view profiles and participate in discussions please or .
Read more about...
15 Replies
•

Hi. I guess it depends on hospital, but in my case I had to stop eating and drinking the night before. On the morning I was given a bottle of lucozade and some medication to take before arriving at hospital. Everyone on the list had to arrive at the same time (4 of us plus partners had to be there at 7.30) and we sat in a lounge with a midwife who took all of our observations.

At 8.30 the anaesthetists came round to speak with us all individually and then the consultant. At 9am the first patient was called in. They gave each of us a gown to get changed when the person before us went in. You walked to theatre and took baby's hat with you, otherwise you left all your bags in the lounge. These were picked up by partners once mum and baby were being moved from recovery to the ward.

It was a really calm and controlled environment and I was really pleased with how organised the process was. I was discharged 24 hrs later.

My only gripe was that I was last on the list and didn't go to theatre until 2 pm, despite being nil by mouth from the night before and having to be at hospital from 7.30am, but that's not the end if the world.

Wishing you all the best with your section x

NAME14 in reply to Chiefy

Thank you so much for such a detailed reply! Sounds very organised.

Chiefy in reply to NAME14

NAME14 in reply to Chiefy

No it was perfect! You told me all the things I wondered about- I really appreciate it

This is exactly how mine went except I was booked for an afternoon slot. I was also last to be called in and by the time I was on the ward, response to my needs was extremely slow because there was a shift changeover from the day staff to the night staff. I almost lost it as I really needed anti-sickness medication 🤢

Just curious which hospital you were in. I was in Liverpool Women’s hospital.

NAME14 in reply to JoyfulStar

It hadn’t even occurred to me that there is an afternoon slot! Was that something requested or just assigned? How late was your surgery? Curious as visiting hours end at 6.30. I’ll be giving birth again at St. Mary’s Paddington, London

I drafted a reply but was late sending it. No they allocate the morning or afternoon slot to you. I did not have the choice otherwise would have opted for a morning one!

The pre operative appointment will help clarify what to expect at your hospital. All the best hun x

I was called in around 4pm but there were only two of us that day. We had to arrive at 1pm and the first patient was called for 2pm. I think there was a delay that day as the midwife kept leaving to check if the theatre was ready. As I was by out of the theatre late , hubby was allowed to stay till about about almost 10pm ( they were slightly lax with the visiting hours on that particular occasion but he was asked to leave)

By the way the fasting instructions for the afternoon slot are different as you are allowed a light breakfast.

I don’t know if this is the same at all hospitals.

First baby was emergency section and second was planned.

We got to the hospital at 7am. During covid Jan 2021 and had been pre warned that fathers could only stay till 6pm for the new covid visiting times so we were hoping I would be the first section so we could have maximum time together after baby arrived and luckily we were. There were only two mums booked in for planned sections anyways. Low lying placenta concerns is why we were told we were going to need the planned section and ultimately that got us first in the queue on the day too so that was a bonus! Especially as apparently there was no low lying placenta afterall so 🤷🏼‍♀️ Had to have two separate steroid injections the week before the section…very painful but over before you know it. If it’s not your first section then you’re used to injections anyway! Nil by mouth from 10pm night before and I’d been given some tablets to take first thing in the morning around 5:30am.

I was given gowns straight away on arrival, got changed and the medical team came around to discuss the surgery and to take my consent. I don’t know what the current status is in regards to dads being allowed in but when I was told I was first on the list I rang hubby and he made his way in. And our second girl was born at 9:45am.

After section we were wheeled back to my bay on recovery ward where we stayed till about 8pm then I was taken to a ward. Hubby had to leave at around 6/6:30 but they were not being too pushy as only two mums on the ward. That was all on a Thursday and I was discharged at 9pm on Friday. Probably could have stayed in an extra night especially as they had said from Thursday night I would be home Friday and then they started to back track as Friday went on and they were running out of time to do all the paperwork but got out luckily as didn’t have a great experience with baby number one there so preferred to be at home.

Then Saturday morning first thing two midwives came to check on us and my stitches (turns out the maternity ward staff had discharged me without removing the bandages etc so that wasn’t great but the midwives did it at home for me instead) then on the Sunday we had to go to hospital to baby ward for baby check ups and then it was back to our local baby unit where we had had all the midwife appointments when I was pregnant and they took over the baby weight monitoring etc health visitor came out twice then we were discharged totally.

Definitely felt the pain more with planned section after the surgery, I took all the medications offered and I was told planned sections often feel more painful after as you haven’t ‘laboured’ but that is specific to my first baby as we had laboured and been induced etc so I guess it depends on your other reasons for the emergency sections on how painful the planned one will feel after.

Different second time as everyone kept their bay curtains shut so it was a lot more isolated than baby number one and I guess that was due to covid so make sure you have lots of friends or family to chat to when you need to on video etc it will keep you going! That first night with baby in hospital is a tough one! Good luck sweetie x

Thank you so much for sharing! I went into labour for my first section and didn’t for the second. Thankfully my recovery for both went well. Seems everyone is being discharged the next day seems so quick to me, not that I mind as both times I discharged myself early so we could be looked after at home

Most of what has already been explained is similar to my experience. The only thing I would add is that you do meet with a nurse about a week before hand who tells you through what to expect and gives you the medication and liquids to take.

I was called the day before to tell me I was on an afternoon slot as you can have either a morning or afternoon slot. Once you speak to the anaesthetist and consultant, you are called in when it is your turn.

Once the procedure is over, I was sent to a recovery room and then the ward. Our stuff which was in the waiting area was picked up by DH.

I was also discharged the next day. All the best hun x

NAME14 in reply to JoyfulStar

Thanks a million for this! Looking forward to the experience now

Hi, my elective c-section was 13yrs ago this month! Memory a bit hazy but, arrived at hospital at around 7am & she was delivered around 9am & I was first of the 3 mums. A few things: it was funny because we could tell EXACTLY what the other mums were told behind their curtain, by their gasps!! We were presented with a Bic razor by a Portuguese guy with VERY strong accent & a lisp - to tell my husband that he needed to shave me!! No water, no bowl - luckily, I’d brought stuff with me!! The other thing I had no idea about was, when I was taken in for the lumber injection, there were about 11 members of the team - all rushing around, prepping. I found that quite intimidating & not as calming as I imagined!! When I was numbed, the anaesthetist stood next to me & placed something cold on my tummy & asked if I could feel it - on one side I could - half my brain was saying, “Be British, don’t make a fuss!” - The other half was screaming, “They’re about to cut you - SHOUT!! YES!! I CAN STILL FEEL!!” - Luckily, I DID tell her & they gave me more! Also, the screen was MUCH less tall than I’d imagined! Husband stood up at one point, sat down VERY quickly - transpired that he’d seen my insides!! The bit where they burst your waters was funny - I was ENORMOUS - & it was mostly fluid - she(anaesthetist) said, “You’ll hear a splash” - Then, “OH MY GOD! THAT’S A LOT!!!” Luckily, they wear wellies!! I was fine afterwards - take the tiny arnica tablets from H&B - no bruising & was allowed to go home after one night (opted to stay 2) - Born on Monday & stitch taken out at home on Sat by midwife. All beautifully healed! Amazing! I could drive again after 6 weeks. Hope your experience is as great as mine - absolutely the best decision of my life (I was 42 & our only child - after much ivf, eventually going to Athens for successful ivf, but born in UK)

not sure how C sections work etc if you have the baby at 38 weeks or if it’s on the due date or...

born? How soon after could you hold your baby? How soon did you leave hospital? How long before you...

Hi I have just been told I have to have a c-section and have been given the date for it today. They...

what would you guys go for? Having experienced a c section and how quick it was done I’m kind of...

women on here who have had a c section so am hoping to pick your brains. I’m having an elective...