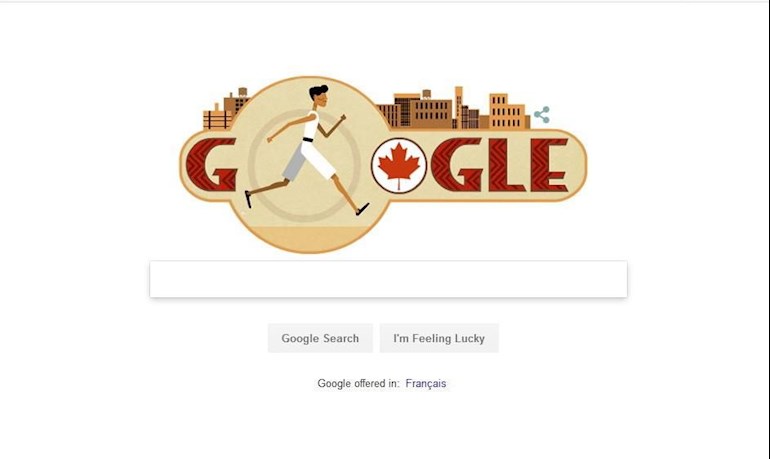 Tom Longboat, a world champion runner from the Six Nations Grand River Reserve is the star of today’s Google Doodle here in Canada. Longboat won the Boston Marathon in record time in 1907, smashing the record by more than five minutes. Here is an article if anyone is interested:

Things you notice, once you start running...

Fascinating, and rather sad

Good on Google, what an amazing man!

One of the top running clubs in Toronto is called the Longboat Roadrunners, and I always wondered where they got the name from.

It is a somewhat sad story too. This related article is an eye opener on how he and other Aboriginal runners were treated: thestar.com/opinion/comment...

That he did not assimilate, would not let greedy managers take over his career and continued to practice his own religion in that era shows the strength of his character.

roseabiAdministrator in reply to Decker

wow I wonder what on earth a dispatch runner in the war actually did... fascinating, thanks for sharing...

DeckerModerator in reply to ju-ju-

I found a bit on that part of his life here:

As a dispatch carrier with the 107th Pioneer Battalion in France, Longboat ran messages and orders between units. He also kept in competitive form by racing in inter-battalion sporting contests, many of which he won. At the 1918 Canadian Corps Dominion Day competitions, Longboat won the eight-mile [13-kilometre] race.

The famous runner was wounded twice during his time of service. Once he was declared dead, but he survived the war and returned to Canada in 1919.

My grandad was a rider in the First World War, carrying orders, messages, etc and he bugled and drummed. We don’t know the half of it do we. He came back with trench foot too and it bothered him for years. Came back to life down the pit 😬

Oh! Just got some more about him in Mario's Morning Shakeout:

Scroll down to the bit headed "What I've been thinking about:". Interesting about him getting lambasted for taking recovery days during training.

So we can thank him for our rest days too! Fascinating. He was ahead if his time.

roseabiAdministrator in reply to Decker

Imagine being told off for having rest days nowadays!

Going the distance on the long ones- help!!

trail with loads of hills to prepare for my hilly marathon.

Great run today- but is 8K too long for an interval run?

with the aim of getting my time under 30 mins. Today’s run was speed intervals. In total I covered...

Ran my 1st HM distance today...feeling miserable about it!

in the morning, 400ml during the run and a 500ml sports drink after and still didn't need the loo....

This is not the post you've been looking for...

Nothing ventured nothing Gained.