Barefoot With Lupus: Hi everyone! I went to my... - LUPUS UK 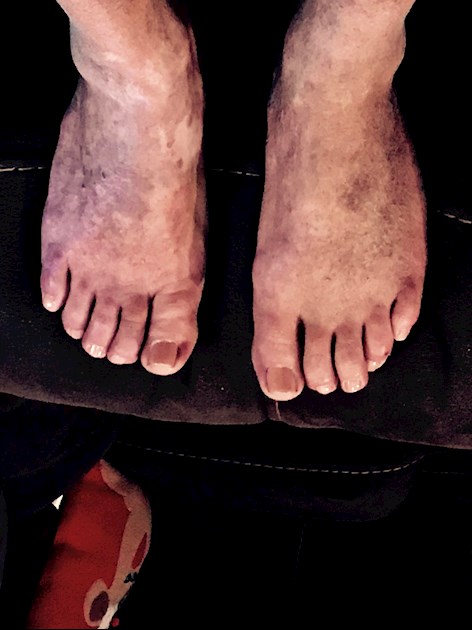 Anyway, I had just done my nail treatment (fingers and toes) and you can tell it it fresh treatment/polish on my nails. I was some what shocked and or surprised at the number of compliments I got on my nails and how neat my feet looked! Doctors, nurses, and even other patients. With the treatment and the top coat to protect it my nails are extremely shiny. I had several ladies tell me they wished their nails looked as good as mine. I'm not real sure on how to take that as a guy, I know they meant it as a compliment. The staff there know that I can't wear shoes, so it was not a surprise to them that I was barefoot, I have been going to that doctor for over 5 years and have had to go see her every 2 months barefoot for the last 3 years.

I wish all of you a GOOD DAY AND OR EVENING! 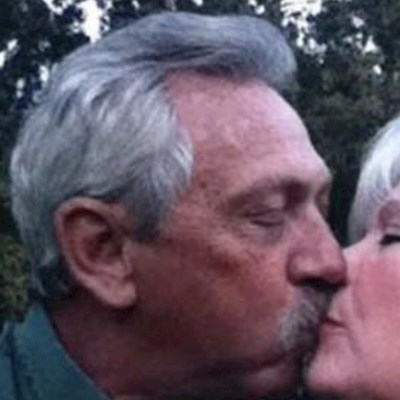 Tiras
To view profiles and participate in discussions please or .
15 Replies
•

Saw Rheumatologist each month for several years. Now 4 monthly. Hematologist every 3 months, then every 6 months now every 12 months. G.P. as required. Best of luck with your health. x

Every 3 months..with shoes on...but I am new to Lupus

For me, and not saying you will have the same results as I have had. My skin issues especially on my feet got worse over time? The lupus as for now appear to have leveled off? I get an occasional blisters/rash on my feet, as long as I don't wear shoes. Shoes will rub the tender, thin skin and I will have blisters in less than 5 minutes with shoes.

Lupus is different for everyone, but is the same for everyone. That doesn't make sense but, neither does Lupus!

Wishing you the best!

Every four months with boots and two pairs of socks on! X

Tiras in reply to

I have not worn boots in years, and honestly the thought of wearing boots make me shiver. My feet would be one huge blister!

Wishing you A MERRY CHRISTMAS!

Well, my skin is already a mess...for some reason my face & head have been spared from rashes blotchesetc ...so far. I feel I have to explain my skin whenever someone sees it....Last summer my chest back arms and hands looked like I had psoriasis ....I felt sick and fatigued painful wrists elbows.....oh well...I'm doing better now that I had a couple of months of Prednisone and am on Hydrox???malaria drug....Still REALLY fatigued though..I am glad that I can still wear shoes...I am a barefoot girl at heart, but not with snow on the ground..

Merry Christmas to ALL xoxo

Glad my kids are grown...if I had to wrap Santa presents, the night before Christmas......I have been wrapping one a day....and that is quite enough in one sitting..

I understand completely, from my neck up I have had very little issues, but from neck doe it is a different story. I have the same thing on my back. Splotches all over. From the neck down I have lost absolutely all body hair. I have rashes and blisters from the neck down.

Well, as far as going barefoot, I will have to admit you get use to it, it actually just seems natural now. Last weekend we had an oddity here in Alabama, we had 9 1/4 inches of snow! (We don't get that much snow here in 5 or 6 years total accumulation). I was and had to be barefoot in the snow! It was definitely a different experience, but I made it through it. On Saturday I was out most of the day getting generators going (we get any snow here we lose electricity trees and limbs on power lines) got ours going, my mother's and in laws. It is hard to explain but, my feet never really got cold? My hands were totally opposite! Even with gloves my hand got extremely cold, but, not my feet? That I can't explain?

Hope you have a good day!

Shorthouse in reply to leslieliesel

What is your DX? Mine is Subcutanus(sp?) Lupus....Skin Joints(off and on) and Fatigue....I actually feel very fortunate...So many people are suffering with AIs....Does your wife also go without boots in the snow??

I have SLE effect skin, joints, mussels, And organs. Feel tired, hurst to move a lot of the time. It has caused the bottom part of my heart to harden, which in turn has caused uncontrollable blood pressure. The skin issues with my lupus is mostly from the waist down. I get blisters/rashes on thighs around and on private parts, but for some reason, that even doctors can't explain, the skin issues on my feet, and especially my right foot?

Laura does go barefoot a lot (she doesn't have to), she does a lot so that I don't feel as uncomfortable. However she does not go barefoot in the snow and out in the cold. I would not expect her to do that. Summer and warm weather yep, she's barefoot also!

Have a good day!

Oh dear....Your plate is spilling over...That is a lot...I thought maybe since you are not a young female, Your Lupus wouldn't affect, all that is does....In my case, as my Rheumy told me "you are an Old white female", so it is unlikely that my organs will be involved....My husband has Sjogrens. Mostly it is his dry eyes and dry mouth that bothers him...although he "complains"(I am not saying Complains in a negative way) of being tired and body hurts and has Migranes or "just" a headache nearly every day...probably time for him to go to a Rheumy....And Laura?? I am not to clear on her DX..I do recall that she deals with pain also..

Well, being married couples having AI diseases, at least we GET how our mates feel.....Because unless one has this stuff, there is no way to understand....

I am definitely not young, and definitely not female, even though I do have to have my nails done and they look like they have polish on them!😂😂😂😂😂😂😂😂😂😂

With me not being female and in the age range was why it took so long to DX?

Laura has arthritis bad in her hips, it hurst for her to move at times, but, she and I go on and do what we have to do. We have 2 grandchildren (girl 13 and a boy 12) that live with us. We have to do what we have to do. After 20 years of being out of coaching little league baseball and football, now I'm back in it! Yes it gets rough but, it is worth it for the kids, and not just our grandkids but, for all the kids on our teams!

A few weeks ago she was sent to a specialist, her GYN thought she may have breast cancer, but last week the doctors said they didn't think it was. We have to go back to UAB on January 4, to be absolutely sure?

As to her going barefoot, she says that her hips don't hurt as bad when she goes all day without wearing shoes, but she is a paralegal and sometimes wears 4 to 5 inch heels so, that may have something to do with it. She does wear flat shoes at the office but, if they have a high up client coming in she wears heels. They deal a lot in multimillion dollar deals at times. Same if she has to go to court. Her firm just closed a 150 million dollar deal.

Thank you so much for everything!

Wishing you the BEST!

Tiras in reply to AndrewT

other than looks. They don't rub on my Lupus rashes and blisters but, at first glance it looks like...

Barefoot Because Of Lupus

everywhere barefoot. Also now the lupus has effected my nails, and I have to put a nail treatment...

time I wore shoes, I have tried to wear soft fluffy house shoes to no avail. I can tell you the all...

Have To Go Barefoot Because Of Lupus

There are times when having to go barefoot is an inconvenience, so I have to be extremely careful....

Taken ill at the dentist