If you are a male with lupus, please share your e... - LUPUS UK

For March and April we would like a a few men with lupus to share their experiences.

With 90% of cases being diagnosed in females, unfortunately at times men with lupus don't get their story heard and we'd really like to devote the next two months of our blog to help correct this.

If you are a male with lupus and would like to share your experiences with us, please email paul@lupusuk.org.uk

It would be great to hear about diagnosis, the symptoms that you have the most difficulty with, whether the diagnosis has had an impact on your family or anything else that you'd like to share. Please send us a photo of yourself along with your story.

We'll aim to post one or two stories a month (depending on how many we receive). 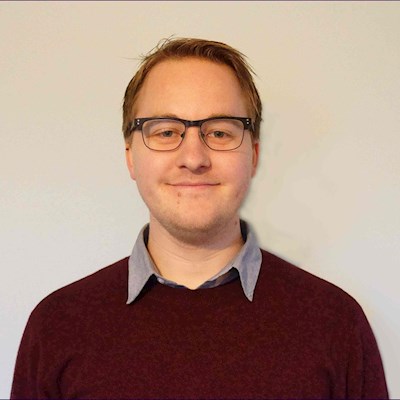 Paul_Howard
Administrator
To view profiles and participate in discussions please or .
Read more about...
5 Replies
•

I'm extremely interested in hearing these stories... I would like to know what some of their first symtoms were as well.

Hi Paul I was diagnosed with Lupus in my early twenties I am now 61.( I was actually advised at the time that there was no cure and my life expectancy was only a few years (nice thing to know when your in your early twenties and just starting a family) .It’s been a difficult journey but I am still here. I am currently dealing with atrial fibrillation I have had two attempts at Cardioversion the first 2 times (Electric shock) and the second 4 times it did not work so the cardiologist is looking at available options.

I would be interested in telling my story when I can get the time, as its been quite a difficult journey I have managed to lead as normal life as possible and I have never given up.

It would be great to share your story if you get the time to write something for us.

I am a guy of 58 who was diagnosed with SLE just 9 months ago after having 5 years of severe fatigue and problems with movement in my hands, arms and legs for the last year!

I have also had a condition called Ulcerative Colitis for 6 years and as it's an auto immune problem too so it responds to similar medication!

Up until 2009 I led a very active life so I consider myself lucky as so many sufferers get this disease at an earlier age!

When I was diagnosed with SLE I was put on methotrexate and hydroxychloroquine which has eased and broken up the symptoms. The Consultant was wanted to prescribe steroid treatment initially but as I am type 2 diabetic this would disrupt my blood sugar control.

I find that the biggest problem this disease creates, apart from the discomfort, is trying to make a living! Since the fatigue problem and UC started I became self employed as a model maker specialising in garden railway items. I did this in preference to getting JSA and benefits. Until the Lupus affected my hands this was very successful but now I have lost much of my tactile dexterity and strength in them and cannot produce my models fast enough!

I have been advised to apply for PiP although I am not very optimistic about being successful with it after reading others experiences of it with lupus. It sounds just like a lottery to me!

Back in mid January 2004 ( age 51 years) after feeling confused and very unwell at work that day retreated to my bed with what i thought was flu. Not able to climb the stairs at home to get to bed i lay on the settee for almost three weeks with high temperature, constant shivering from fever and no energy. I was not able or willing to eat.

I had home visits from Dr who said rest and drink lots. Second visit was from a Dr who advised the same. I was getting worse. The third home visit from the another Doctor possibly save my life as he said i should go to A&E and he called ahead and advised them i would be coming to them. My wife drove me there. It was Wednesday night.

High temperature and shivering, they did tests, Bloods were taken and they said i probably had flu, and in fact the Dr in A&E said she felt she had a touch of something as well and said for me to go home and take aspirin to try and keep my temperature down. Home i went still feeling very unwell and not able to keep anything down.

It turned out that taking a blood test was a good idea because on the Friday evening two days later my wife took a telephone call from the Hospital to say that she should take me to A&E straight away as i had septicemia. I had developed a rash all over my body by this time. A&E admitted me straight away to a ward. still in high fever.

Over the next few days i had many tests and even whisked into theater for biopsy on some of the spots i had. I was on Oxygen and pain killers as my joints swelled and ached as well as high temp and fever. I attempted staying still whilst they tried to X-ray and take a CT scan but the shivers were constant.

They did sort the septicemia out but all the other symptoms remained. Kidney problems, I could not breathe as lung capacity went down to 55%. Rash on face and body, joint pain, swollen fingers, brain fog, fatigue, hair falling out and eye problems, all the signs of Lupus. However no one had seen this at my hospital before so they didn't know it was Lupus until they sent my bloods to a lab in the Midlands. This was about 10 days after being admitted to hospital. They started me on a high levels of Steroids though intravenous drip for three days and introduced me to many other drugs. I believe there were 15 different ones at that time.

As all this was happening i was in a constant dream world with brain fog, pain and wondering what was happening to me. I really was emotional and would cry at simple things, such as bad news on the ward TV or Radio. I switched them off.

I hated the hospital experience and asked the nurse what i needed to do to get go home she said i would need to start eating again and have normal range temperature. ( I had lost 3 stone in 3 weeks) I did and three weeks after being admitted i went home. Before i left, the specialist who had suggested sending my bloods to the lab in the midlands asked a ward sister to print off the internet what Lupus was and what the prognosis is. 23 pages of printed web pages telling me that i was not likely to survive more than 5 years. I was resigned to a shortened life span. However soon after getting home i was able to view the site they has printed the material from (year 2000 and an old site. Just goes to show that in just a short period of time how things had progressed ) and other sites where new drugs for Lupus treatment meant i would not have a shortened life but could live a relatively normal one, with the correct medication of course. A complete opposite of what they had given me.

I left hospital on 30mg of Steroids and immune suppressing drugs, pain killers , Lansoprazole amongst others. I was back at work within six months working part time and full time later. It took 4 years to come off the Steroids and start to feel somewhat normal. I had weekly blood tests at first , stretching to monthly then 3 monthly and finally every six months. I am "clear " of any sign of Lupus today and have been for about a year but still on immunosuppressive drugs and others. I am aged 62 now. 11 years since going down with fever and i count myself lucky.

Looking back before 2004 i could see signs, not able to sleep properly 18 months before, aches in joints, attention span problems. The Lupus was lurking even then. And the week of the attack i was not feeling well at all. On the day i went to work without a shave, never done that before, had problems with speech and forgot to make my packed lunch so had to dash to supermarket to get something which in the event i didn't eat as i wasn't hungry. The signs were always there. I still don't sleep well and count myself lucky if i get 5 hours sleep a night, mostly less. I had been on sleeping tablets from that time in 2004 till this January but stopped as i felt they were no longer working. Thats me and i urge others with Lupus to never give up and remember you are special, at least in my eyes you are.

Share your experiences of claiming benefits for our blog

We'll aim to share one or two stories a month...

Rheumatology Research and LUPUS UK would like to extend their thanks in advance for your time and...

We want your stories for our blog!

with lupus and from their partners. If you'd like to share your story, please email it to...

Would you be willing to share your story for lupus awareness?

If you have a lupus diagnosis and you are willing to share your story in local...

the month for an article. Please share in the comments section below, or email paul@lupusuk.org.uk...