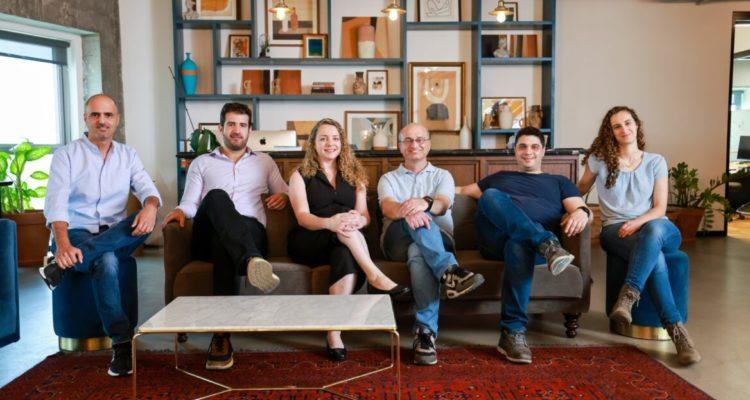 Predicta Med, launched in memory of a friend with celiac who died in an accident, will help family doctors diagnose tricky autoimmune diseases faster.

Shlomit Steinberg-Koch was working through a personal tragedy when the idea for her new startup, Predicta Med, hit her like a landslide.

Nadav Shoham, Steinberg-Koch’s colleague and good friend from her previous employer, Mazor Robotics, was trying to cross a high-altitude pass in the Annapurna region of the Nepalese Himalayas in 2015 when he was caught in an intense snowstorm and died.

Shoham also had celiac disease. While this wasn’t connected to the tragedy, it was something that he and Steinberg-Koch spoke about frequently.

“One of the challenges was to detect celiac disease,” Steinberg-Koch recalls. “I thought, wow, I must do this. It started as a memorial project for Nadav. But then I won the competition and I said, ‘OK, now I really must do something with this.’”

That “something” turned into Predicta Med with an expanded mandate: to help primary-care physicians diagnose not just celiac disease but six other hard-to-identify autoimmune conditions.

Steinberg-Koch started the company in 2020, after Mazor was acquired by Medtronic for $1.6 billion in 2018. Mazor Robotics founder Prof. Moshe Shoham, Nadav’s father, was the first investor. The eight-person Ramat Gan-based company has raised $2 million so far and is about to close a full seed round.

Although Steinberg-Koch has a bachelor’s degree in biomedical engineering, at Mazor she had moved more into a product management role. So she brought in a second partner, Benny Getz, previously the CTO of cybersecurity startup Kayhut, to add the necessary technical capabilities to the team.

It also diagnoses rheumatoid arthritis, psoriatic arthritis, multiple sclerosis and lupus with an average of 84% accuracy.

And an expensive one.

A 2019 report found that over $100 billion is spent annually on diagnosing and treating inflammatory conditions like Crohn’s or fibromyalgia. (By way of comparison, COPD costs the American healthcare system some $50 billion; cancer costs $125 billion a year.)

Predicta Med starts by aggregating data from two main sources: electronic medical records (EMRs) and insurance claims. The company has already aggregated 2.7 million EMR data points and 1.7 million claims records in Israel and will expand that in the U.S. as it gets closer to launch – the target date is the end of 2022 and, for the current version of the product, FDA approval is not required.

That’s because Predicta Med doesn’t do the actual diagnosis; it’s a decision support system that presents results to primary-care physicians who then make the call – usually to refer a patient to a gastrointestinal specialist.

Going forward, “we are planning to do more diagnostic work, and we may need to get FDA approval in the future,” Steinberg-Koch says.

Predicta Med is targeting clinics and hospitals with a strong family medicine practice because these physicians are the main healthcare gatekeepers but are not specialists trained in tough diagnoses.

Celiac disease alone can present in 300 different ways, Steinberg-Koch explains. It can be a child with diarrhea and a high fever or a teenager with growth-related issues.

Physicians are under pressure, too: How can you do a full differential diagnosis when you have only a few minutes with a patient?

“We were able to prove we can detect an autoimmune disease up to four years before the family doctor,” Steinberg-Koch notes.

The product will be integrated into physicians’ existing EMR systems, so there won’t be any major changes to their regular workflows.

Companies like Epic and Athena, two of the leading EMR makers, have marketplaces where a product like Predicta Med’s can be purchased.

This is not Steinberg-Koch’s first dance at detecting diseases. In 2012, she wrote an algorithm to detect melanoma, “but we were a bit ahead of the market. Artificial intelligence and telehealth had just started back then.”

Predicta Med is working with several design partners to help evaluate its proof-of-concept product and nail down its interface.

The company started by working with Maccabi in Israel and has since added Stanford Medical Center and Hoag Hospital in California’s Orange County. Predicta Med is also participating in the Intel Ignite accelerator in Israel.

There’s a personal angle for me: As someone who was diagnosed with Crohn’s disease at age 13 after suffering from stomach pains as a pre-teen, I wonder if the Predicta Med solution could have saved me years of unnecessary pain.

Indeed, says Steinberg-Koch, “The idea is to prevent all this misery.”

“We don’t replace biopsy or endoscopy, but we can raise a red flag for primary-care physicians so they can send a patient to a gastroenterologist early enough to prevent deterioration or surgery,” she explains.

Steinberg-Koch’s original motivation for starting Predicta Med has never left her. “Every day I think of Nadav and the responsibility. It’s a huge weight on my shoulders.”

Researchers discover the cause of lupus

Researchers discover the genetic cause of lupus