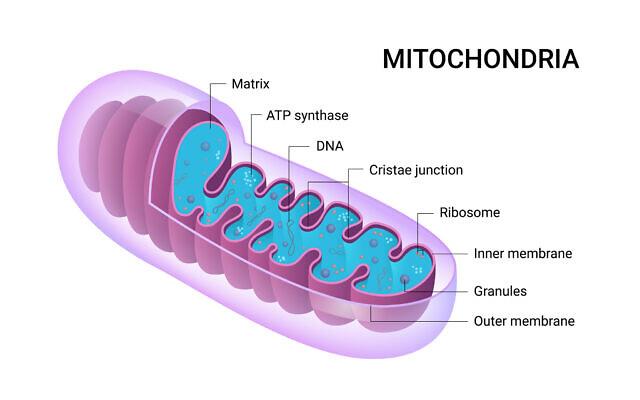 Ben Gurion University geneticists suggest illness primarily targets the immune system, not the lungs, and say if the hypothesis is true, it may open up a new treatment possibility

It’s time to “rethink” the notion that COVID is above all a respiratory illness, as new research suggests it’s actually an “immune-and-respiratory” condition, Israeli scientists say.

The team behind the new peer-reviewed research says the idea may help explain the unusual nature of COVID-19, and might even pave the way for over-the-counter antioxidants to help treat the disease.

The geneticists from Ben Gurion University studied the mitochondria. Often called the “power plants” of cells, they generate most of the chemical energy needed to power the cell’s biochemical reactions.

“We expected to see a change in the mitochondria in the lung but not the blood, because after all, COVID-19 is supposed to be a lung disease,” Prof. Dan Mishmar, the lead researcher and president of the Genetic Society of Israel, told The Times of Israel. “But to our surprise, we found the opposite was true.

“We saw no change to mitochondria in the lung, but saw a significant change in the blood, with a reduction in mitochondria gene expression.”

The respiratory element of the virus is considered so strong that it is known formally as severe acute respiratory syndrome coronavirus 2 (SARS‑CoV‑2). But Mishmar said that as the blood is a strong indicator of the state of the immune system, his study suggests that immune disruption comes before any respiratory issues.

His hypothesis is that abnormally functioning mitochondria lead to some of the most concerning effects of COVID-19, including the cytokine storm, which is often characterized as an immune overreaction that can cause rapid demise. And Mishmar said if he is right, patients’ conditions could be improvable with existing antioxidants.

“Until now the mitochondria as a system was almost overlooked, and now we’re identifying it as a central player in the disease, and starting to explore how to help and improve mitochondria function and potentially lead to an improvement in symptoms,” he said.

“There are over-the-counter drugs, or strictly speaking supplements, that could help to do exactly that — they are antioxidants. They reduce the signals generated by the mitochondria, and given that the cytokine storm is essentially a signaling storm, could be very helpful in preventing this from happening.”

Discussing the research, Mishmar said: “We took data that was already available from RNA transcripts collected from both blood samples and from the respiratory tracts from coronavirus patients and from controls. They came both from tissues and from single cells.

“We asked ourselves why we were seeing changes in the mitochondria of the blood, not in the lung. This led us to analyze in-depth the data coming from single cells that we had from patients. This analysis supported what we found in the blood, namely the hypothesis that the result in the blood probably stems from the immune system. It’s likely that its dysfunction in the immune systems leads to both the cytokine storm that is so characteristic to COVID, and also to lung disease.”