After decades of qualms about lung cancer screening, the American Cancer Society says there now is enough evidence to recommend it, but only for current and former heavy smokers ages 55 to 74 and after a frank talk about risks and benefits with your physician. The new guidelines are a cautious but exciting step against the world's most deadly cancer. The study only included older people who smoked a pack of cigarettes a day for 30 years or the equivalent, such as two packs a day for 15 years. Whether screening would help others isn't known, so scans were not advised for them.

Lung cancer is fairly rare before age 55, so the benefits of screening are going to be less if you start at a younger age. Cancer screening has provoked great argument in recent years; especially over when and how often women should get mammograms and whether men should have PSA blood tests to look for prostate cancer. Some of the most influential guidelines come from a government-appointed panel— the U.S. Preventive Services — but it hasn't considered lung cancer screening since 2004, when it said there wasn't enough evidence to recommend for or against it. An update is in the works now. The Cancer Society used to recommend screening with chest X-rays but withdrew that advice in 1980 after studies showed they weren't saving lives Since then, the CT scans have come into wider use, and several medical groups have backed screening with them. 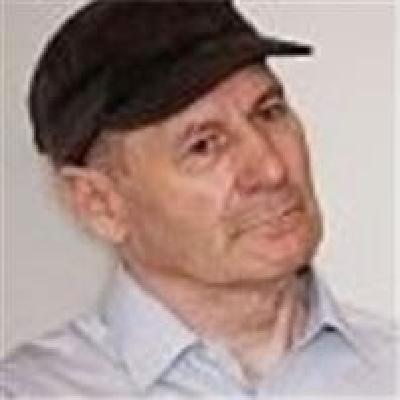 Robertlowe
To view profiles and participate in discussions please or .
Read more about...
13 Replies
•

Hi Robert, very interesting article. Yes my cancer was found accidently through a chest x ray then the ct scan . I fit into that catergory. I believe the cancer was found just in time, a month later and I dont think I would be here now. I am all for any help to fight this awful disease.

Hi again Jilly, hope your star is still shining brightly and you are still doing well.

My first diagnosis just creeps into the rare category as I was 53 when first diagnosed. I have now been diagnosed with small then non small and now undergoing treatment for oesopheagal and on each occasion it has taken exactly 3 months from my first symptom to confirmation. Far, far too long in my view.

Robert your an amazing man. Good luck with the treatment. I agree time doesnt seem much to those that havent got the cancer. I was told mine wouldnt grow much in a month had surgery on 26th day, Surgeon said it was only a matter of days and they wouldnt have been able to operate. However we are in their hands. Its just the system I suppose.

Although a screening programme is the way forward, there seems to me to be an increasing number of non smoking women under 50 being affected by this. What is there for us?? It took 15 months to diagnose me as no one thought as a non smoker in my 40's it could possibly be lung cancer! So at time of diagnosis I was at stage 4!

Hi lynba, you and people like you deserve the earlier screening, as you must feel bitter the fact that you have never smoked. I as an ex smoker feel it was my own fault, but I do feel it must be terrible to be diagnosed with lung cancer if you weren`t a smoker. Nobody deserves cancer no matter what type. or what your background is. If only the government would invest more into early screening.

Unfortunately lung cancer lags well behind the very high profile breast cancer. There are various researches and developments being pursued but you have to look hard to find anything about them. I will have a look and post my findings later. I personally believe that some amazing new developments in lung cancer diagnosis and treatments will come to fruition starting this year. Since getting interested in the development of cancer procedures and care, I have been intrigued and encouraged by how much is going on. But I do feel sad that we (patients and carers) are unaware of so much of it. This is why I have started these blogs to highlight the latest research and developments and to hopefully provide knowledge and comfort to those who don’t have the time or aren’t able for what ever reason to do so themselves. Cancer is definitely on the run and the future is one of increasing promise

Yes, I agree with you there Rob. I have a facebook group where I post all the latest research etc. I was a nurse so have a very good understanding of treatments. I have been fortunate to be asked to speak at lung cancer study day's and therefore listen to the other lectures, some of which show lot's of promise like you said. The current stats are 5 years out of date ( as they will always be) It was only in 2007 that they started to give different chemo combinations depending on the type of lung cancer! I found that astonishing. But it means we should only just be seeing the increase in survival from that in the next year or so (on paper that is) we won't see (on paper) the true figures of the advances today (Iressa/ Cirzotinib etc) until at least 2015/6.

All that I have learned leaves me very hopeful, saying that these advances are for late stage treatments! We really do need to be able to screen one and for any chance of cure!

Thank you Jilly, there should be no blame at all so don't beat yourself up about it. No one asked any other cancer patient if they smoke/d and it's know to be responsible for other cancers too.

I do feel though with the lung cancer screening programme that non smokers are being discriminated against. I don't know what the answer is apart from maybe GP's being better educated in the fact that you don't have to smoke to get lung cancer. After 22 months of being stable I have disease progression I still don't look ill, have never lost weight and can still do everything I did before. It's good in many ways but i don't get taken seriously when I complain of symptoms.

Hope you are doing well,

Thanks for that comment Lyn, I am fortunate to have a doctor who is really interested in Cancer and is on the hospital team at St. James oncology dept. Leeds.

He is a brilliant doctor I just wish there were more like him. Good luck and take care.

Perhaps the government will wake up one day and listen to people like you. xx

Just read a research article stating that the younger you are with LC the more likely you are to be diagnosed at a late stage. The recommendations are screening should be focused on individuals of different age groups at highest risk of advanced stage at diagnosis. So why are is lung cancer screening for the older smokers???

In an attempt to answer your question, could it be because at present there is not any surefire effective system of screening available for either smokers or non-smokers regardless of age. After going regularly to my surgery for over 2 months complaining about losing weight and feeling very lethargic, I was speaking to a couple of survivors of oesophageal cancer in my support group and realized right away what I had. I ran down to the surgery and gave my GP of 35 years a right dressing down. With my previous small, non small lung cancer and skin cancer history how could she be so amiss, she sat looking very sheepish and immediately got the ball rolling. A couple of days later after calming down I made another appointment and I sheepishly apologized. I feel GPs are unqualified to early diagnose lung or indeed any cancer symptoms as they will be lucky if they see more than a couple of sufferers in their practice in a year. How can we possibly think of castigating our GPs when experienced oncologists will only make a diagnosis after a plethora of tests and scans? We desperately need something that works now, and with all the efforts and research being pursued by the medical profession, I am sure an efficient working model will be with us sooner rather than later.

Would be grateful for an introductory link to your facebook site.

Ps- I am off to hospital today for an exercise test, to determine if at 73 years of age, I am fit enough to survive what my surgeon calls some very major surgery for oesophageal cancer. All last night I have had my fingers, arms, legs and eyes all crossed that it goes well.

Just want to wish you luck robert. I do hope you can have the operation. I have my fingers crossed for you and will say a special prayer tonight. Good luck robert.

Hoping like yourself I also end up with a fantastic result for the beginning of the year.

Can lung cancer be diagnosed by a CT scan?

question is, can they be sure from a CT scan alone that it's lung cancer? My partner was given no...

Hi, I had a ct scan of my lungs as the year before I had a that wouldn't go for ages and it had come

LUNG CANCER AND THE NHS

that was confirmed to be a recurrence. After a pet scan ct and brain we have been told the...