Hi all, my Dad was admitted to hospital on 1st November and was being treated for a bad chest infection/pneumonia. He had a bad night on 2nd November and given stronger antibiotics. He seemed to improve and get a better nights sleep on 3rd November, to then have a better day on 4th November. He then “took a turn” in early hours of 5th November and was intubated and taken to ICU. It’s all happened so fast and I’m heartbroken to see him like this. I visited him yesterday and made sure I spoke to him loads although he’s in an endures coma. Doctors said he is quite sick. They successfully drained fluid from his lung yesterday, but of course I keep thinking the worst. He has COPD as well which worry’s me. Does anyone else have any similar experiences as a success story? I’m trying to stay as positive as possible… Thank you xx 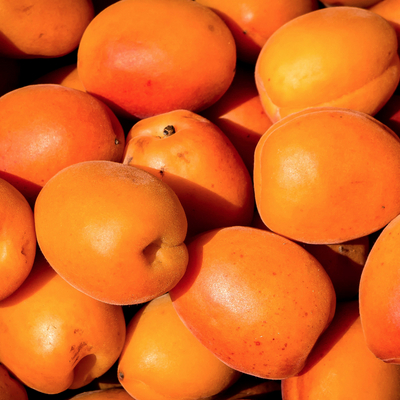 lg1528
To view profiles and participate in discussions please or .
Read more about...
18 Replies
•

My journey was qute a long one! Having had a heart attack in hospital and then getting pneumonia and being sent home only to return with pneumonia, sepsis and and a failing heart valve. Fortunately I was transferred to the ICU in another hospital. I was in ICU, in a coma, with a trachy from Mid December '19 to Feb '20 eventually coming out in March. Unfortunately whilst there you are at risk of catching infections. I had four drains and numerous tubes and the family were called in twice as I wasn't expected to make it. Any way I did, it wasn't pain sailing for me or the family but now I am recovering and by the way I am now 73

lg1528 in reply to FamilyHistorian

I’m so sorry you had to go through all of that, I can’t even imagine. But so happy you are here to tell your story and thanks so much for sharing xx

I had covid-induced pneumonia, then also got separate hospital-acquired pneumonia on top of that, plus had a near-fatal pulmonary embolism in my lung, but pulled through after one month in a coma, and three months in hospital in total, and am at home recovering since February. I am roughly the same age as your father so all the best to you all, the body keeps battling.

My 75 yo mum is in ICU after getting breathing issues from contracting covid. She is on a ventilator and they discovered blood clots on her lungs and one in her heart chamber.

She is on dextramethadrone and she recieved sarilamab, we were also advised yesterday she had a dose of remedisevere which they initially said they wernt going to use, ive heard scary things about this drug.

She was admitted to hospital on 26/11/21 and was initially given oxygen but the next day her breathing deteriorated so she was put on CPAP but then the next day she went into ICU and was ventilated. She was given a CT scan that day which showed the blood clots which hadn't been picked up by the xray on admission 2 days prior.

On the Monday we were advised her oxygen has been dropped to 55% and she was passing water well so kidney function looked good, we were thinking things were going in the right direction. The next day we spoke to the nurse who advised oxygen requirements was now 45% but she had been put on dialysis

The next day we were advised she was having her sedation reduced and she took some breaths but she was struggling and was resedated.

The next day we were advised she was on 65% oxygen and was being given Tazocin a broad spectrum antibiotic for suspected lung infection.

Shes being proned every 12 hrs.

We are all going out of our minds too scared to call the hospital for updates and scared to get a call from the hospital which has only happened when she initially deteriorated.

Not being able to go see her is such a nightmare, feeling sick with worry, stomach in knots.

Me and my sister and brother are all camping out in my sisters front room trying to stay positive for each other but its not easy. ​

It's encouraging to read about people in a similar sittuation recovering, I hope you are keeping well 🙏

Thank you. I also started off on remdesevir, but don't know what happened after that as I was put into a coma.Covid-induced blood clots log-jammed the right chamber of my heart, which serves the lungs, and put strain on the left chamber.

So they had to be removed somehow while I was asleep. I think they injected thinners into there using a thin tube inserted via my neck.

There are still heart issues there as it has had a bit of a jolt, which are being treated with blood thinners (to keep any new clotting at bay) and beta blockers (to regulate my heart beat).

This coming week, after a long wait, I shall go to a pulmonary rehab centre for an assessment to see if I am up to any sort of exercise regime yet, or need to get stronger first.

I hope your mother continues to improve. As the medical staff say, do not get hung up on the numbers.

Your sittuation sounds very similar to my mums, were you on dialysis as this seems to be something a lot of ICU patients are put onto? We only found out about the clot in her heart chamber yesterday and it's been stressing me out so much as I've read it can take time fir clots to be absorbed by your body, i thought the anticoagulants broke them up.

I had back surgery 6 yrs ago and developed blood clots on my lungs and one was close to my heart, I was on blood thinners for 6 months

I was in too much shock yesterday to ask how they were treating the clot in her heart but after hearing your story I shall ask them today as I didn't know they had ways to remove them as clots in the heart are scary.

I hope you continue to recover and can get back to being more active, it sounds like a long road to recovery xxxx

No kidney issues or dialysis I am pleased to say, although I know that is common for severe covid patients in ICU. I have now been on apixaban for 10 months as there were also clots in my lungs, and there are some residual bits still lodged in there that need to be thinned away.

Plus the right heart chamber blood is now stickier than normal and also needs thinning still.

I seem to remember being told that -- as well as a catheter being inserted via my neck to administer the drugs to break up my large clots -- some form of ultrasound was also used.

Hopefully your next discussion with the medical staff is a fruitful one, regarding information about treatments.

Keep talking to your Dad. Your voice and family things will reassure him. There are many stories of hope here. My brother was in an induced coma with sepsis from flu. All his organs were failing and even a ventilator wasn’t going to save him. We were very lucky that an ECMO machine was available to allow his lungs to rest and recover. Your Dad is relatively young. Remain hopeful was the best advice we were given by one kind ICU consultant and that is advice I pass on. I hope your Dad recovers.

My partner was admitted to hospital 5 months ago with bacterial pneumonia and moved to ICU after 12 hours where he spent a week, then a week in HDU, a week on the Respiratory ward, then home. He is recovering well. He’s 73. He says he can remember me and his family talking to him when he was heavily sedated in ICU and says he was reassured to know we were there. Keep talking to your Dad - he may well be listening even though he’s unable to respond.

Thank you all so much for your messages of support and your own personal stories. They really did help me through such a traumatic time. My Dad unfortunately passed in the early hours of Monday morning. We were with him until his final moments on the ventilator. He unfortunately had Necrotising Pneumonia which is a pretty rare and aggressive pneumonia. It’s been an absolutely exhausting and heartbreaking 4 weeks. Love to you all and your recoveries for you and your loved ones ❤️

I’m so sorry to hear of your loss. Sending you lots of love and hugs x x.

Ceegeefee in reply to lg1528

I’m so sorry to hear of your loss. Sending much love to you ❤️

I'm so sorry, I losted my dad a few weeks ago he had covid too it caused many complications.

Adding my condolences to the other messages mentioned above, am very sorry to hear about your loss. x

We are so sorry for your loss.

on the Vent 100%. They say he has fibrosis and pneumonia. He is no longer covid positive, but this...

My Dad with Covid 19 and acute pneumonia in ICU.

and only 3 days ago the Doc decided put him in a induced coma as he was not improving and needing...

take him off most of the meds to see if he would wake up by himself, well yesterday my mom spoke to...

My dad is back on a ventilator

ventilator and put on cPap and the bubble helmet. I spoke to him and we was all over the moon but...
•
10 Replies

My Dad is not waking up Fully After Brain surgery, catching pneumonia and went thru sepsis shock.

after ventilated that night the next day went into Septic Shock and was sent to ICU hooked up to...

Brother in ICU with Covid on ventilator

My 62 year old daddy on a ventilator from covid complication...