Recently had a holter monitor test showing i had one instance of wenkebach heart block. I went to an E.P. doctor who looked over my results, told me I was fine and did not need any kind of treatment and not to worry. He also ordered i have a stress test done and echocardiogram, which all came back normal.

I guess my question is should i be worried? The only symptom i have that bothers me is palpitations which are quite frequent. I have severe health anxiety and this is driving me insane. I am only 29 years old and have a 3 year old son. 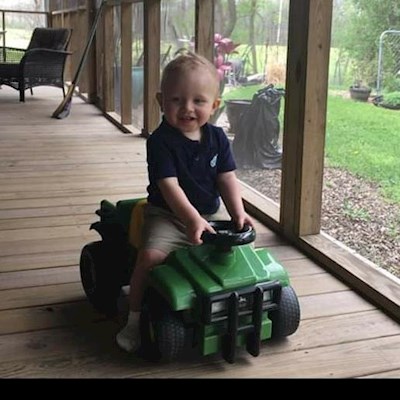 Darrenedwards590329
To view profiles and participate in discussions please or .
Read more about...
11 Replies
•

Well, I onetime went with my worries about ectopic heartbeats to see my GP, who said all was well. Nothing to worry about. Then I added, as I thought she ought to know, that I also had very frequent palpitations. "That's the same thing", she said. Nothing to worry about. I've had both since I was about thirty, and so I've done the only possible thing I could do, I've learned to live with them, with both ectopics and palpitations. They come and they go. Admittedly, they are not pleasant, but I no longer worry and fret about them. If I reach July 22nd this year I'll be eighty years old. Which is probably a good way of telling you that what your doctor and consultant have told you is the truth. There's is nothing to worry about. So please don't worry. You are a young man, enjoy your life, and enjoy your little son.

Thank you for your kind reply. I am sorry you've had to deal with this too. But it's comforting knowing you are still alive after all this time dealing with them. I guess I am a worry wart and should just take these palpitations less seriously.

Jeff1943 in reply to pnokio

If you're symptons aren't impacting your daily life then treatment isn't needed, however if you have frequent episodes and the pauses cause faintness then treatment may be needed. Drs aren't usually interested in palpitations so you have to be persistent if you feel something needs to done.

Darrenedwards590329 in reply to bantam12

Hi, thank you for your reply. They don't necessarily impact my life other than the palpitations are quite scary when they do occur which sends my anxiety into overdrive. I do not feel faint or have passed out.

Again thank you for taking the time to reply. I drive myself crazy with my thoughts.

The pauses and thuds afterwards are what bother me the most. I lift weights and workout hard and ive yet to pass out. Sometimes aftwards the skips and thuds are quite frequent and bothersome but my doctor, the electrophysist, said it was nothing to worry about and my holters and ekgs are overall benign.

Im just confused and tired of dealing with medical professionals to be honest. Guess I will take magnesium and hope for the best.

bantam12 in reply to Darrenedwards590329

It's took 6 years and several cardiologists before anyone listened to me, I have Wenckeback and Afib and the ectopic pauses are the most debilitating, I was offered an ablation for the AF but it wouldn't have helped with pauses, so I'm going for a pacemaker next week which hopefully will sort it out.

If you feel the docs are dismissing you ask for a longer monitor, I had one for 2 weeks which definitely proved there is a problem which needs fixing.

Darrenedwards590329 in reply to bantam12

I hope the pacemaker helps your symptoms and day to day living. I will keep what you said in mind. If my symptoms don't get any better or worsen to the point im blacking out I will definitely insist on further testing and a pacemaker. It's hard to live like this and raise my family. Thank you for the response.

bantam12 in reply to Darrenedwards590329

A pacemaker at your age wouldn't be the ideal option and possibly not even offered unless you were blacking out. I'm 64 and the physiologist wasn't keen on a pm for me because I'm "to young".

You would probably be trying meds first which would hopefully settle things down but as you already know anxiety doesn't help so working on that could be a good way forward.

I am not a doctor. I’ve dealt with occasional palpitations that bothered me (particularly after energy drinks) and did a lot of research. They seem to be eptopics which are normal and benign. Do your palpitations come with other symptoms? I had normal ekg and never bothered with holter because I don’t experience other symptoms. Be conscious of triggers. Health anxiety causes a hyper focus on sensations of the body making normal occurances seem abnormal. I know, I have health anxiety. If doctor gave you all clear I would feel pretty comforted. All you can do is research the block he noted and go from there. Just anxiety and stress can cause palpitations. I would address health anxiety first, as it can really impact your quality of life. There are a lot of resources online to help!

Thank you for the reply, I don't really experience any other symptoms. Maybe shortness of breath but again the anxiety can cause that so i don't know how much is stress and anxiety versus an actual problem. The doc didn't seem to concerned about the av block and said my holter was quite benign. The sensations are what bother me most the pauses then the hard thud afterwards. Yeah, I have severe health anxiety and even after the doctor told me not to worry I still worry about everything.

Hi all, I have second degree heart block and the person I saw at hospital is trying to discharge me...

was told that I have this condition after having what feels like skipped bests for years. It sounds...

3 day holter for palpitations which revealed that I had occasional instances of Mobitz ii heart...

are nothing to worry about...? I also always have a high resting heart rate and always have done......

huge amount of stress a couple of weeks ago and bp and pulse rate shot up. The stress has subsided...

does any of my comrades that has had a pacemaker fitted take...

I’m desperate due to near constant ectopics