Hi guys.. here's my update. After almost 2 hours of the ep study (terribly painful coz they gave me no sedation as it would mess with the inducing .. and barely any local at the groin too).. No ablation could be done. They said it was in the sinus node and I didnt want a pacemaker. So now I've been sent home and asked to take Amiodorone. Has anyone else been on it? Any issues with thyroid?

Thanks for all the answers ! 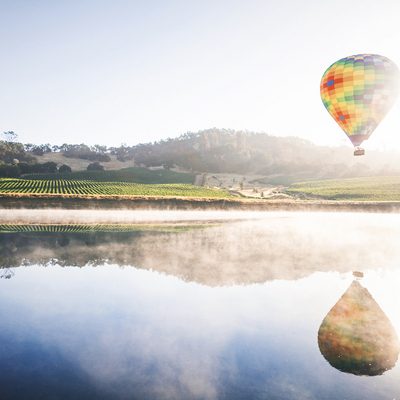 KRG13
To view profiles and participate in discussions please or .
Read more about...
17 Replies
•

Amiodorone damaged my thyroid, made it under-active, and I'll have to take pills for life to rectify that . We had an AF get together locally, a year or so ago and out of just over 20 of us I think it was 4 people there who'd had their thyroids damaged by Amiodorone.

Wow, I’m so sorry to hear that they couldn’t find something ablatable outside the sinus node. I sure hope they come up with some better options for IST in the next few years because currently, it seems the only option is making it slightly better with meds and dealing with it.

I know..real let down. But I was given more clarity at least.. it was called Abnormal Automaticity and not IST.

What is that if you don’t mind me asking? More of a dysautonomia?

It basically implies that various areas of the heart are competing with the sinus node to be the pacemaker of the heart. Each area is firing at will. The dual av nodal physiology points towards a re entrant rhythm.

Ok, thanks for the explanation. Will they ever try again to trigger any of the other areas or the reentrant av area so they can zap it? Or just trying meds from here on out?

2 EP studies.. and I'm kinda done. This one was so traumatic :(. They want to try drugs and said if the drugs kept causing bradycardia, it might be wiser to get a pacemaker and then continue the meds..

Ugh, I’m sorry. That stinks. Mine is definitely not 100% but livable. I’d do the same thing you are if I couldn’t get at least 50% relief from meds. These types of heart issues are just miserable. Keep letting us know how it goes.

We don't know what the actual cause is and its not easy getting an electrolyte measure inside your cells but what you can do is:

Eat foods rich in magnesium and iron, even take a magnesium supplement (not oxide) and an Epsom Salts bath using at least 4 cupfuls in hot water and soak for 20 minutes.

Do not take alcohol (or alcohol free beers) and if you smoke stop.

Drink plenty of water and a glass when you wake in the morning.

A banana and a avocado a day are good natural ways to improve electrolytes.

Limit or remove tea and coffee from you diet (I found decf tea OK, Yorkshire decaf is particularly good).

In many cases (I would say the vast majority) you will start improving, however whilst a slight improvement may be seen in a few days, it will take many weeks/months to get your electrolytes back in balance. During this time try to keep stress free and do not over exert yourself.

If you do have an electrolyte imbalance in your cells the suggestions above will likely fix it, you then need to be aware of your medication which the Doc has given you is for your condition right now, if the condition improves through correcting your electrolyte balance the Meds may need adjusting.

KRG13 in reply to Shcldavies

Hi Shcldavies.. I had the tests for my electrolytes.. everything was in order.. totally within normal limits. It's just so distressing to know that your heart is going awry and you cannot reign it in..

Shcldavies in reply to KRG13

Are you sure it was the cell count, most get the blood count which can be fine but your body will move things like magnesium from your cells to keep the blood count right (and that further depletes your cells).

Be careful with adding iron to your diet as it is difficult to lower if you have too much iron in your blood.

I have SVT episodes about once a week and was diagnosed with exessive iron in my blood. The cardiologist says that I must do vevesection (drain blood) for a few weeks until it is back to normal. This, he said should cure my SVT's.

I was on Amiodorone foe 3 months after heart surgery that left me with AF coming from the sinus node due to scarring from the operation...Was told ablation not suitable but was taken off Amiodorone because it causes liver and lung damage in the long term. I have no other info only what the cardiologist told me.

Praying that all goes well🙏

Sorry to hear your of unwelcome result.

I was given the option of amiodarone for life (I had a 3 month trial which proved its effectiveness) or an ablation close to my AV node with a significant risk of AV node damage and resulting pacemaker. I wasn’t prepared to rely on amiodarone with its attendant risks and chose another ablation. I don’t have the same misgivings about relying on technology. Post-ablation, I am much better and feel back to normal with the ‘crutch’ of a CRT device. I’m now waiting to see my cardiologist and hoping that my EF will be back to normal and that he will let me stop my meds. I’m an active 64 and have just taken early retirement.

KRG13 in reply to IanMK

Wow.. I'm so glad it worked out for you

. My main complication is that with abnormal automaticity, I may not be able to stop the meds even if ablation is done. Another spot will simply start firing. That will give me a pacer and meds too. Hence I am trying to stick to meds and at least avoid pacer for now

IanMK in reply to KRG13

My EP tried really hard to encourage other spots to start firing so he could ablate them to mitigate against future issues. As a result, I believe that my risk of further misfiring is lower than that of the general population. I am hopeful that I will be able to stop some or all of my meds, but it is not a given.

It’s obviously a very personal decision but, for me, it was a very easy one. Several months after the event, the biggest disadvantage so far is that I have a ‘slight’ build and the device is quite prominent and gets in the way more than I had anticipated.

monitor. A week later I went for an EP study however they couldn’t induce the arrhythmia:-/ they...

EPS unable to trigger SVT, what next?

I suffer from exercise induced SVT, specifically I'm a runner so during a run, it will usually...

What next after ablation?

I just had ablation therapy 2 days ago. They couldn't trigger the SVT so they just ablated the...

Everybody, I am 31 and I have recently has an ablation to correct Atrial Tachycardia unfortunately...

Flecainide and side effects