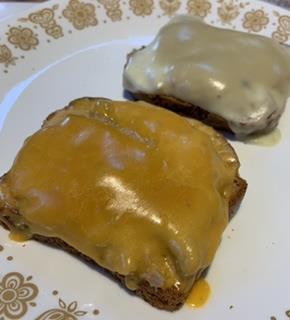 Tonight’s dinner was: tuna mixed with garlic hummus, Monterey Jack and Cheddar Cheeses, 2 gluten free slices of bread and ice cream with water. The entire meal was 56 total carbs. and was really delicious. It’s been a while since we had a tuna melt, so it was a nice change. 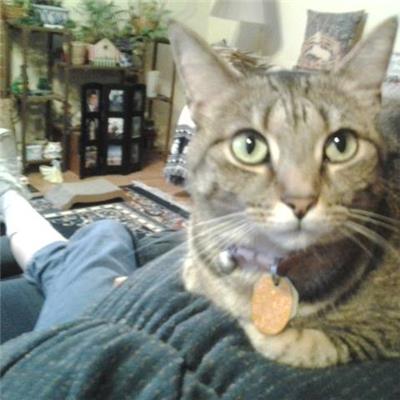 Activity2004
Administrator
To view profiles and participate in discussions please or .
18 Replies
•

How can you have 2 slices of bread and ice cream and be that low of carbs??

What about ice cream,

It was low carb. and the total amount of carbs. is included with it (56).

That looks good to me and I would love some cheese on toast for breakfast..🙂

Activity2004Administrator in reply to Happyman4

This looks really good, Happyman4. Glad you enjoyed it.😀👍

Hey this is a smashing low carb meal Leah, I’ve been eating gf Dijon mustard after some of your posts…😊

Thank you, Jerry. This is definitely low carb. high protein for a meal. It was really good, too.😀👍👍🐟🍣

That’s great to hear about the mustard being used. Glad you enjoy it.😀👍👍

Dear Activity, Lovely meal with tuna. Last night (18/10/21), I had what was called a Tuna Stew. There were various elements of the recipe that were absent but found other ingredients that were quite acceptable to make this dish complete. For example instead Couscous I had one nest of noodles and instead of broccoli 🥦 I used some left over cabbage.

The meal was quite nice and fulfilling with a grating of cheddar cheese instead of parmigiana.

It was all a question of what is in the cupboard.

The tuna stew sounds great! That’s a good idea for a meal. Is it like a Macaroni and Cheese mixed with tuna and peas/carrots idea?😀👍🍣🐟

Hi Leah, looks great. My daughter is expert at making these as she helps out at a charity cafe at a local church where they are extremely popular. It's quite a long way to go, but maybe I'll visit and let her make one for me too..... 🤣

That’s great to hear about your daughter, Sue. Once a year, my mom has her class go and do sandwiches for the homeless shelter out by us. She and her class spend a morning and have a line for the children to prepare everything and hand out the sandwiches. Not sure if they have done any tuna, yet. Will see if she wants them to do tuna soon before this year is over.😀👍

Well Activity, it was essentially pasta free just replacing one grain for a noodle. I like your idea of the Mac and cheese with peas/carrots and tuna. Sounds yummy.

Thank you! I can give you the link to the posting that I have done a while back about Mac and Cheese and Tuna later today.😀👍🐟🍝

Biomet in reply to Activity2004

Here’s one version I had done. healthunlocked.com/healthye...

felt it’s been a really long time since I have had a tuna melt, so I had decided to have a gluten...

Hi everyone. For dinner tonight, I had gluten free spaghetti mixed with tuna and protein powder...

watermelon slice for dessert. Tonight’s dinner was: [b]56 total carbs.[/b] and was really...

and some ice cream for dessert[/b]. The entire meal was really good and had [b]89 total...