Xylitol, erythritol, corn syrup and high fructose corn syrup can be all made from corn. While corn is admittedly sweet, it doesn't taste sugary. It takes a lot of processing to turn it into this very sweet substances.

My puzzle is, why are the first two regarded as artificial and the latter two, natural? 🤔

From Wikipedia, how each is made:

Industrial production starts with lignocellulosic biomass from which xylan is extracted; raw biomass materials include hardwoods, softwoods, and agricultural waste from processing maize, wheat, or rice. The xylan polymers can be hydrolyzed into xylose, which is catalytically hydrogenated into xylitol. The conversion changes the sugar (xylose, an aldehyde) into the primary alcohol, xylitol. Impurities are then removed.

Erythritol is produced industrially beginning with enzymatic hydrolysis of the starch from corn to generate glucose. Glucose is then fermented with yeast or another fungus to produce erythritol. Other methods such as electrochemical synthesis are in development. A genetically engineered mutant form of Yarrowia lipolytica, a yeast, has been optimized for erythritol production by fermentation, using glycerol as a carbon source and high osmotic pressure to increase yields up to 62%.

Corn is milled to extract corn starch and an "acid-enzyme" process is used, in which the corn-starch solution is acidified to begin breaking up the existing carbohydrates. High-temperature enzymes are added to further metabolize the starch and convert the resulting sugars to fructose.  The first enzyme added is alpha-amylase, which breaks the long chains down into shorter sugar chains – oligosaccharides. Glucoamylase is mixed in and converts them to glucose. The resulting solution is filtered to remove protein, then using activated carbon, and then demineralized using ion-exchange resins. The purified solution is then run over immobilized xylose isomerase, which turns the sugars to ~50–52% glucose with some unconverted oligosaccharides and 42% fructose (HFCS 42), and again demineralized and again purified using activated carbon. Some is processed into HFCS 90 by liquid chromatography, and then mixed with HFCS 42 to form HFCS 55. The enzymes used in the process are made by microbial fermentation. 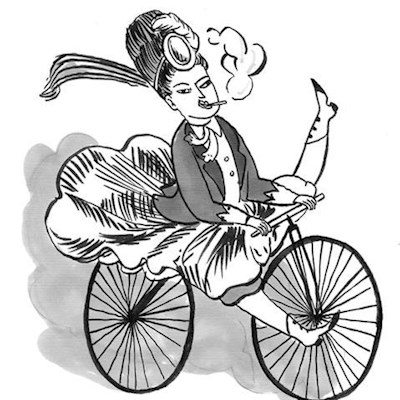 Subtle_badger
To view profiles and participate in discussions please or .
Read more about...
24 Replies
•

I didn’t know they were considered natural? Just another form of concentrated sugar? I have read a couple times that sugar is sugar is sugar. Juice is no better than refined sugar because it is concentrated and the way it enters your blood stream. Actual fruit needs to be chewed plus a single orange doesn’t equate to 8 oz of juice. I think I would ask what is absorbed by the body, how much and what happens to it. That might answer the question.

There are a few different kinds of sugars and I have said before that I think people should know and have a right to know what kind of sugar they are ingesting instead of just labelling it as ‘sugar’.

Maybe it should say ‘sugar (Xylitol)’ or something like that.

Blueruth in reply to Matt2584

I was referring to sugar. I did look it up. Sucralose or Splenda is either not a carbohydrate or is so sweet it doesn’t act like one. I didn’t say you should label it “sugar”. I was talking about the effect on the body. Honey is just as likely to give you type 2 as corn syrup if you eat enough. Knowing which one is good but you should limit both. .

Why are you talking about sucralose? I was quite specific about which sweeteners I was comparing to corn syrup.

Xylitol is not a sugar, it's a sugar alcohol.

But I agree, a sugar isn't a sugar. Our bodies respond differently to glucose, lactose, galactose, fructose, dextrose etc.

I’d have to be a rocket scientist to decipher all this information. Ive been to several sites to find out how each artificial sweetener effects the body. That’s the bottom line I’m looking for. Since all the information was the same, I’ve concluded that none of them should be ingested. What to do? Grin and bear it? I won’t add sugar to my diet on a daily basis.

It is very conflicting…you almost might say corporations are involved. My take is the artificial ones are so sweet you don’t ingest enough to be caloric. If you take the sweetener out of a well made latte you can taste sweetness in the espresso. Sugar is often masking bland or bitter foods. Btw…a few grains of salt in coffee makes it less bitter too.

Thank you, Blueruth. I’ll try a little salt in my coffee. I can’t get the bitterness out enough to drink it black. Even expensive coffee is bitter made at home.

I add more than a few grains to my coffee; I needed to get more salt in my diet, and now I prefer my coffee actually tasting a little salty. I haven't added salt to me coffee in front of witnesses, yet.

Okay salted coffee is a bit too far for me! Today I’m relishing whole bean Cuban coffee and wondering if customs will give me the side eye if I bring some home!

That's not the case for two examples here, nor any other sugar alcohols. Erythritol is less sweet than sugar, for example. They work because the molecules aren't in a form suitable for the body to digest, so they pass through us unchanged. For some (sorbitol, maltitol), they draw water into the colon, having a rather catastrophic effect for some of us (me, for example 😱 🤯). Erythritol doesn't do this, so passes through apparently unnoticed.

It's easy to look at corn syrup and think that it's the same as maple syrup, but it's not, the come from very different manufacturing - ahem - plants. If you aren't going to eat one because it's not natural, then I think it makes sense not to eat any.

Different sweeteners do affect the body differently, but it's found that despite all the logic, just replacing sugar drinks with artificially sweetened drinks does not seem to lead to weight loss, so doing without seems the smart move.

I didn’t say they were the same. They started using corn syrup in baked goods because they brown and are a preservative. Now it is in everything processed and you don’t even notice until you start looking. I’m sure if you eat a cup a cup a day of [sweetener of choice] it will be different than some other [sweetener of choice]. Refined sugar is ideal for candied coated apples because of its chemical properties. Most sugars don’t have the same heat point. If you save added sugar for occasional treats as you should your micro nutrient point doesn’t matter. It is more important to indulge in something you love occasionally instead of leaving yourself wanting more. I think that was the message for sugar is a sugar. You are just trading one chemical reaction for another.

“For all of the hubbub about added and natural sugar, the best piece of advice we have now is to simply eat less sugar, with the whole fruit as a notable exception to this rule”

This was triggered by a remark on here, that said that corn syrup was better than artificial sugar healthunlocked.com/healthye...

The NHS lists sugar alcohols as artificial sweeteners, but not corn syrups. nhs.uk/live-well/eat-well/a...

And xylitol and erythritol have E-numbers (European codes for food additives) but the corn syrups do not.

Although Stevia is natural I have read that customers need to be wise in the Stevia they buy.Some can be cheaply made and is not actually natural.

If I was a shopper of Stevia (which I’m not. I get Xylitol) I wouldn’t get it from supermarkets.

Honey is one to look out for and oils can be as well such as Olive Oil.

If you think honey is better than sugar, then you better check you source - just because it says honey, it may contain other things as well

(sorry, it's a Daily Mail link)

The first two are regarded as artificial because they trigger the taste sensation although they do not contain sugar whereas the others are natural sugars that are just extracted. Many nutritionists claim that the artificial ones are just as bad because the taste will cause a release of insulin to deal with the expected sugar intake so it starts the de novo lipogenesis (new fat production) process.

Blueruth in reply to Eryl

Most succinct answer I seen. Thanks!

Subtle_badger in reply to Eryl

We don't need to speculate whether they cause an insulin spike. That can be easily tested by administering the substance and then testing the blood for insulin, and they don't. I have even proved that myself for erythritol. I ingested 3 tsps (🤢) and my blood glucose stayed steady. If insulin had gone up, glucose would have dropped. If the sweetness somehow triggered gluconeogenesis, it would have gone up. I can feel pretty comfortable that it had no effect on me.

That doesn't mean it's necessarily harmless. Trials where sugars were replaced with artificial sweeteners don't seem to result in weight loss. And we are not just our blood glucose, the brain may start craving real sugar for example, and it could affect the microbiome, for example.

Xylitol can is made from corn!?

I dunno where you got that one from but to my knowledge Xylitol comes from birch trees.

And it’s said to be a natural sugar, not artificial.

Cooper27Administrator in reply to Matt2584

It seems it can be sourced from many plants, but corn is the most common:bbcgoodfood.com/howto/guide...

It's literally in the Wikipedia entry I quoted. 🙄

But do you think they are chopping down birch trees to make a sugar substitute? xylitol.org/about-xylitol/c...

The best artificial sweeteners for people with diabetes 💚

After Matt's poll on artificial sugars I thought that it would be useful to put a different spin...

high in fibre ,low in saturated fat ,low in processed sugar ,vegetarian or vegan with occasional...