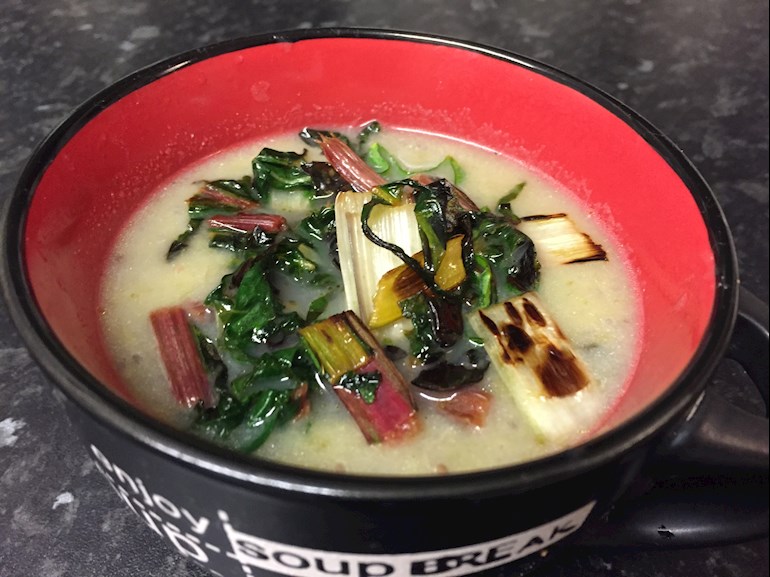 Here's a soup that I made yesterday with leeks, onion and potatoes and topped with rainbow chard. I used home made stock and coconut milk, so it's suitable for vegans.

This is a really simple soup as you just cook leek, onion and potato (I cook mine in their skin) blended with a little salt and black pepper and coconut milk. Tonight I topped with rainbow chard cut into little pieces and gently fried for 5 mins in olive oil. Its a complete meal in a bowl and very easy to make.

I love soup this time of year 😊 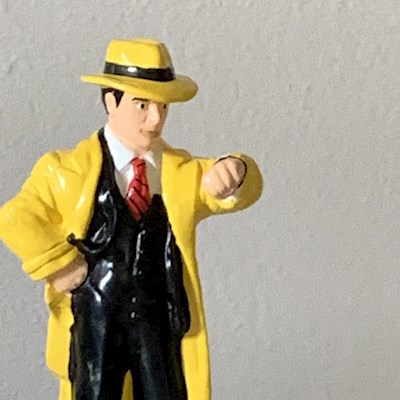 Jerry
Administrator
To view profiles and participate in discussions please or .
22 Replies
•

I also love soup at this time of year. Yummy and very warming.

Thanks ever so much Zest as you're such a good cook 😊

Potato soup is a favorite of mine. Never had leeks in the soup before, so I will have to try it this way soon! Thank you, Jerry for the idea.

Thanks !eah, It’s a winter favourite in the UK.

Great to hear that!😀

Looks amazing. My stepdad made a very nice potato and leek soup, even as a child I couldn’t get enough.

The rainbow chard on top gives it that bit extra. Nice one! x

Hey thanks and seasonal recipes are the best,

Thanks Alicia, I hope you enjoyed your mushroom burgers 😊

The burgers needed more flavour but as I have said to Zest I used Portobello Mushrooms and not Chestnut ones and that would have made a difference to the flavour. I will use herbs next times as I love the flavour of herbs.

Hi Alicia, sorry I missed your reply to Zest, thanks for posting the recipe as I love chick peas and chestnut mushrooms so will defo being making some.

And you know for next time as chestnut mushrooms have a lovely peppery flavour.

Ps I've used portobello mushrooms instead of a pizza base.

Don't worry about that Jerry, I'll tag you next time. Chestnut Mushrooms have a lovely flavour.

I'll have a look at using the Portobello Mushrooms for a pizza base, a very good idea.

leek and potato creamy soup was the soup i made the most... sadly no leeks in thailand, until a few weeks ago and i have since made it 3 times..

shop are closed today , but will be buying leeks tomorrow ☺

Are leeks in season year round, Hidden?

they probley will all year round .. as they will no doubt be growing in thailand soon .

the ones i have found where imported from new zealand and they sold in the same day as they didnt have the next day.

the last few visits to that suppermarket they didnt have.

yep... its very nice, and i can say that with a smile as i can see an end of the building work soon ... its lovely and cool and so quite with one or two of the early morning birds cooing and tweeting.🤗

Love to see the picture when you’re able.😀

half a tin of coconut milk some low salt bouillon a little dried chilli and black pepper.

When cooked and blended I added some finely...

My lunch today is some Homemade Leek & Potato soup, plus the Wholemeal Bread that I baked...

lightly fried red onion with orange and yellow sweet peppers and while this was going on, I cooked...